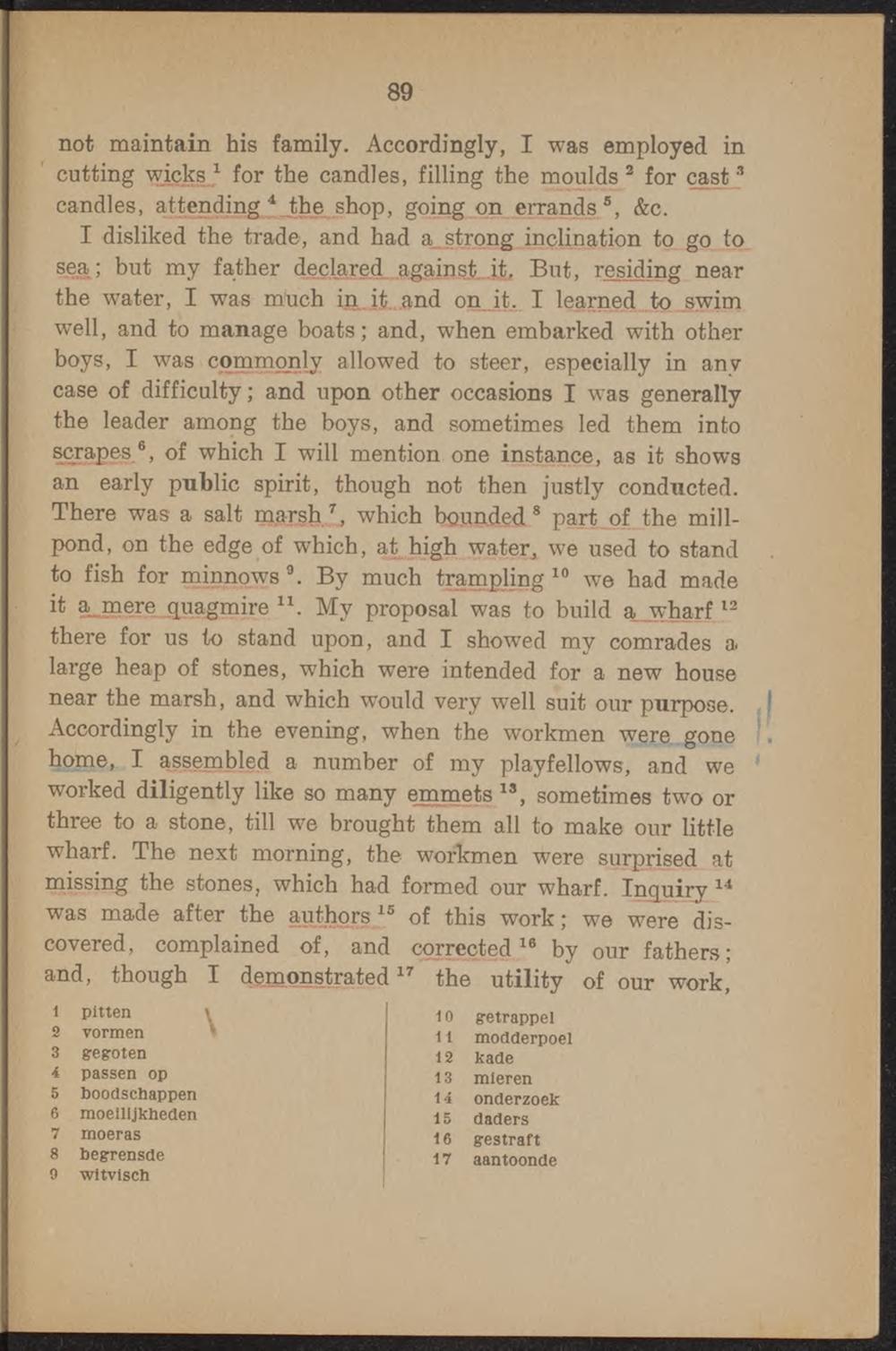 not maintain his family. Accordingly, I was employed in cutting wjcks,1 for the candles, filling the moulds 2 for cast3 candles, attradingj| Jhe. shop, going on errands8. &c.

I disliked the trade, and had a_jtroD^,mc.hjna.tion to go to sea; but my father declared against it, But, residing near the water, I was much ia.iL.and on__it. I learned to swim well, and to manage boats; and, when embarked with other boys, I was - cpmmonly allowed to steer, especially in any case of difficulty; and upon other occasions I was generally the leader among the boys, and sometimes led them into scrapes8, of which I will mention one instance, as it shows an early public spirit, though not then justly conducted. There was a salt rnjrshjj which bojrflded..8 partjof Jhe millpond, on the edge of which, at high water, we used to stand to fish for minnows 9. By much trampling 10 we had made i* a^er^a^agmire 11. My proposal was to build a wharf 12 there for us to stand upon, and I showed my comrades a large heap of stones, which were intended for a new house near the marsh, and which would very well suit our purpose. Accordingly in the evening, when the workmen were^ojie hcjne, I assembled a number of my playfellows, and we worked diligently like so many emmets 18, sometimes two or three to a stone, till we brought them all to make our little wharf. The next morning, the workmen were surprjsed at | ©Jisjng tne stones, which had formed our wharf. Inquiry 14 was made after the authprs_ls of this work; we were discovered, complained of, and cprrected..18 by our fathers; and, though I demonstrated17 the utility of our work,