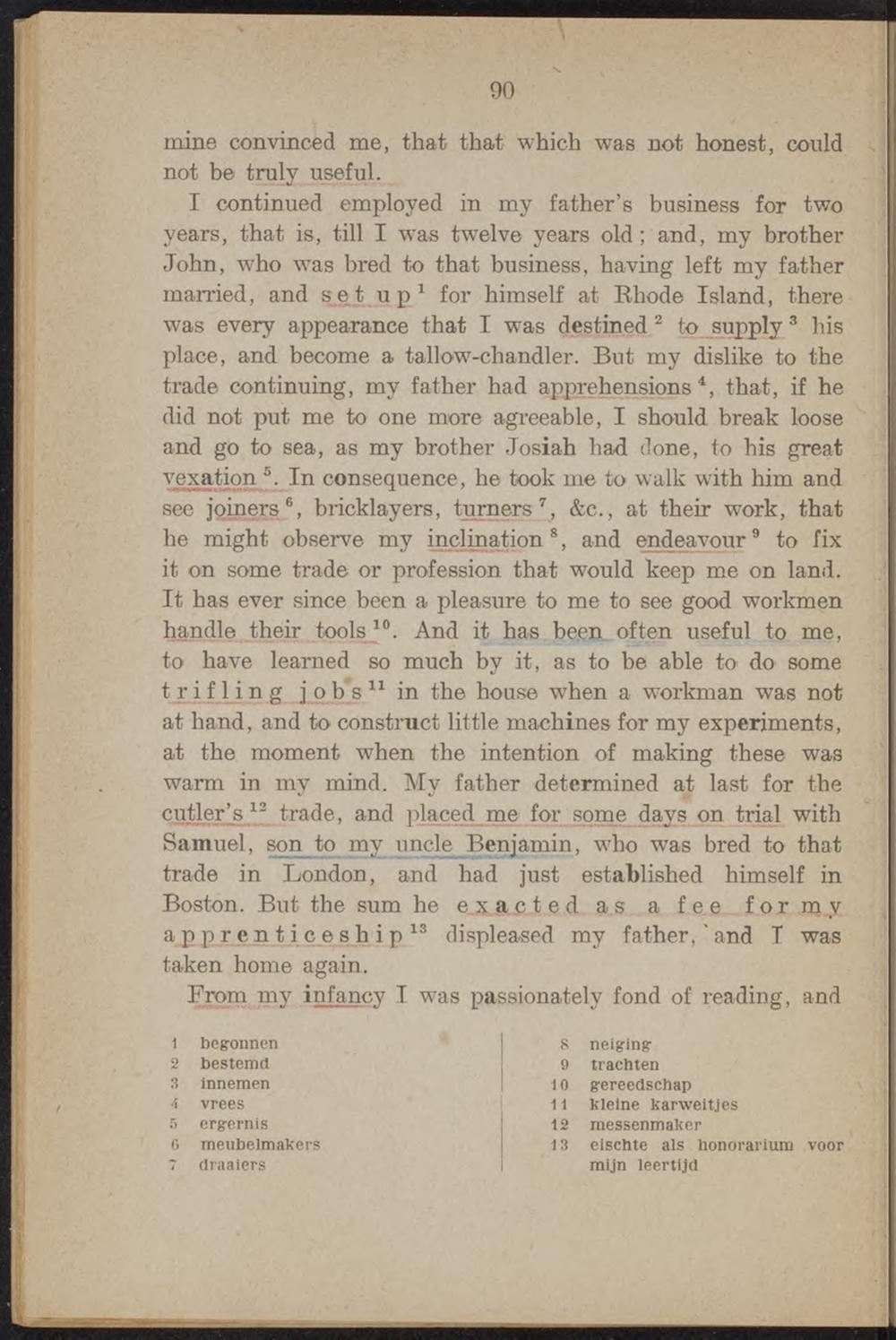 mine convinced me, that that which was not honest, could not be tralYjisefulv_

I continued employed in my father's business for two years, that is, till I was twelve years old; and, my brother John, who was bred to that business, ha ving left my father married, and s_e t ji p 1 for himself at Rhode Island, there was every appearance that I was djej|Jned_2 to supply3 his place, and become a tallow-chandler. But my dislike to the trade continuing, my father had amwêh^nsipns 4, that, if he did not put me to one more agreeable, I should break loose and go to sea, as my brother Josiah had done, to his great vexation s. In consequence, he took me to walk with him and see joiners6. bricklayers, turners7, &c, at their work, that he might observe my mcjmation 8, and endeavour9 to fix it on some trade or profession that would keep me on land. It has ever since been a pleasure to me to see good workmen handle tfaéir toolsi10. And it has J^ejj. often useful to me, to have learned so much by it, as to be able to do some trifling jobs11 in the house when a workman was not at hand, and to construct little machines for my experiments, at the moment when the intention of making these was warm in my mind. My father determined at last for the cutler's12 trade. and placed me for some days on trial with Samuel, son to my uncle Benjamin, who was bred to that trade in London, and had just established himself in Boston. But the sum he e.]UUi&&,sL,9>£, a f e o . f or MJl.. apprent iceship 13 displeased my father,' and I was taken home again.

Fromjgry infancy I was passionately fond of reading, and