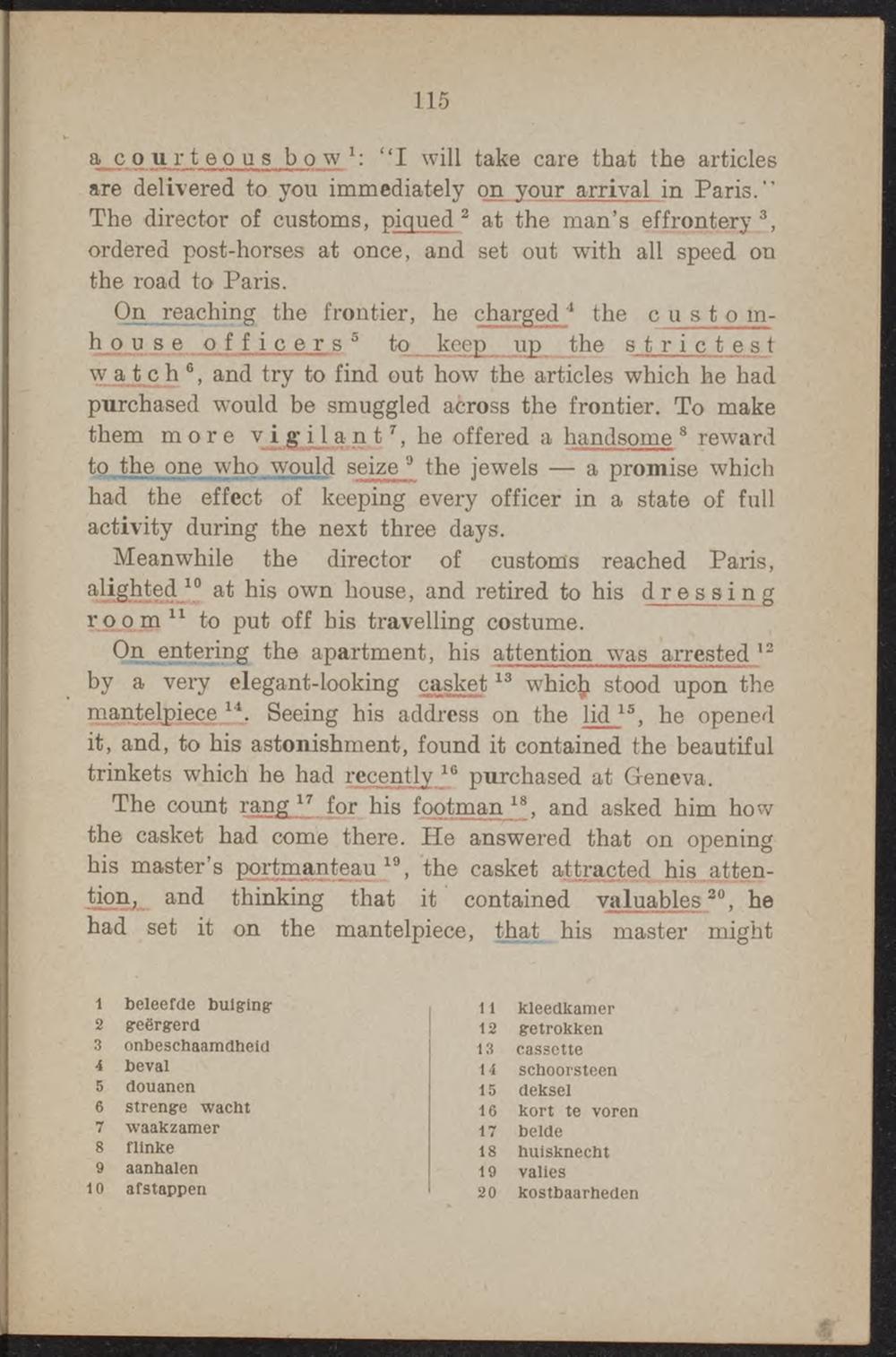 a courteous bow1: "I will take care that the articles are delivered to you immediately on your arrival in Paris." The directer of customs, piqued 2 at the man's efj^ontery 3, ordered post-horses at once, and set out with all speed on the road to Paris.

On reaching the frontier, he charged4 the customhouse o f f i c e r s 5 to keep up the strictest watch6, and try to find out how the articles which he had purchased would be smuggled across the frontier. To make them more vi gil an t7, he offered a handsome 8 reward to the one who would seize9 the jewels — a promise which had the effect of keeping every officer in a state of full activity during the next three days.

Meanwhile the directer of customs reached Paris, alighted 10 at his own house, and retired to his dressing rpjom 11 to put off bis travelling costume.

On entering the apartment, his attention was arrested 12 by a very elegant-iooking casket18 which stood upon the mantelpiece 14. Seeing his address on the lid 15, he opened it, and, to his astonishment, found it contained the beautiful trinkets which he had recently 16 purchased at Geneva.

The count rang 17 for his footman18, and asked him how the casket had come there. He answered that on opening his master's portmanteau 19, 'the casket attracted his attontion^ and thinking that it contained valuables20, he had set it on the mantelpiece, that his master might