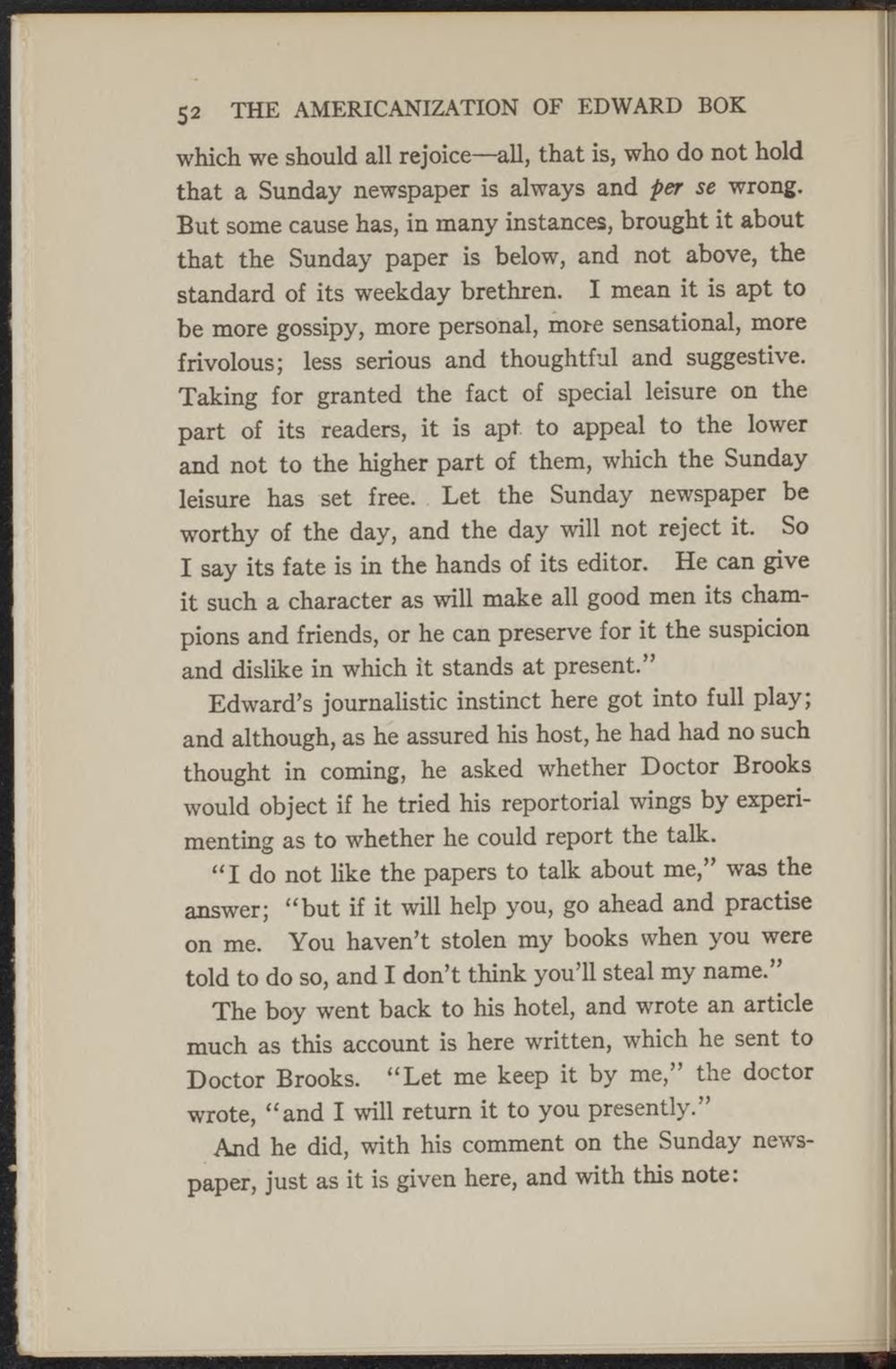 which we should all rejoice—all, that is, who do not hold that a Sunday newspaper is always and per se wrong. But some cause has, in many instances, brought it about that the Sunday paper is below, and not above, the Standard of its weekday brethren. I mean it is apt to be more gossipy, more personal, mme sensational, more frivolous; less serious and thoughtful and suggestive. Taking for granted the fact of special leisure on the part of its readers, it is apt. to appeal to the lower and not to the higher part of them, which the Sunday leisure has set free. Let the Sunday newspaper be worthy of the day, and the day will not reject it So I say its fate is in the hands of its editor. He can give it such a character as will make all good men its champions and friends, or he can preserve for it the suspicion and dislike in which it stands at present."

Edward's journalistic instinct here got into full play; and although, as hé assured his host, he had had no such thought in coming, he asked whether Doctor Brooks would object if he tried his reportorial wings by experimenting as to whether he could report the talk.

"I do not like the papers to talk about me," was the answer; "but if it will help you, go ahead and practise on me. You haven't stolen my books when you were told to do so, and I don't think you'11 steal my name."

The boy went back to his hotel, and wrote an article much as this account is here written, which he sent to Doctor Brooks. "Let me keep it by me," the doctor wrote, "and I will return it to you presently."

And he did, with his comment on the Sunday newspaper, just as it is given here, and with this note: