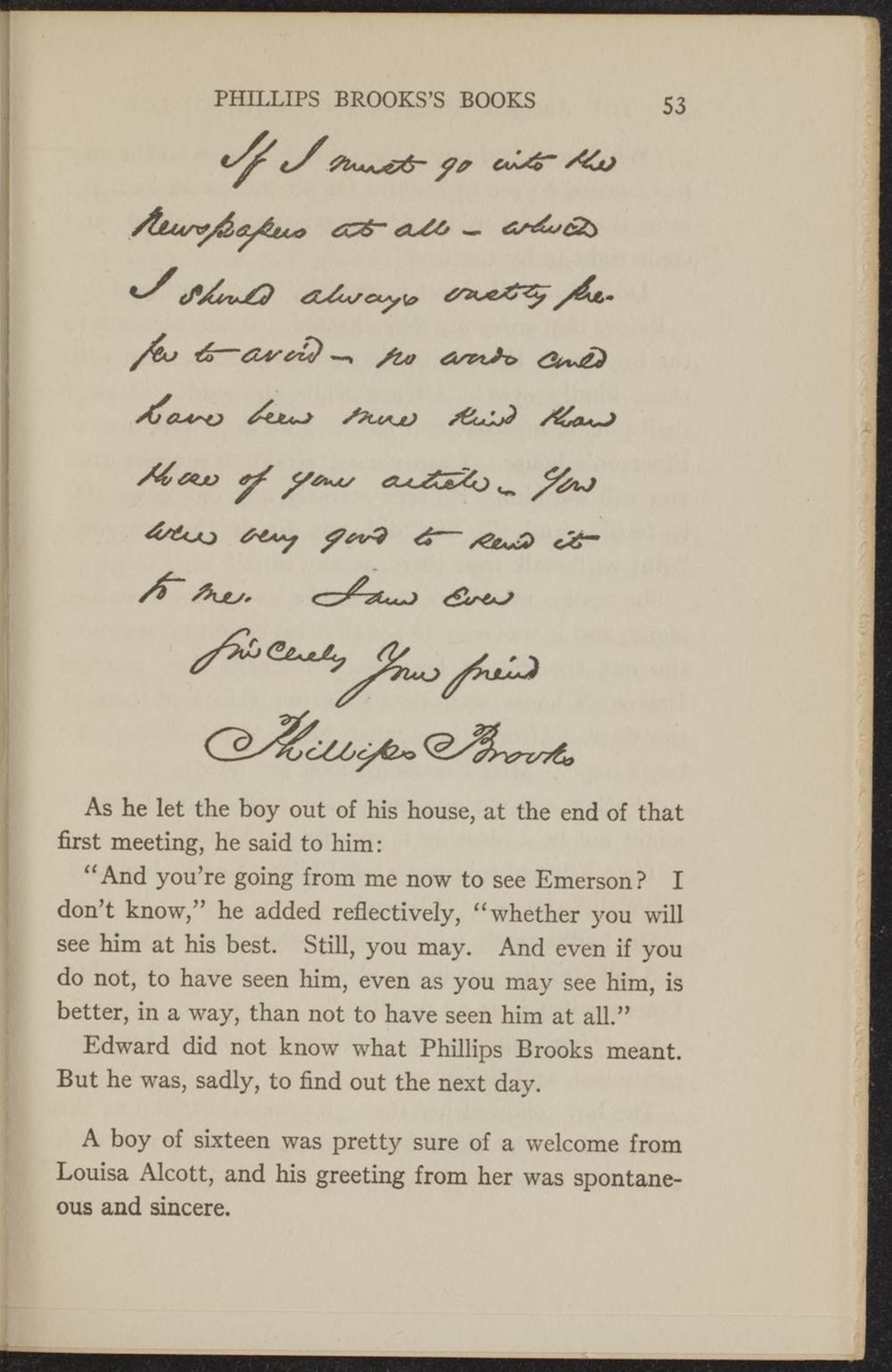 As he let the boy out of his house, at the end of that first meeting, he said to him:

"And you're going from me now to see Emerson? I don't know," he added reflectively, "whether you will see him at his best. Still, you may. And even if you do not, to have seen him, even as you may see him, is better, in a way, than not to have seen him at all."

Edward did not know what Phillips Brooks meant. But he was, sadly, to find out the next day.

A boy of sixteen was pretty sure of a welcome from Louisa Alcott, and his greeting from her was spontaneous and sincere.