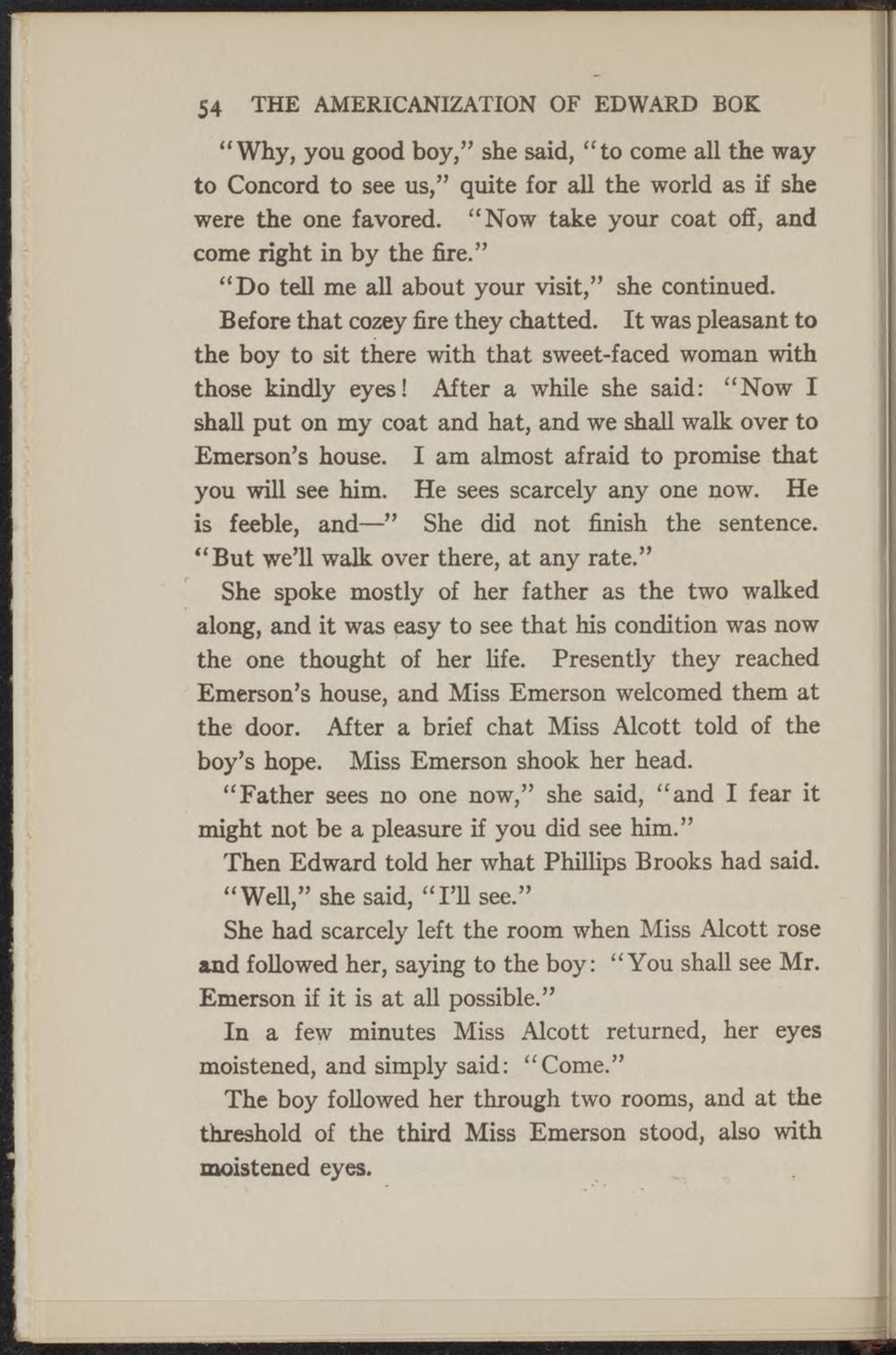 "Why, you good boy," she said, "to come all the way to Concord to see us," quite for all the world as if she were the one favored. "Now take your coat off, and come right in by the fire."

"Do teil me all about your visit," she continued.

Before that cozey fire they chatted. It was pleasant to the boy to sit there with that sweet-faced woman with those kindly eyes! After a while she said: "Now I shall put on my coat and hat, and we shall walk over to Emerson's house. I am almost afraid to promise that you will see him. He sees scarcely any one now. He is feeble, and—" She did not finish the sentence. "But well walk over there, at any rate."

She spoke mostly of her father as the two walked along, and it was easy to see that his condition was now the one thought of her life. Presently they reached Emerson's house, and Miss Emerson welcomed them at the door. After a brief chat Miss Alcott told of the boy's hope. Miss Emerson shook her head.

"Father sees no one now," she said, "and I fear it might not be a pleasure if you did see him."

Then Edward told her what Pliillips Brooks had said.

She had scarcely left the room when Miss Alcott rose and followed her, saying to the boy: "You shall see Mr. Emerson if it is at all possible."

The boy followed her through two rooms, and at the threshold of the third Miss Emerson stood, also with moistened eyes.