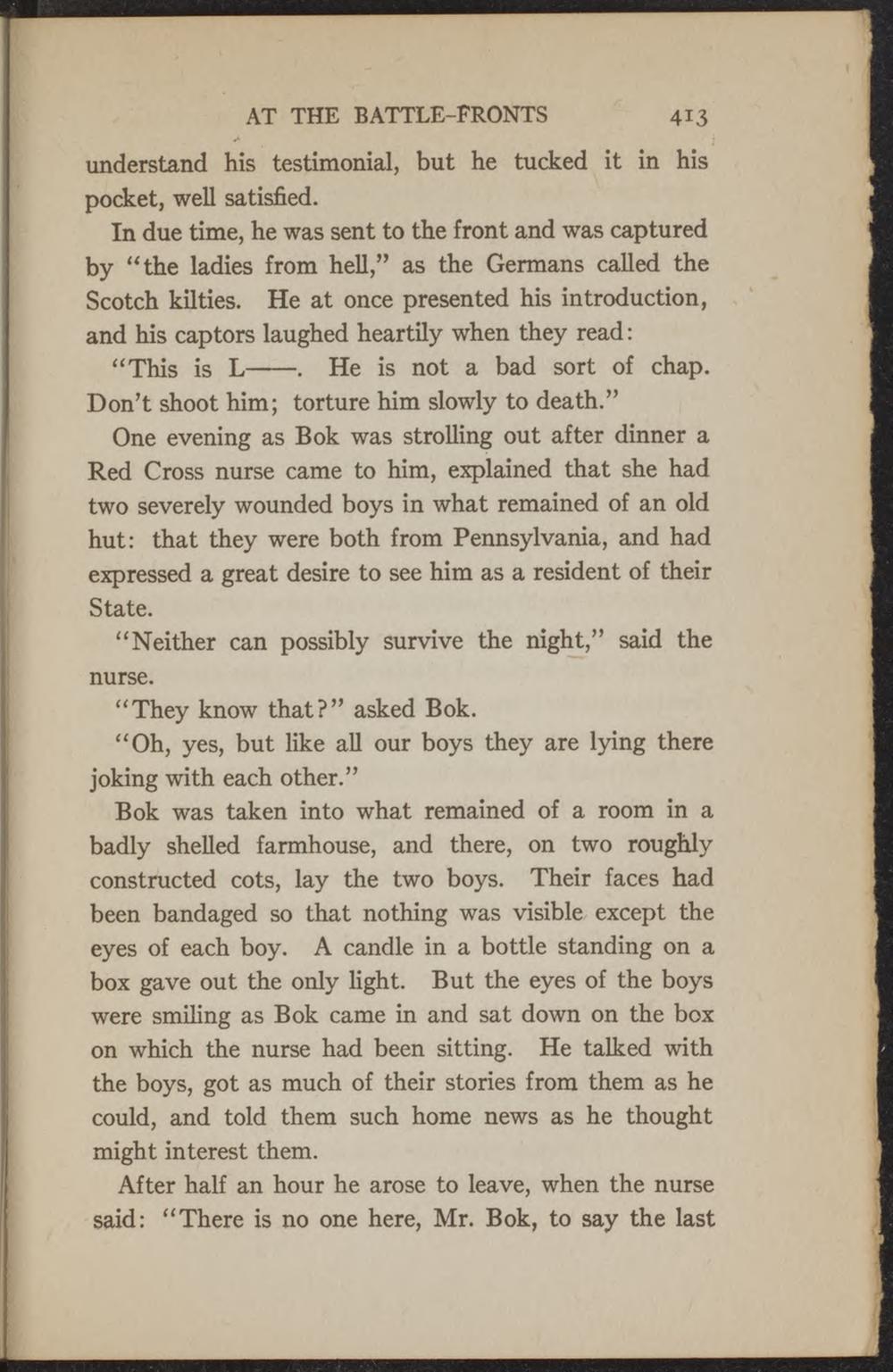 understand his testimonial, but he tucked it in his pocket, well satisfied.

In due time, he was sent to the front and was captured by "the ladies from heil," as the Germans called the Scotch kilties. He at once presented his introduction, and his captors laughed heartily when they read:

"This is L——. He is not a bad sort of chap. Don't shoot him; torture him slowly to death."

One evening as Bok was strolling out after dinner a Red Cross nurse came to him, explained that she had two severely wounded boys in what remained of an old hut: that they were both from Pennsylvania, and had expressed a great desire to see him as a resident of their State.

"Neither can possibly survive the night," said the nurse.

"They know that?" asked Bok.

"Oh, yes, but like all our boys they are lying there joking with each other."

Bok was taken into what remained of a room in a badly shelled farmhouse, and there, on two roughly constructed cots, lay the two boys. Their faces had been bandaged so that nothing was visible except the eyes of each boy. A candle in a bottle standing on a box gave out the only light. But the eyes of the boys were snuling as Bok came in and sat down on the box on which the nurse had been sitting. He talked with the boys, got as much of their stories from them as he could, and told them such home news as he thought might interest them.

After half an hour he arose to leave, when the nurse said: "There is no one here, Mr. Bok, to say the last