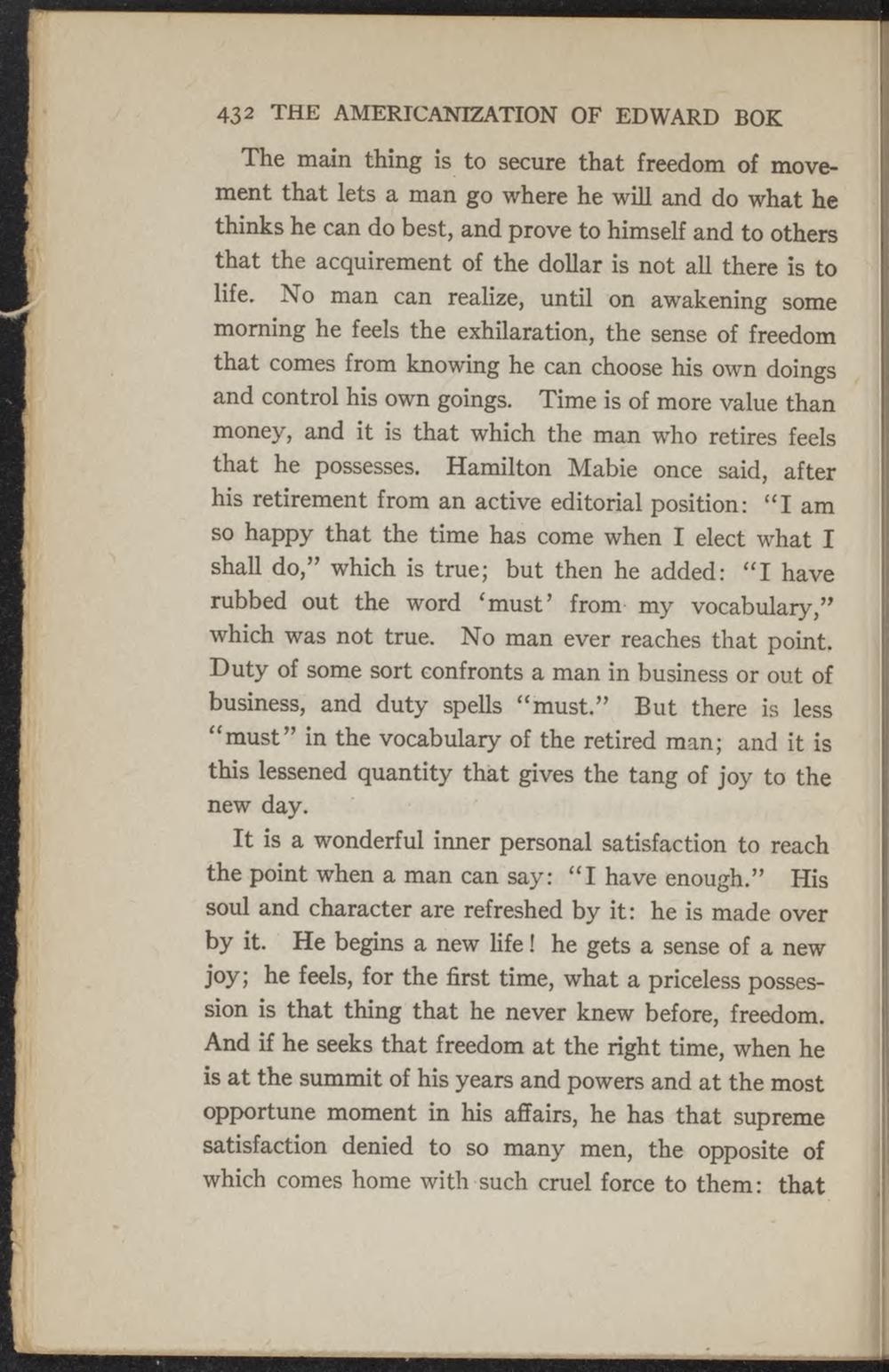 The main thing is to secure that freedom of movement that Iets a man go where he will and do what he thinks he can do best, and prove to himself and to others that the acquirement of the dollar is not all there is to life. No man can realize, until on awakening some morning he feels the exhilaration, the sense of freedom that comes from knowing he can choose his own doings and control his own goings. Time is of more value than money, and it is that which the man who retires feels that he possesses. Hamilton Mabie once said, after his retirement from an active editorial position: "I am so happy that the time has come when I elect what I shall do," which is true; but then he added: "I have rubbed out the word 'must' from my vocabulary," which was not true. No man ever reaches that point, Duty of some sort eonfronts a man in busmess or out of business, and duty spells "must." But there is less "must" in the vocabulary of the retired man; and it is this lessened quantity that gives the tang of joy to the new day.

It is a wonderful inner personal satisfaction to reach the point when a man can say: "I have enough." His soul and character are refreshed by it: he is made over by it. He begins a new life! he gets a sense of a new joy; he feels, for the first time, what a priceless possession is that thing that he never knew before, freedom. And if he seeks that freedom at the right time, when he is at the summit of his years and powers and at the most opportune moment in his affairs, he has that suprème satisfaction denied to so many men, the opposite of which comes home with such cruel force to them: that