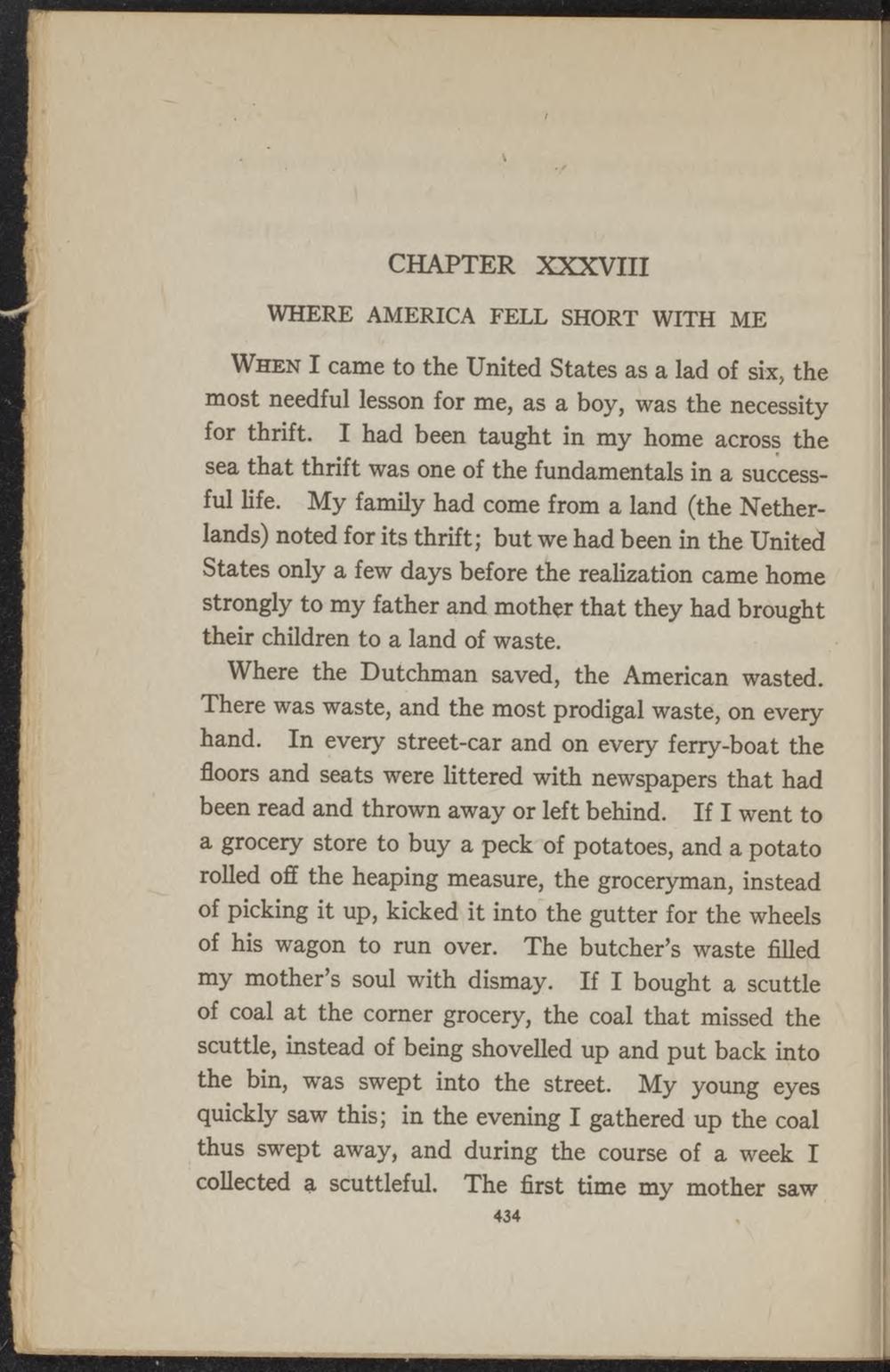 WHERE AMERICA FELL SHORT WITH ME

When I came to the United States as a lad of six, the most needful lesson for me, as a boy, was the necessity for thrift. I had been taught in my home across the sea that thrift was one of the fundamentais in a successful life. My family had come from a land (the Netherlands) noted for its thrift; but we had been in the United States only a few days before the realization came home strongly to my father and mother that they had brought their children to a land of waste.

Where the Dutchman saved, the American wasted. There was waste, and the most prodigal waste, on every hand. In every street-car and on every ferry-boat the floors and seats were üttered with newspapers that had been read and thrown away or left behind. If I went to a grocery store to buy a peck of potatoes, and a potato rolled off the heaping measure, the groceryman, instead of picking it up, kicked it into the gutter for the wheels of bis wagon to run over. The butcher's waste filled my mother's soul with dismay. If I bought a scuttle of coal at the corner grocery, the coal that missed the scuttle, instead of being shovelled up and put back into the bin, was swept into the street. My young eyes quickly saw this; in the evening I gathered up the coal thus swept away, and during the course of a week I collected a scuttleful. The first time my mother saw