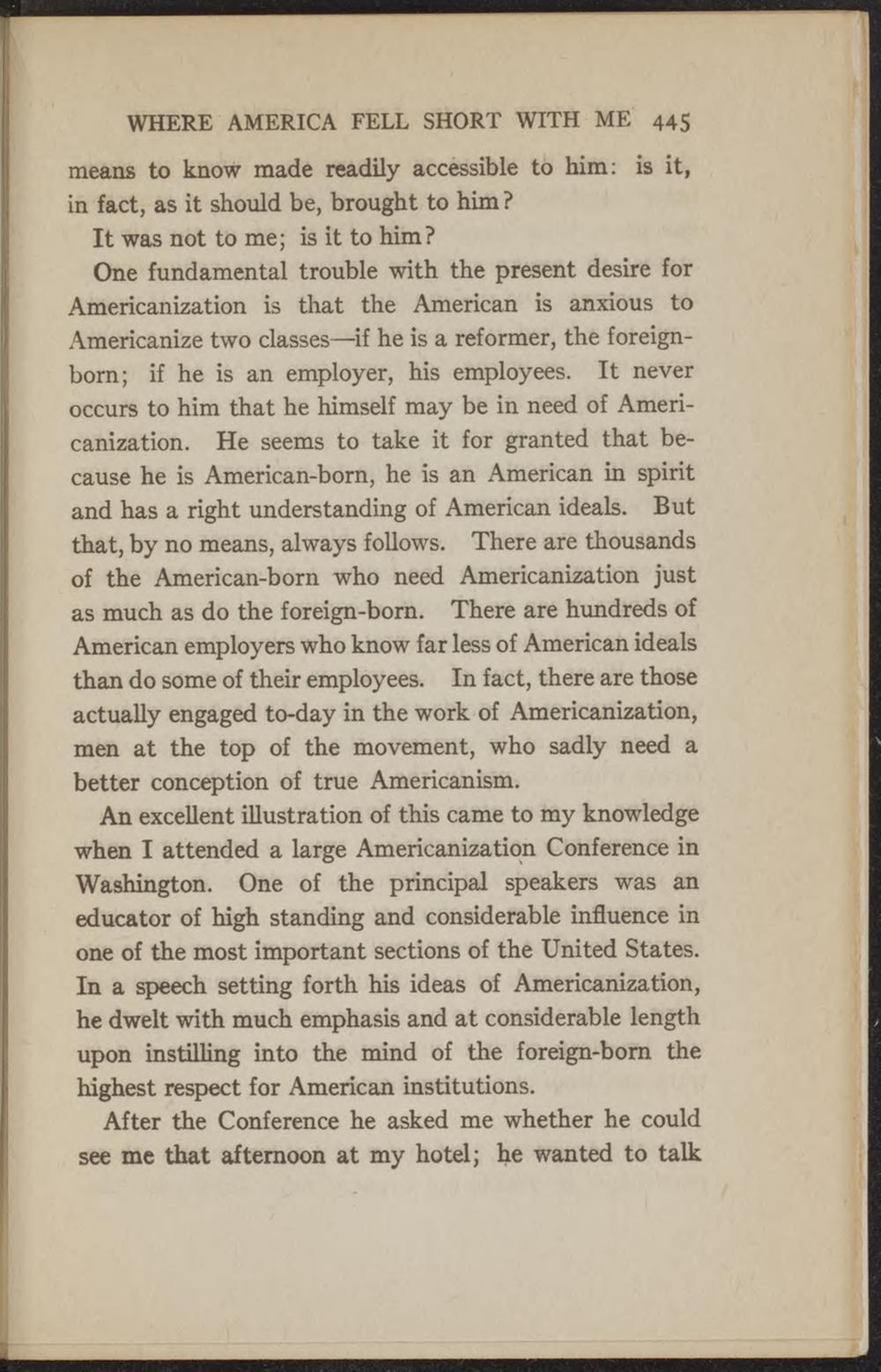 WHERE AMERICA FELL SHORT WITH ME

means to know made readily accéssible to him: is it, in fact, as it should be, brought to him? It was not tö me; is it to him? One fundamental trouble with the present desire for Americanization is that the American is anxious to Americanize two classes—if he is a reformer, thè foreignborn; if he is an employer, his employees. It never occurs to him that he himself may be in need of Americanization. He seems to take it for granted that because he is American-born, he is an American in spirit and has a right understanding of American ideals. But that, by no means, always follows. There are thousands of the American-born who need Americanization just as much as do the foreign-born. There are hundreds of American employers who know far less of American ideals than do some of their employees. In fact, there are those actually engaged to-day in the work of Americanization, men at the top of the movement, who sadly need a better conception of true Americanism.

An excellent ülustration of this came to my knowledge when I attended a large Americanization Conference in Washington. One of the principal speakers was an educator of high standing and considerable influence in one of the most important sections of the United States. In a speech setting forth his ideas of Americanizatièn, he dwelt with much emphasis and at considerable length upon mslilling into the mind of the foreign-born the highest respect for American institutions.

After the Conference he asked me whether he could see me that afternoon at my hotel; he wanted to talk