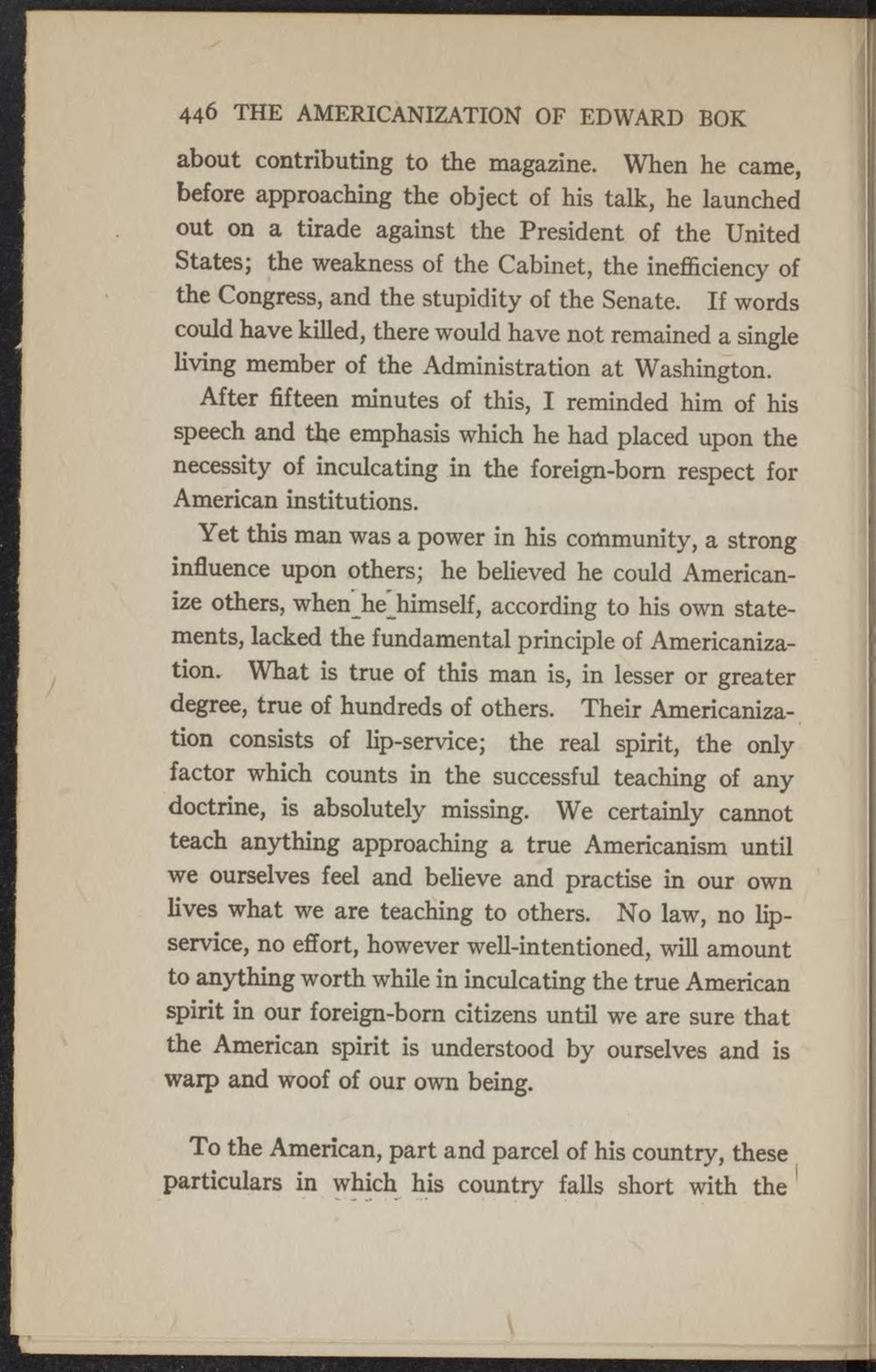 about contributing to the magazine. When he came, before approaching the object of his talk, he launched out on a tirade against the President of the United States; the weakness of the Cabinet, the inefficiency of the Congress, and the stupidity of the Senate. If words could have killed, there would have not remained a single living member of the Administration at Washington.

After fifteen minutes of this, I reminded him of his speech and the emphasis which he had placed upon the necessity of inculcating in the foreign-born respect for American institutions.

Yet this man was a power in his community, a strong influence upon others; he believed he could Americanize others, whenhe^himself, according to his own statements, lacked the fundamental principle of Americanization. What is true of this man is, in lesser or greater degree, true of hundreds of others. Their Americaniza-, tion consists of lip-service; the real spuit, the only factor which counts in the successful teaching of any doctrine, is absolutely missing. We certainly cannot teach anything approaching a true Americanism until we ourselves feel and believe and practise in our own lives what we are teaching to others. No law, no lipservice, no effort, however well-intentioned, will amount to anything worth while in inculcating the true American spuit in our foreign-born citizens until we are sure that the American spirit is understood by ourselves and is warp and woof of our own being.

To the American, part and parcel of his country, these particulars in which his country falls short with the