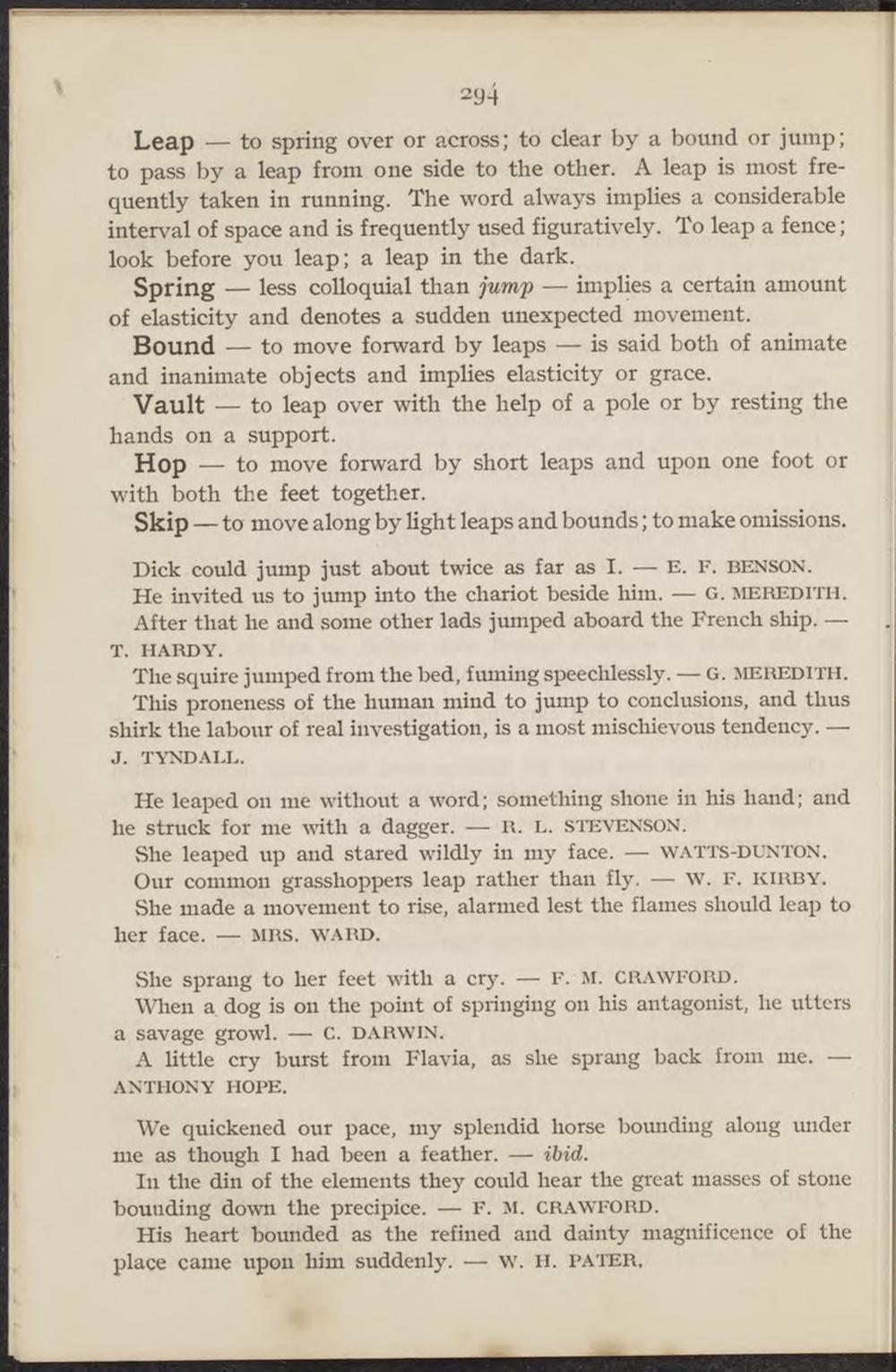 Leap — to spring over or across; to clear by a bound or jump; to pass by a leap from one side to the other. A leap is most frequently taken in running. The word always implies a considerable interval of space and is frequently used figuratively. To leap a fence; look before you leap; a leap in the dark.

Bound — to move forward by leaps — is said both of animate and inanimate objects and implies elasticity or grace.

Vault — to leap over with the help of a pole or by resting the hands on a support.

Hop — to move forward by short leaps and upon one foot or with both the feet together.

Skip—to move along by light leaps and bounds; to make omissions.

Dick could jump just about twice as far as I. — e. f. benson. He invited us to jump into the chariot beside him. — g. meredith. After that he and some other lads jumped aboard the French ship. —

The squire jumped from the bed, fuming speechlessly. — g. meredith. This proneness of the human mind to jump to conclusions, and thus shirk the labour of real investigation, is a most mischievous tendency. —

He leaped on me without a word; something shone in his hand; and he sttuck for me with a dagger. — r. l. stevenson.

She leaped up and stared wildly in my face. — watts-dunton.

Our common grasshoppers leap rather than fly. — w. f. kirby.

She made a movement to rise, alarmed lest the flames should leap to her face. — mrs. ward.

She sprang to her feet with a cry. — f. m. crawford. When a. dog is on the point of springing on his antagonist, he utters a savage growl. — c. darwin. A little cry burst from Flavia, as she sprang back from me. —

We quickened our pace, my splendid horse bounding along under me as though I had been a feather. — ibid.

In the din of the elements they could hear the great masses of stone bounding down the precipice. — f. m. crawford.

His heart bounded as the refined and dainty magnificence of the place came upon him suddenly. — w. h. pater,