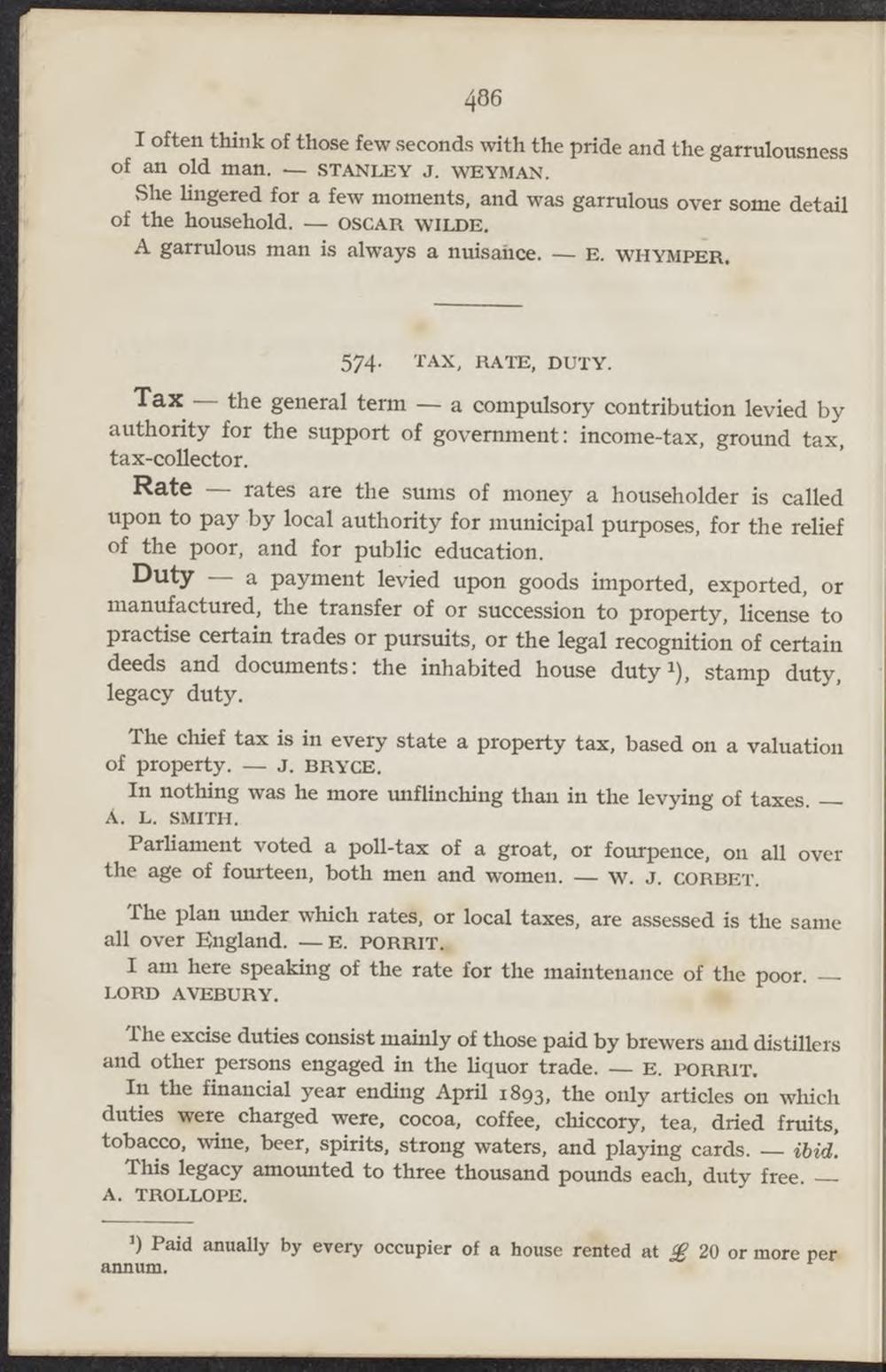 I often think of those few seconds with the pride and thegarrulousness of an old man. — stanley j. weyman.

She lingered for a few moments, and was garrulous over some detail of the household. — oscar wilde.

A garrulous man is always a nuisahce. — e. whymper.

Tax — the general term — a compulsory contribution levied by authority for the support of government: income-tax, ground tax, tax-collector.

Rate — rates are the sums of money a householder is called upon to pay by local authority for municipal purposes, for the reliëf of the poor, and for public education.

Duty — a payment levied upon goods imported, exported, or manufactured, the transfer of or succession to property, license to practise certain trades or pursuits, or the legal recognition of certain deeds and documents: the inhabited house duty1), stamp duty, legacy duty.

The chief tax is in every state a property tax, based on a valuation of property. — j. bryce.

In nothing was he more unflincbing than in the levying of taxes.

Parliament voted a poll-tax of a groat, or fourpence, on all over the age of fourteen, both men and women. — w. j. corbet.

The plan under. which rates, or local taxes, are assessed is the same all over England. —e. porrit^ I am here speaking of the rate for the maintenance of the poor. —

The excise duties consist mainly of those paid by brewers and distillers and other persons engaged in the liquor trade. — e. porrit.

This legacy amounted to three thousand pounds each, duty free.

') Paid anually by erery occupier of a house rented at £ 20 or more pee, annum.