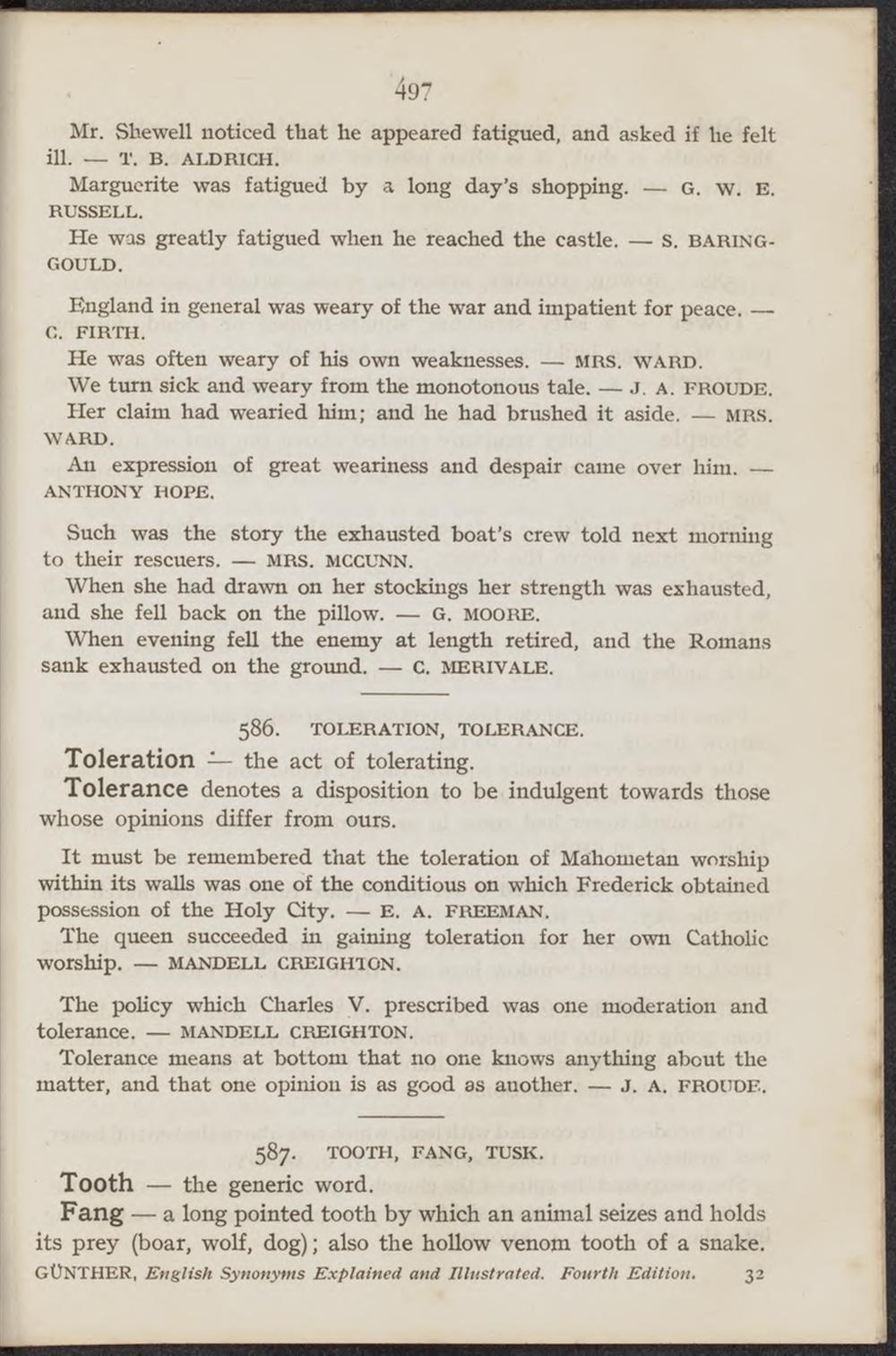 Mr. Shewell noticed that he appeared fatigued, and asked if he feit ill. — t. b. aldrich.

Marguerite was fatigued by a long day's shopping. — g. w. b. russell.

He was greatly fatigued when he reached the castle. — s. baringgould.

England in general was weary of the war and impatient for peace. — c. firth.

He was often weary of his own weaknesses. — mrs. ward. We turn sick and weary from the monotonous tale. — J. a. froude. Her daim had wearied him; and he had brushed it aside. — mbs. wabd.

An expression of great weariness and despair came over him. —

Such was the story the exhausted boat's crew told next morning to their rescuers. — mrs. mccunn.

When she had drawn on her stockings her strength was exhausted, and she feil back on the pillow. — g. moore.

When evening feil the enemy at length retired, and the Romans sank exhausted on the ground. — c. merivale.

Toleration — the act of tolerating.

Tolerance denotes a disposition to be indulgent towards those whose opinions differ from ours.

It must be remembered that the toleration of Mahonietan worship within its walls was one of the conditious on which Frederick obtained possession of the Holy City. — e. a. freeman.

The queen succeeded in gaining toleration for her own Catholic

The policy which Charles V. prescribed was one moderation and tolerance. — mandell creighton.

Tolerance means at bottom that no one knows anything about the matter, and that one opinion is as good as another. — j. a. froude.

Fang — a long pointed tooth by which an animal seizes and holds its prey (boar, wolf, dog); also the hollow venom tooth of a snake.