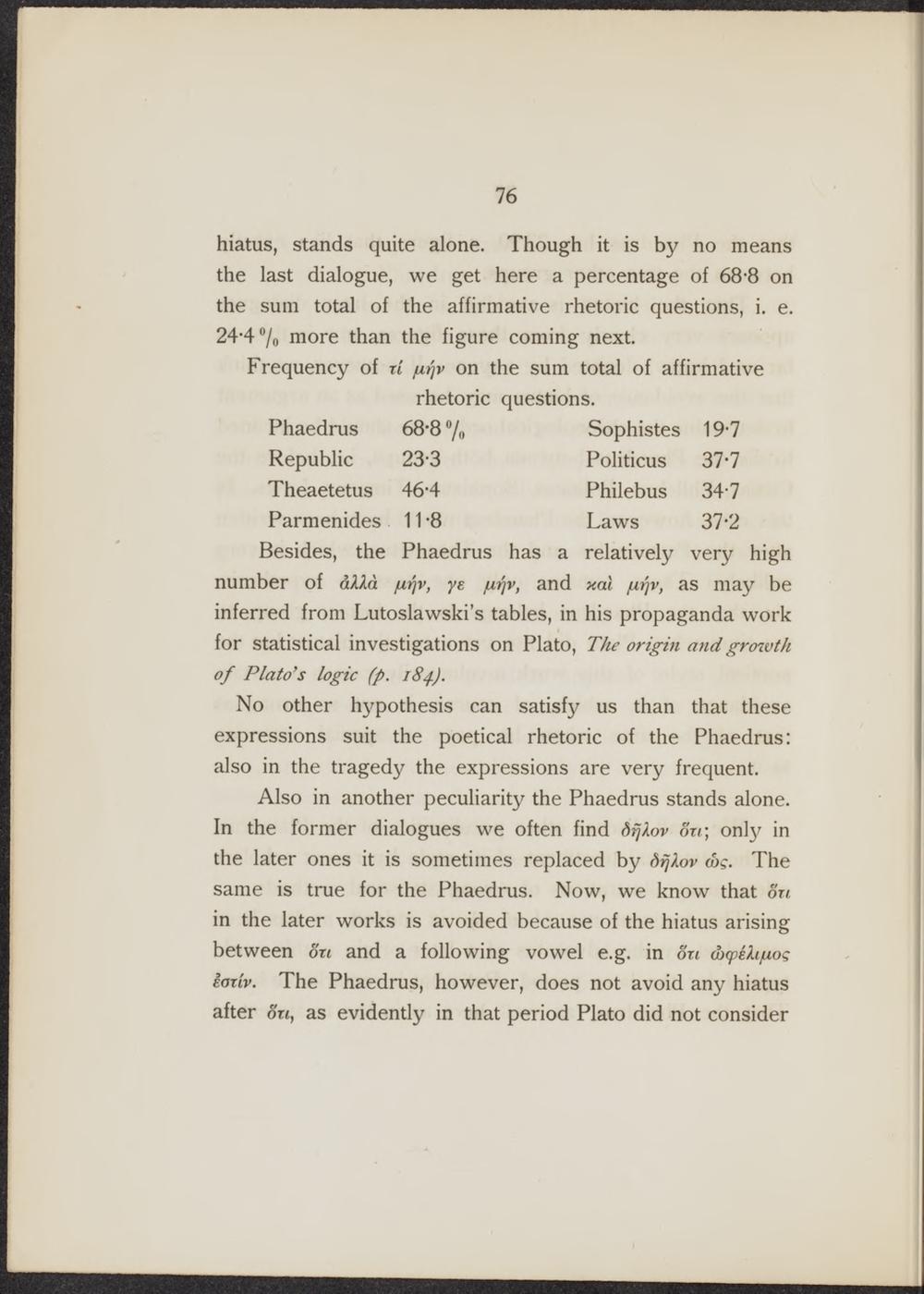 hiatus, stands quite alone. Though it is by no means the last dialogue, we get here a percentage of 68 8 on the sum total of the affirmative rhetoric questions, i. e. 24*4 % more than the figure coming next.

Besides, the Phaedrus has a relatively very high number of dXXd ft/pr, ye juijv, and xal /utjv, as may be inferred from Lutoslawski's tables, in his propaganda work for statistical investigations on Plato, The origin and grorvth of Plato's logic (p. 184.).

No other hypothesis can satisfy us than that these expressions suit the poetical rhetoric of the Phaedrus: also in the tragedy the expressions are very frequent.

Also in another peculiarity the Phaedrus stands alone. In the former dialogues we often find drjXov Sn; only in the later ones it is sometimes replaced by èrjXov ó>g. The same is true for the Phaedrus. Now, we know that 8u in the later works is avoided because of the hiatus arising between Sn and a following vowel e.g. in on SxpèXifiog ioztv. The Phaedms, however, does not avoid any hiatus after as evidently in that period Plato did not consider