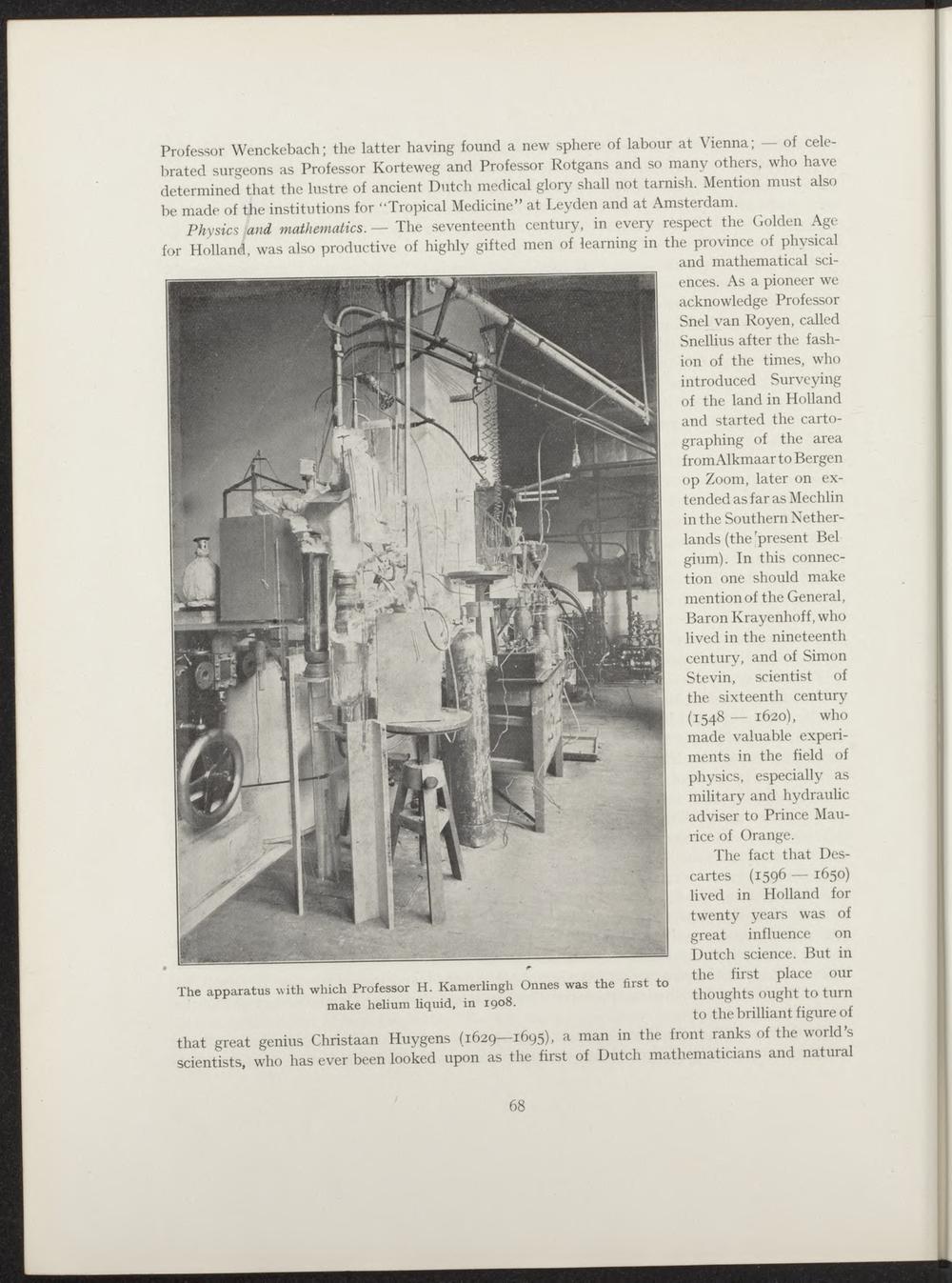 Professor Wenckebach; the latter having found a new sphere of labour at Vienna; — of celebrated surgeons as Professor Korteweg and Professor Rotgans and so many others, who have determined that the lustre of ancient Dutch medical glory shall not tarnish. Mention must also be made of tjie institutions for 'Tropical Medicine" at Leyden and at Amsterdam.

Physics land mathematics.— The seventeenth century, in every respect the Golden Age for Hollani, was also productive of highly gifted men of learning in the provmce of physical

ences. As a pioneer we acknowledge Professor Snel van Royen, called Snellius after the fashion of the times, who introduced Surveying of the land in Holland and started the cartographing of the area from Alkmaar to Bergen op Zoom, later on extended as far as Mechlin in the Southern Netherlands (the 'present Bel gium). In this connection one should make mention of the General, Baron Krayenhof f, who lived in the nineteenth century, and of Simon Stevin, scientist of the sixteenth century (1548 — 1620), who made valuable experiments in the field of physics, especially as military and hydraulic adviser to Prince Maurice of Orange.

The fact that Descartes (1596 — 1650) lived in Holland for twenty years was of great influence on Dutch science. But in

that great genius Christaan Huygens (1629-1695), a man in the front ranks of the world's scientists, who has ever been looked upon as the first of Dutch mathematicians and natural

The apparatus with which Professor H. Kamerlingh Onnes was the first to make helium liquid, in 1908.