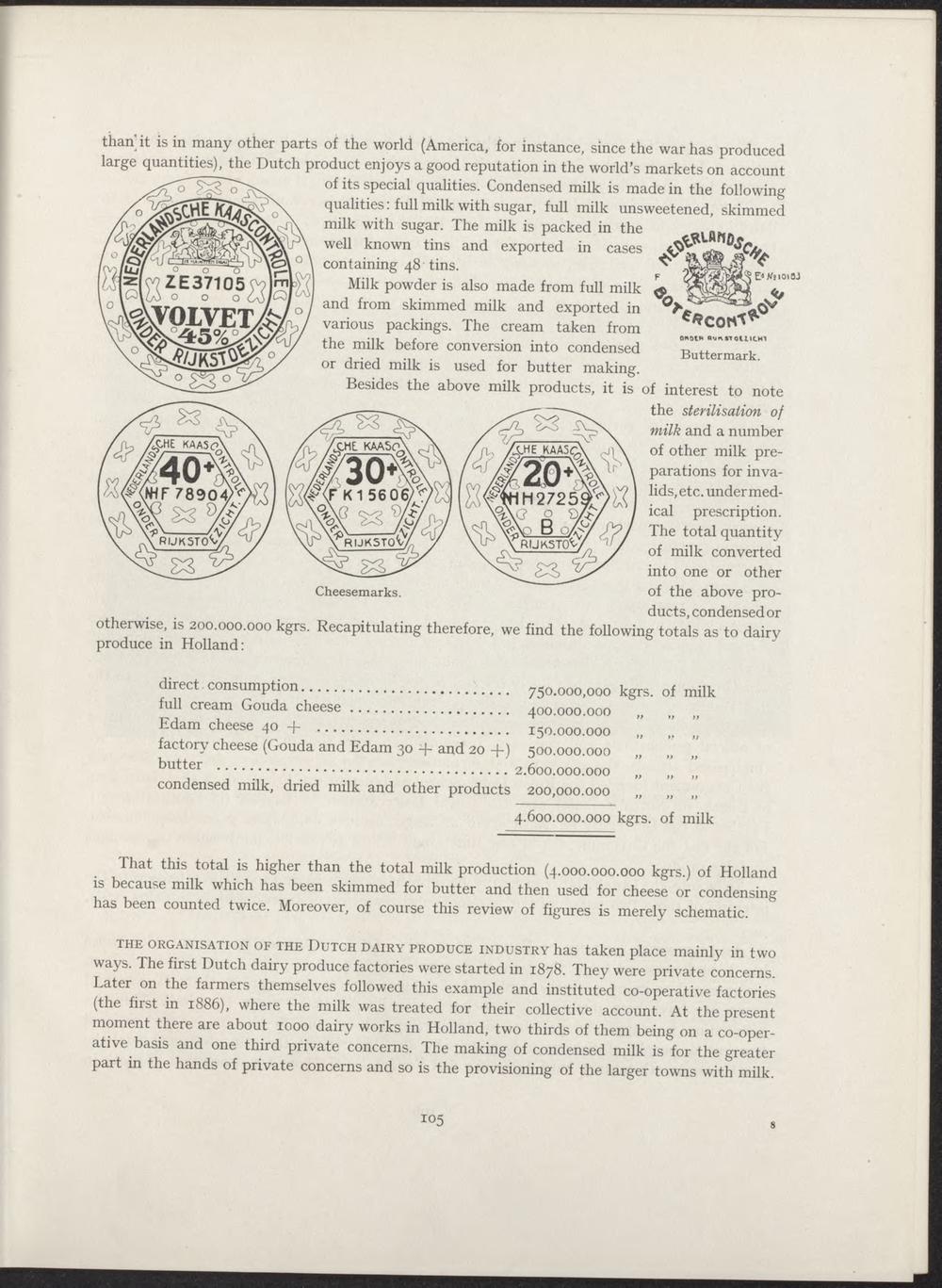 than it is in many other parts of the world (America, for instance, since the war has produced large quantities), the Dutch product enjoys a good reputation in the world's markets on account

01 its special qualities. Condensed milk is made in the following qualities: full milk with sugar, full milk unsweetened, skimmed

milk witn sugar. The milk is packed in the well known tins and exported in cases containing 48 tins.

Milk powder is also made from full milk and from skimmed milk and exported in various packings. The cream taken from the milk before conversion into condensed or dried milk is used for butter making.

Besides the above milk products, it is

of interest to note the sterilisation of milk and a number of other milk preparations for invalids, etc. under medical prescription. The total quantity of milk converted into one or other of the above pro¬

otherwise, is 200.000.000 kgrs. Recapitulating therefore, we find the following totals as to dairy produce in Holland:

That this total is higher than the total mük production (4.000.000.000 kgrs.) of Holland is because milk which has been skimmed for butter and then used for cheese or condensing has been counted twice. Moreover, of course this review of figures is merely schematic.

the organisation of the Dutch dairy produce industry has taken place mainly in two ways. The first Dutch dairy produce factories were started in 1878. They were private concerns Later on the farmers themselves followed this example and instituted co-operative factories (the first m 1886), where the milk was treated for their collective account. At the present moment there are about 1000 dairy works in Holland, two thirds of them being on a co-operative basis and one third private concerns. The making of condensed mük is for the greater part m the hands of private concerns and so is the provisioning of the larger towns with milk.