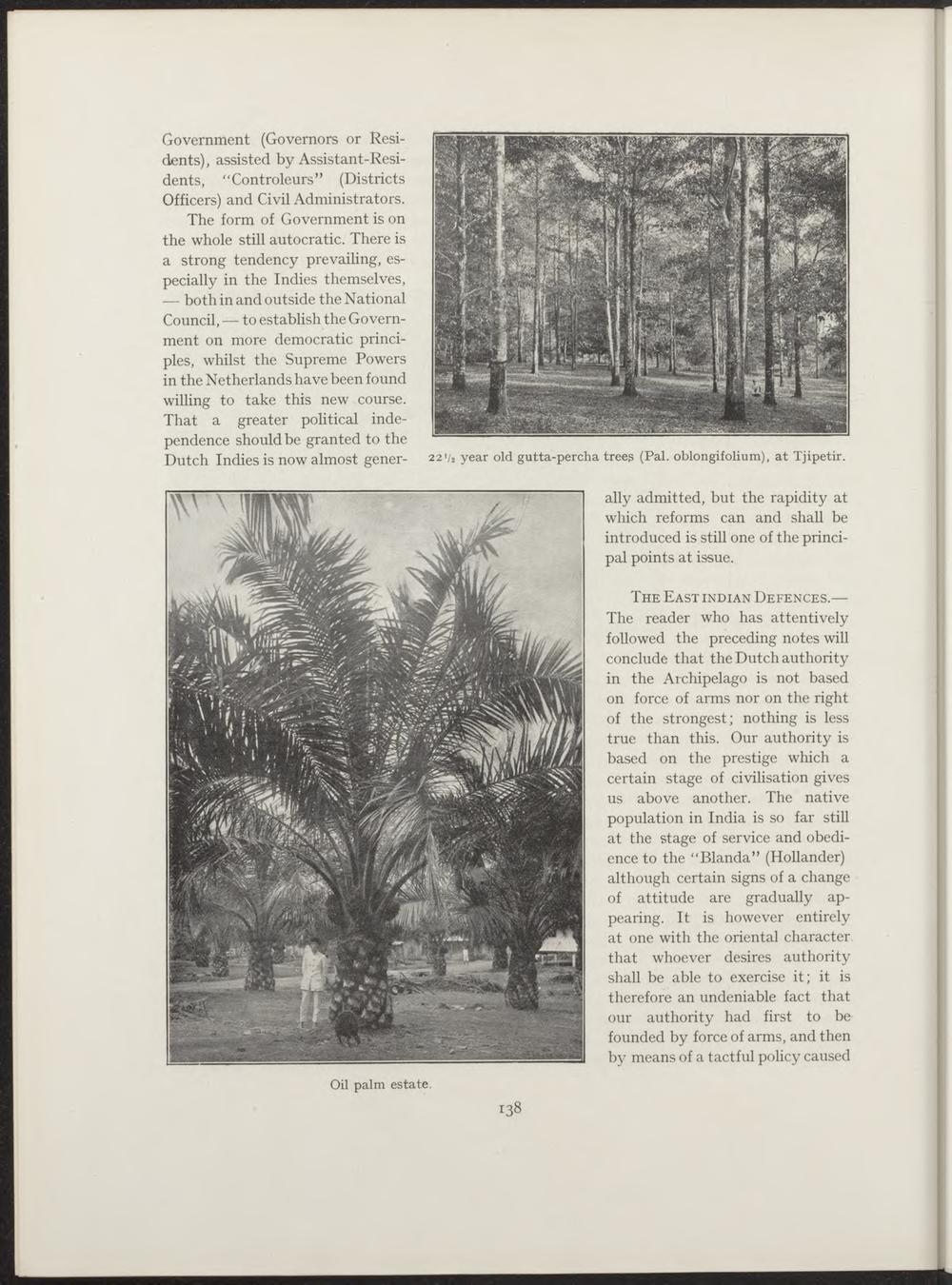 The form of Government is on the whole still autocratie. There is a strong tendency prevailing, especially in the Indies themselves, — both in and outside the National Council, — to establish the Government on more democratie principles, whilst the Suprème Powers in the Netherlands have been found willing to take this new course. That a greater political independence should be granted to the Dutch Indies is now almost gener-

ally admitted, but the rapidity at which reforms can and shall be introduced is still one of the principal points at issue.

The East indian Defences.— The reader who has attentively followed the preceding notes will conclude that the Dutch authority in the Archipelago is not based on force of arms nor on the right of the strongest; nothing is less true than this. Our authority is based on the prestige which a certain stage of civüisation gives us above another. The native population in India is so far still at the stage of service and obedience to the "Blanda" (Hollander) although certain signs of a change of attitude are gradually appearing. It is however entirely at one with the oriental character that whoever desires authority shall be able to exercise it; it is therefore an undeniable fact that our authority had first to be founded by force of arms, and then by means of a tactful policy caused