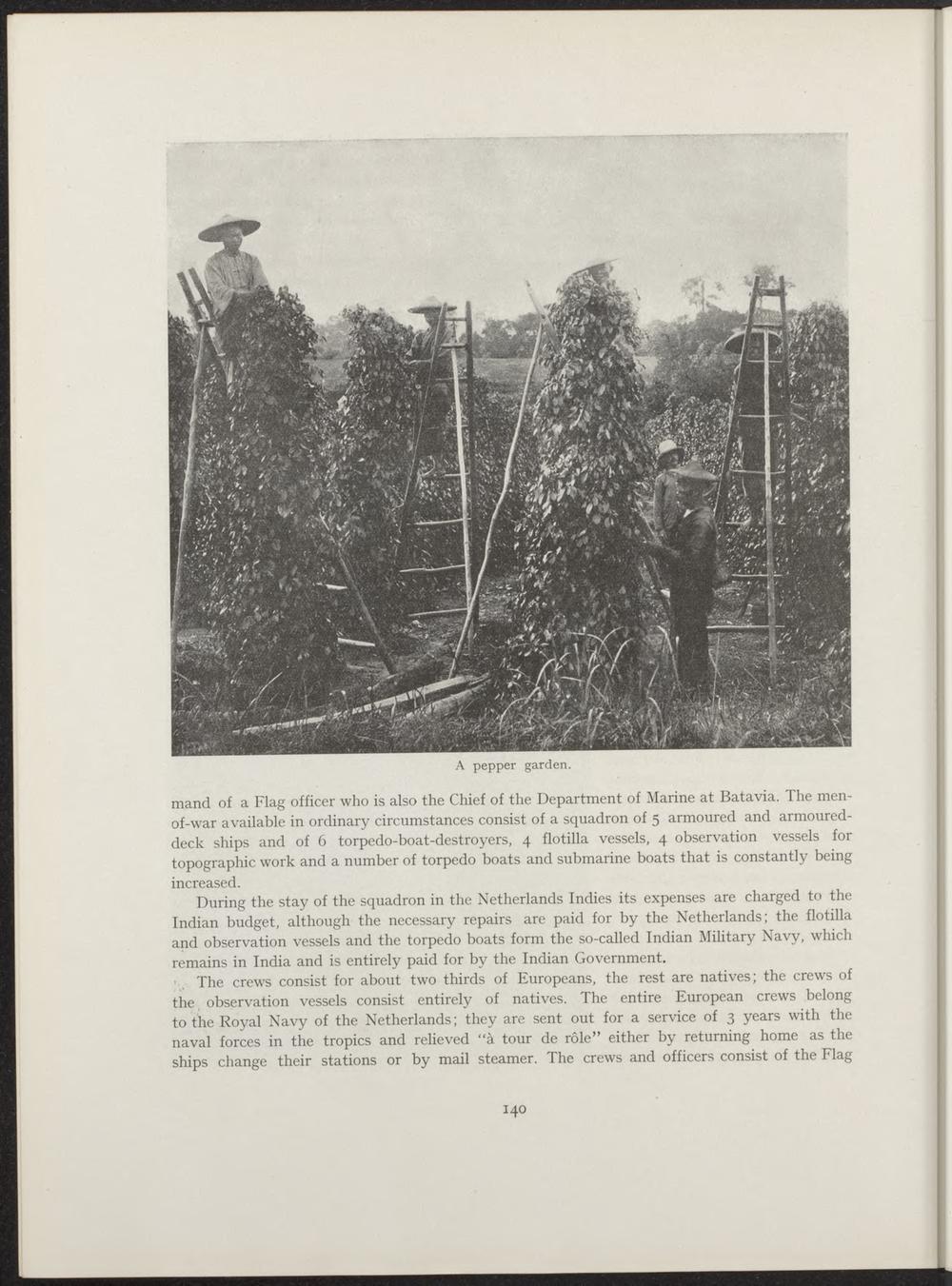 mand of a Flag officer who is also the Chief of the Department of Marine at Batavia. The menof-war available in ordinary circumstances consist of a squadron of 5 armoured and armoureddeck ships and of 6 torpedo-boat-destroyers, 4 flotilla vessels, 4 observation vessels for topographic work and a number of torpedo boats and submarine boats that is constantly being increased.

• The crews consist for about two thirds of Europeans, the rest are natives; the crews of the observation vessels consist entirely of natives. The entire European crews belong to the Royal Navy of the Netherlands; they are sent out for a service of 3 years with the naval forces in the tropics and relieved '*a tour de röle" either by returning home as the ships change their stations or by mail steamer. The crews and officers consist of the Flag