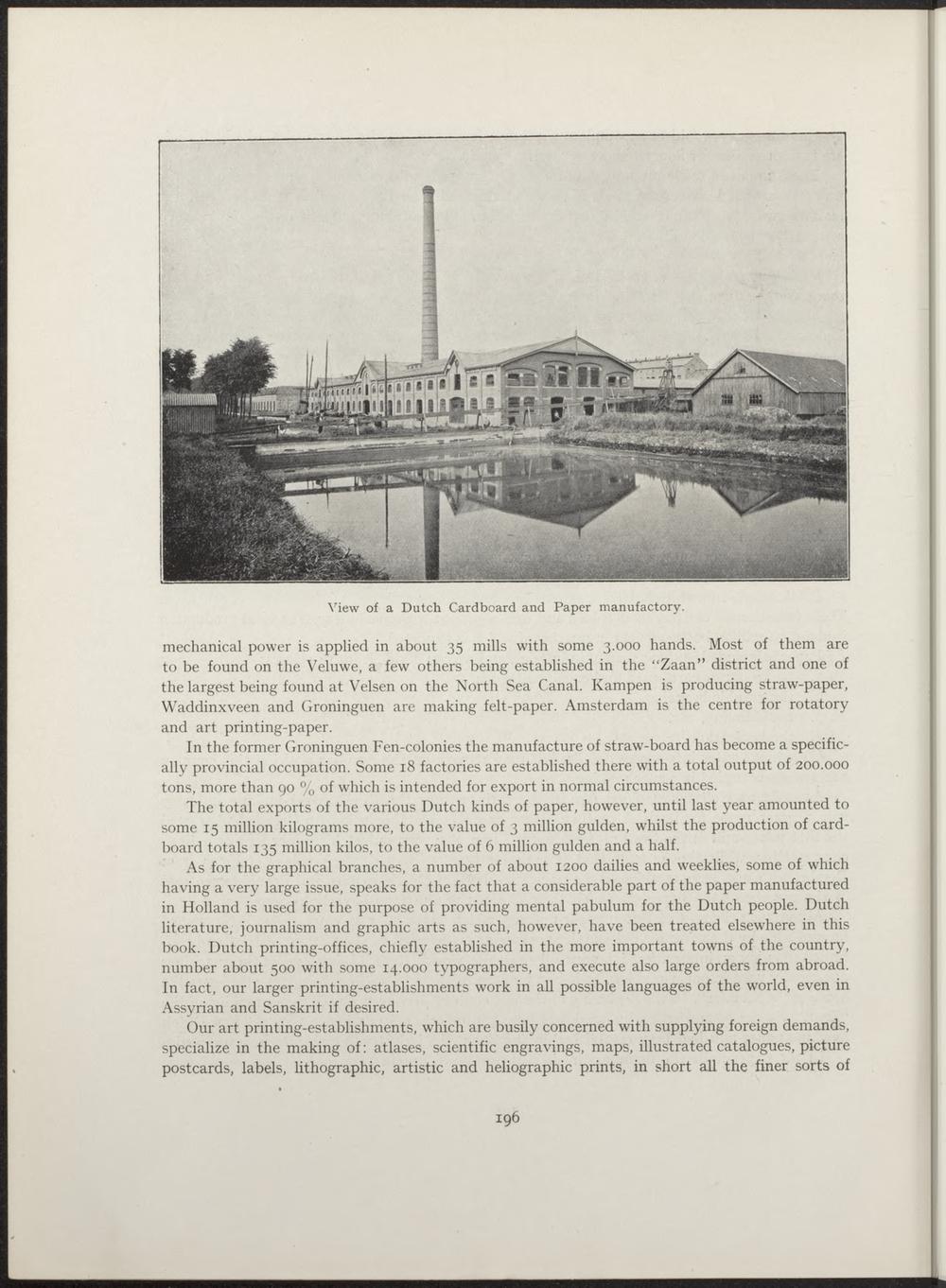 View of a Dutch Cardboard and Paper manufactory.

mechanica! power is applied in about 35 mills with some 3.000 hands. Most of them are to be found on the Veluwe, a few others being estabhshed in the "Zaan" district and one of the largest being found at Velsen on the North Sea Canal. Kampen is producing straw-paper, Waddinxveen and Groninguen are making feit-paper. Amsterdam is the centre for rotatory and art printing-paper.

In the former Groninguen Fen-colonies the manufacture of straw-board has become a specifically provincial occupation. Some 18 factories are estabhshed there with a total output of 200.000 tons, more than 90 % of which is intended for export in normal circumstances.

As for the graphical branches, a number of about 1200 dailies and weeklies, some of which having a very large issue, speaks for the fact that a considerable part of the paper manufactured in Holland is used for the purpose of providing mental pabulum for the Dutch people. Dutch literature, journalism and graphic arts as such, however, have been treated elsewhere in this book. Dutch printing-offices, chiefly estabhshed in the more important towns of the country, number about 500 with some 14.000 typographers, and execute also large orders from abroad. In fact, our larger printing-establishments work in all possible languages of the world, even in Assyrian and Sanskrit if desired.

Our art printing-establishments, which are busily concerned with supplying foreign demands, specialize in the making of: atlases, scientific engravings, maps, ülustrated catalogues, picture postcards, labels, lithographic, artistic and heliographic prints, in short all the finer sorts of