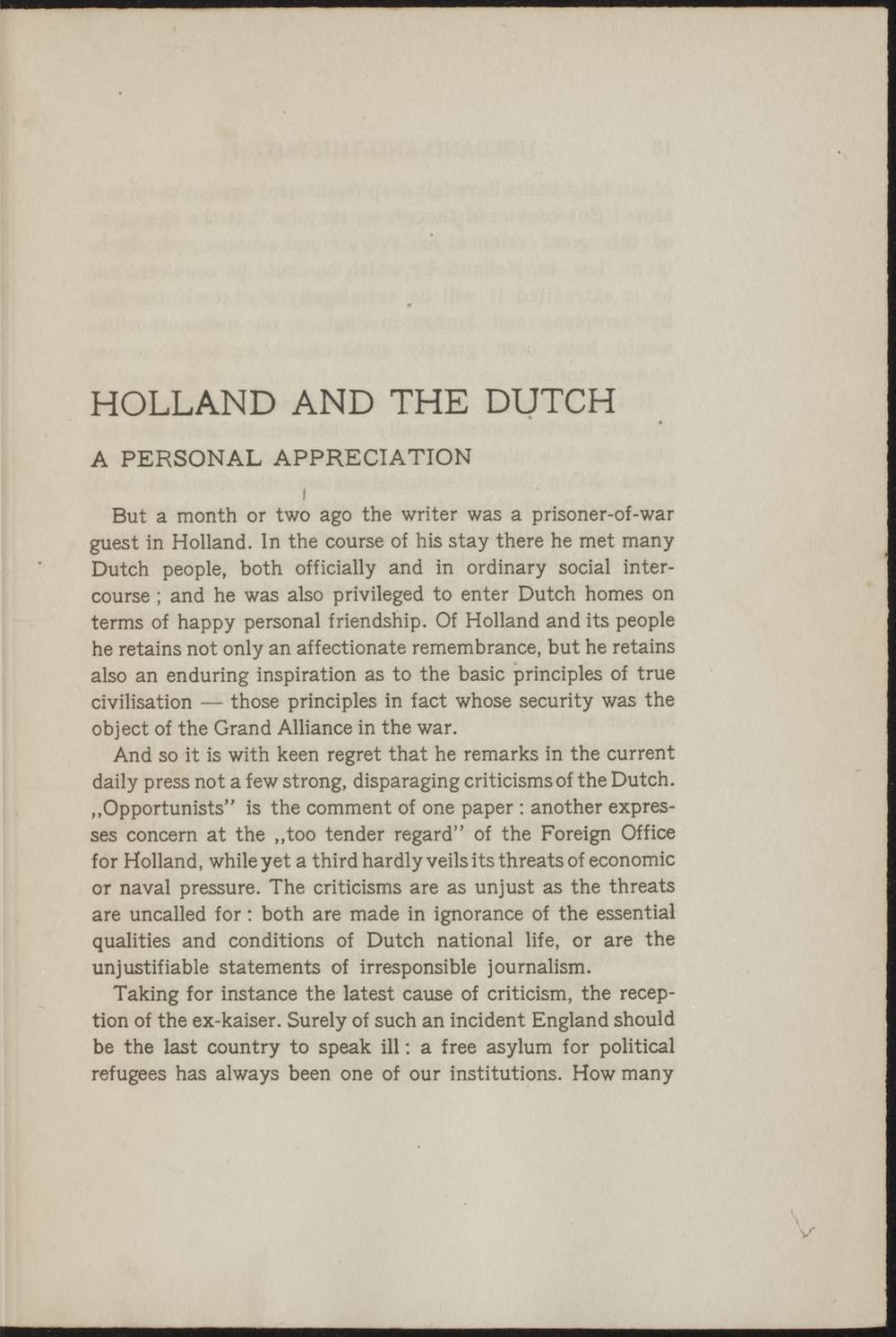 HOLLAND AND THE DUTCH

But a month or two ago the writer was a prisoner-of-war guest in Holland. In the course of his stay there he met many Dutch people, both officially and in ordinary social intercourse; and he was also privileged to enter Dutch homes on terms of happy personal friendship. Of Holland and its people he retains not only an affectionate remembrance, but he retains also an enduring inspiration as to the basic principles of true civilisation — those principles in fact whose security was the object of the Grand Alliance in the war.

And so it is with keen regret that he remarks in the current daily press not a few strong, disparaging criticismsof the Dutch. „Opportunists" is the comment of one paper: another expresses concern at the „too tender regard" of the Foreign Office f or Holland, while yet a third hardly veils its threats of economie or naval pressure. The criticisms are as unjust as the threats are uncalled for: both are made in ignorance of the essential qualities and conditions of Dutch national life, or are the unjustifiable statements of irresponsible journalism.

Taking for instance the latest cause of criticism, the reception of the ex-kaiser. Surely of such an incident England should be the last country to speak ill! a f ree asylum for political refugees has always been one of our institutions. How many