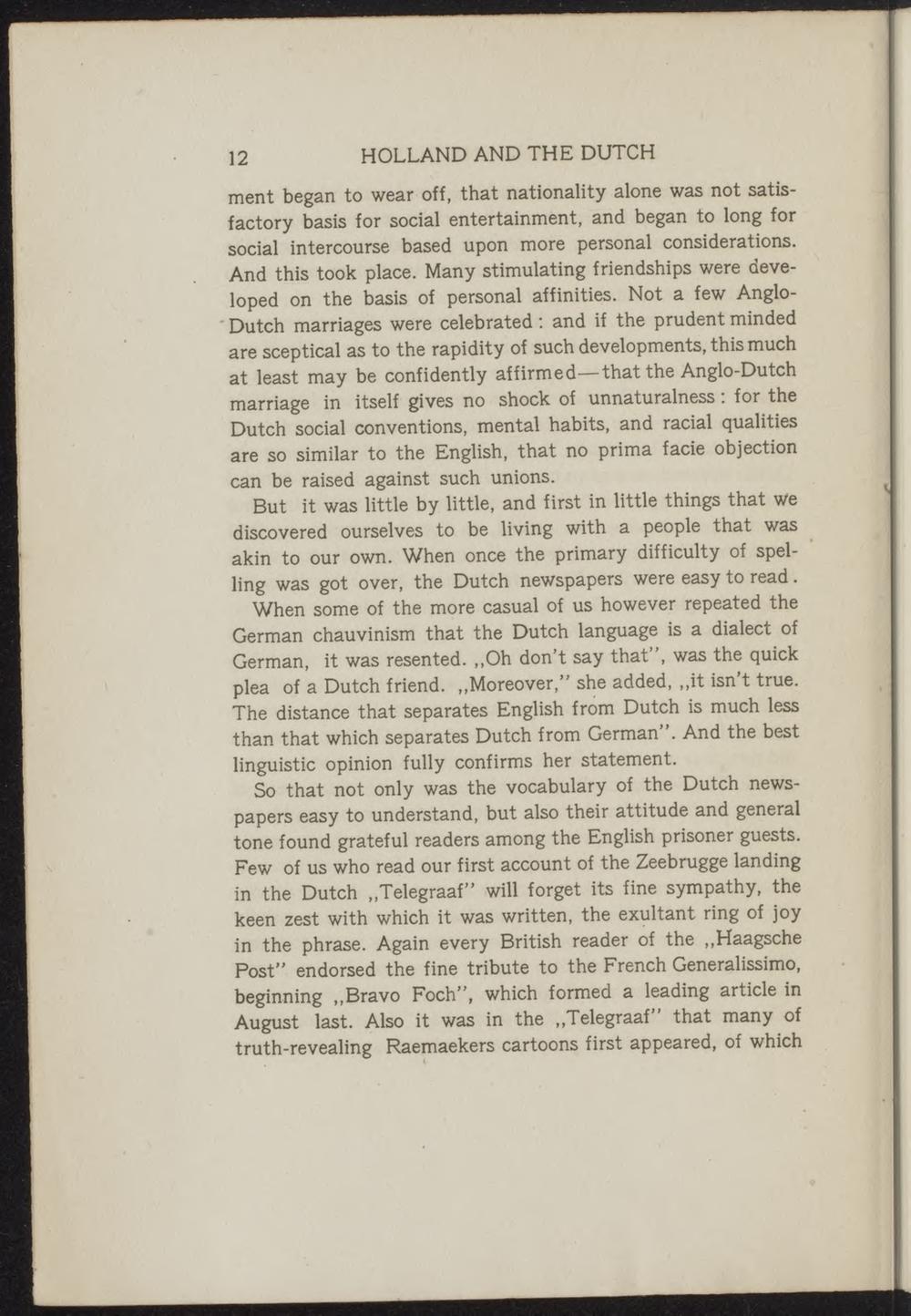 ment began to wear off, that nationality alone was not satisfactory basis for social entertainment, and began to long for social intercourse based upon more personal considerations. And this took place. Many stimulating friendships were developed on the basis of personal affinities. Not a few AngloDutch marriages were celebrated: and if the prudent minded are sceptical as to the rapidity of suchdevelopments,thismuch at least may be confidently affirmed—that the Anglo-Dutch marriage in itself gives no shock of unnaturalness: for the Dutch social conventions, mental habits, and racial qualities are so similar to the English, that no prima facie objection can be raised against such unions.

But it was little by little, and first in little things that We discovered ourselves to be living with a people that was akin to our own. When once the primary difficulty of spelling was got over, the Dutch newspapers were easy to read.

When some of the more casual of us however repeated the German chauvinism that the Dutch language is a dialect of German, it was resented. „Oh don't say that", was the quick plea of a Dutch friend. „Moreover," she added, „it isn't true. The distance that separates English from Dutch is much less than that which separates Dutch from German". And the best linguistic opinion fully confirms her statement.

So that not only was the vocabulary of the Dutch newspapers easy to understand, but also their attitude and general tone found grateful readers among the English prisoner guests. Few of us who read our first account of the Zeebrugge landing in the Dutch „Telegraaf" will forget its fine sympathy, the keen zest with which it was written, the exultant ring of joy in the phrase. Again every British reader of the „Haagsche Post" endorsed the fine tribute to the French Generalissimo, beginning „Bravo Foch", which formed a leading article in August last. Also it was in the „Telegraaf" that many of truth-revealing Raemaekers cartoons first appeared, of which