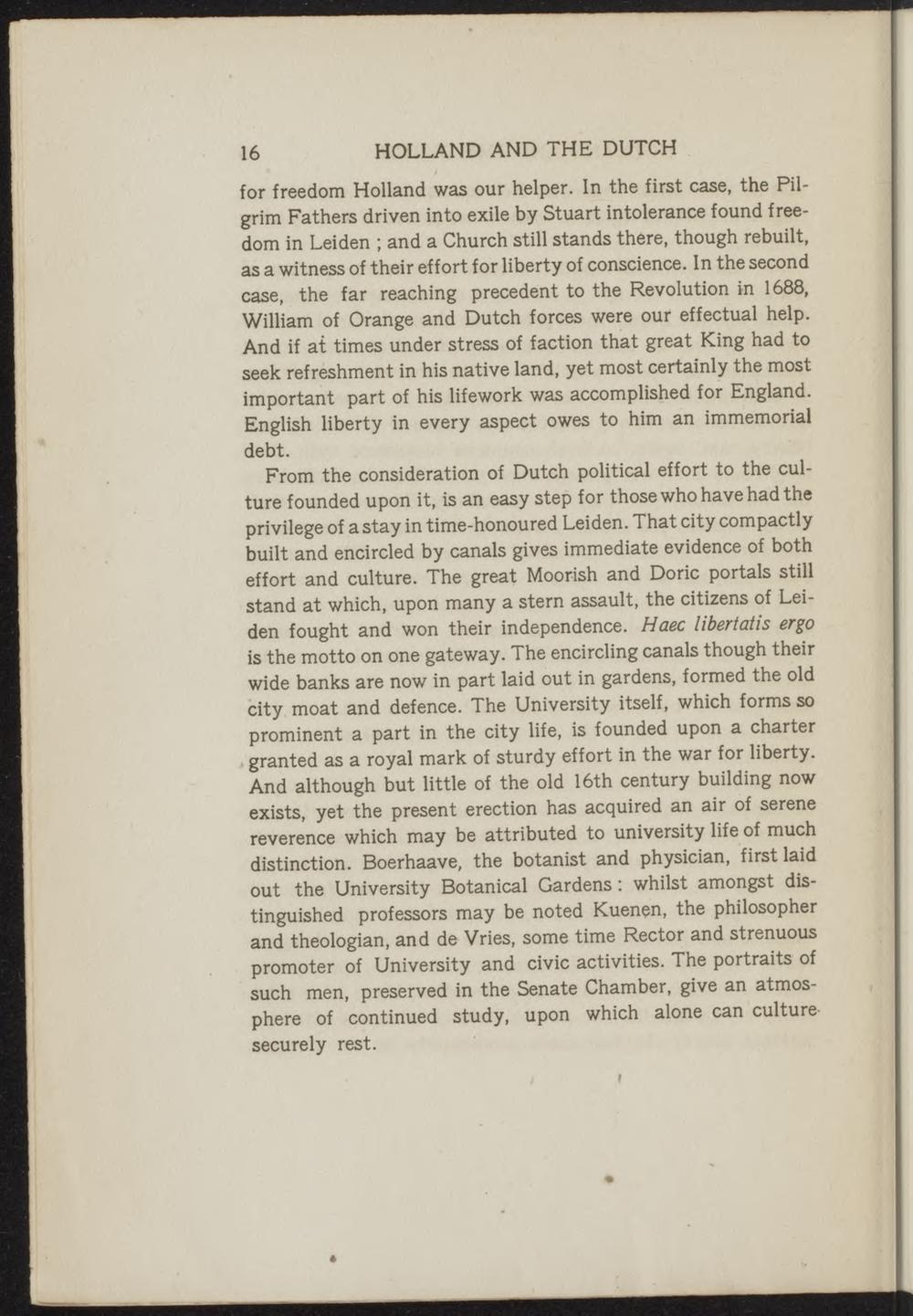 for freedom Holland was our helper. In the first case, the Pilgrim Fathers driven into exile by Stuart intolerance found freedom in Leiden ; and a Church still stands thére, though rebuilt, as a witness of their effort for liberty of conscience. In the second case, the far reaching precedent to the Revolution in 1688, William of Orange and Dutch forces were our effectual help. And if at times under stress of faction that great King had to seek refréshment in his native land, yet most certainly the most important part of his lifework was accomplished for England. English liberty in every aspect owes to him an immemorial debt.

From the consideration of Dutch political effort to the culture founded upon it, is an easy step for those who have had the privilege of a stay in time-honoured Leiden. That city compactly built and encircled by canals gives immediate evidence of both effort and culture. The great Moorish and Doric portals still stand at which, upon many a stem assault, the citizens of Leiden fought and won their independence. Haec libertatis ergo is the motto on one gateway. The encircling canals though their wide banks are now in part laid out in gardens, formed the old city. moat and defence. The University itself, which forms so prominent a part in the city life, is founded upon a charter > granted as a royal mark of sturdy effort in the war for liberty. And although but little of the old 16th century building now exists, yet the present erection has acquired an air of serene révérence which may be attributed to university life of much distinction. Boerhaave, the botanist and physician, first laid out the University Botanical Gardens: whilst amongst distinguished professors may be noted Kuenen, the philosopher and theologian, and de Vries, some time Rector and strenuous promoter of University and civic activities. The portraits of such men, preserved in the Senate Chamber, give an atmosphere of continued study, upon which alone can culturesecurely rest.