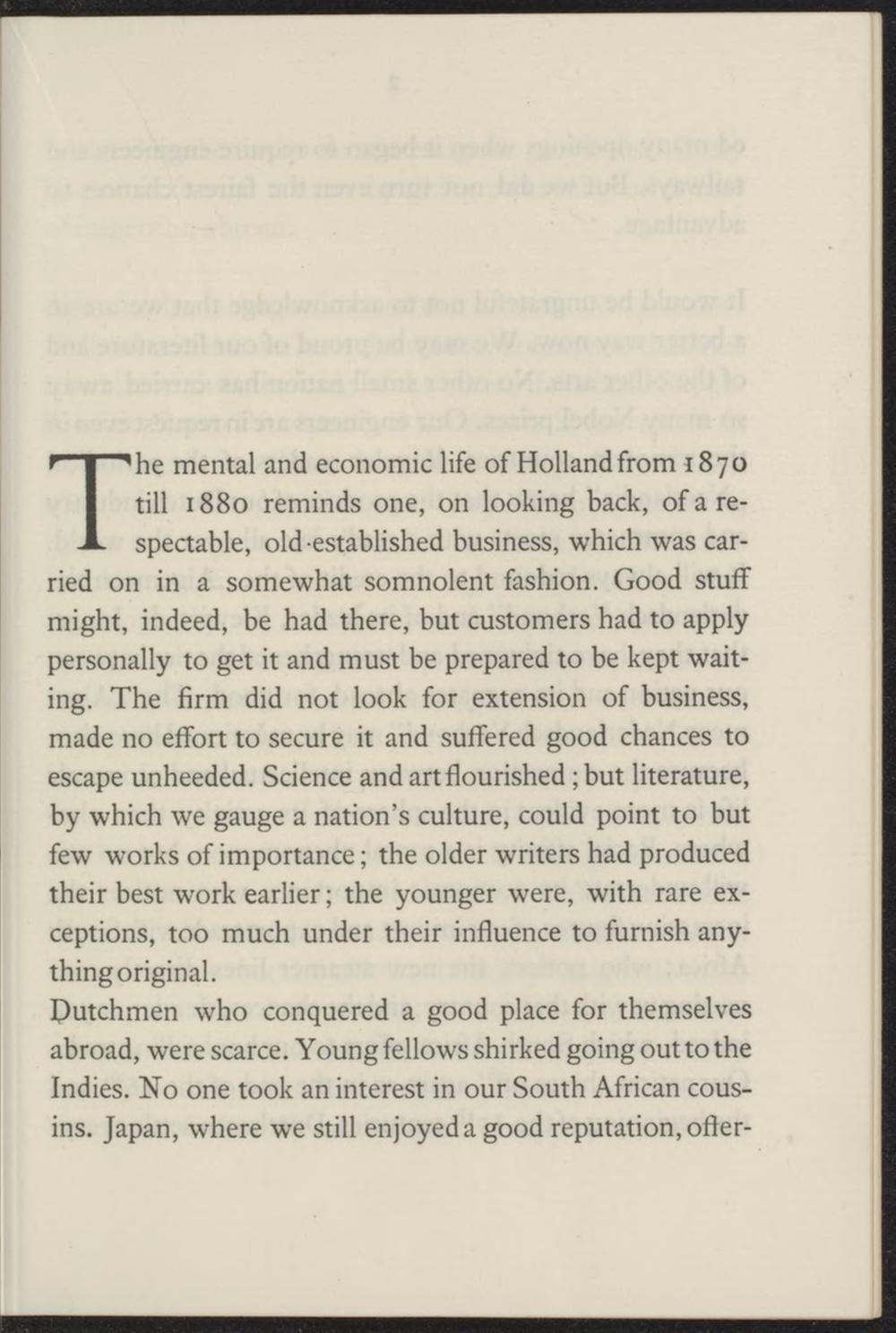 f I 'he mental and economie life of Hollandfrom 1870 till 1880 reminds one, on looking back, ofareA spectabte, old established business, which was carried on in a somewhat som nolent fashion. Good stuff might, indeed, be had there, but customers had to apply personally to get it and must be prepared to be kept waiting. The firm did not look for extension of business, made no effort to secure it and suffered good chances to escape unheeded. Science and artflourished; but Uterature, by which we gauge a nation's culture, could point to but few works of importance; the older writers had produced their best work earlier; the younger were, with rare elceptions, too much under theif influence to furnish anythingoriginal.

Dutchmen who conquered a good place for themselves abroad, were scarce. Young fellows shirked going out to the Indies. No one took an interest in our South African cousins. Japan, where we still enjoyeda good reputation, ofler-