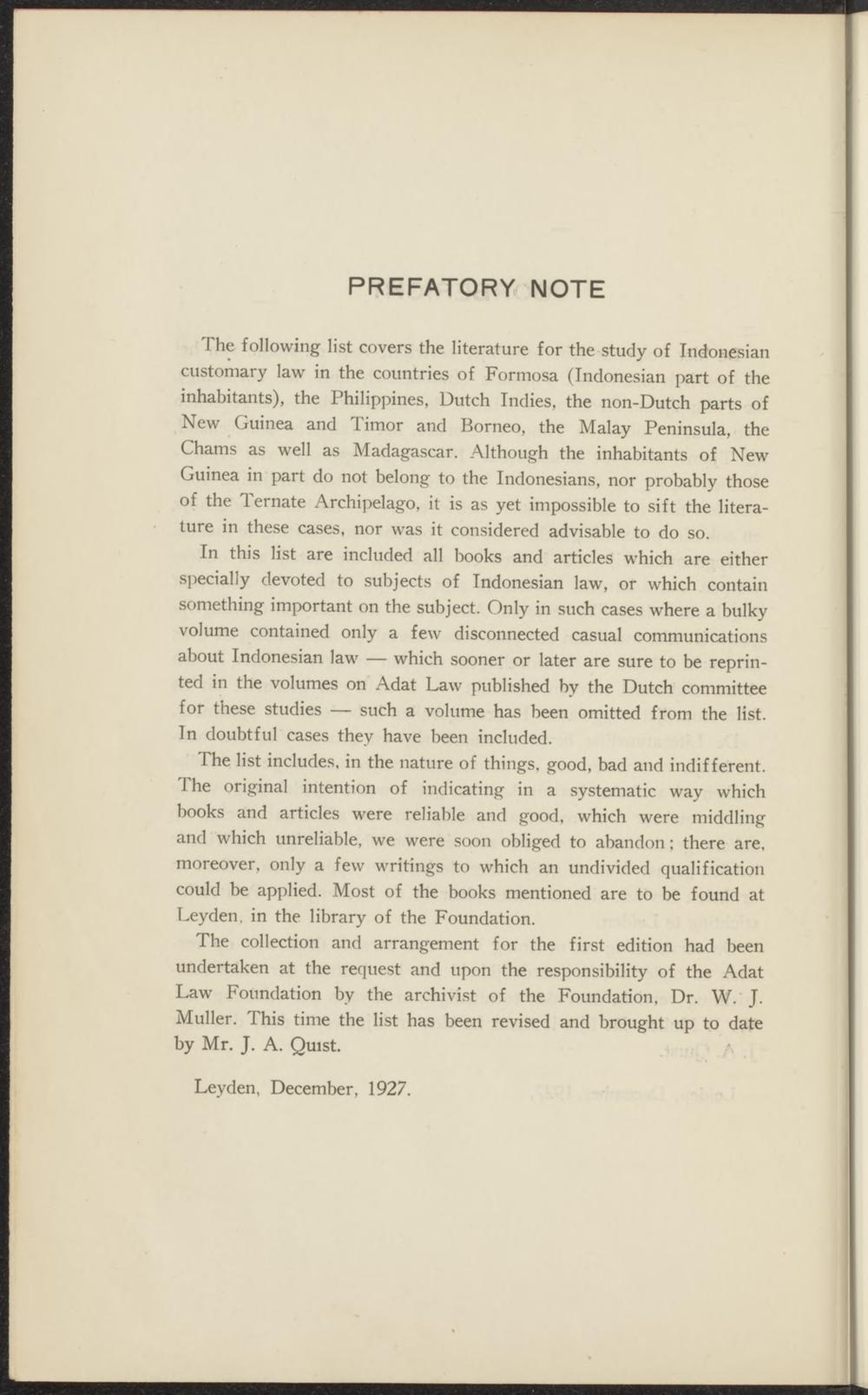 The following list covers the literature for the-study of Indonesian customary law in the countries of Formosa (Indonesian part of the inhabitants), the Philippines, Dutch Indies, the non-Dutch parts of New Guinea and Timor and Borneo, the Malay Peninsula, the Chams as well as Madagascar. Although the inhabitants of New Guinea in part do not belong to the Indonesians, nor probably those of the Ternate Archipelago, it is as yet impossible to sift the literature in these cases, nor was it considered advisable to do so.

In this list are included all books and articles which are either specially devoted to subjects of Indonesian law, or which contain something important on the subject. Only in such cases where a bulky volume contained only a few disconnected casual Communications about Indonesian law — which sooner or later are sure to be reprinted in the volumes on Adat Law published by the Dutch committee for these studies — such a volume has been omitted from the list. In doubtful cases they have been included.

The list includes, in the nature of things, good, bad and indifferent. The original intention of indicating in a systematic way which books and articles were reliable and good, which were middling and which unreliable, we were soon obliged to abandon; there are, moreover, only a few writings to which an undivided qualification could be applied. Most of the book* mentioned are to be found at Leyden, in the library of the Foundation.

The collection and arrangement for the first edition had been undertaken at the request and üpoii the responsibility of the Adat Law Foundation by the archivist of the Foundation, Dr. W. J. Muller. This time the list has been revised and brought up to date by Mr. J. A. Quist