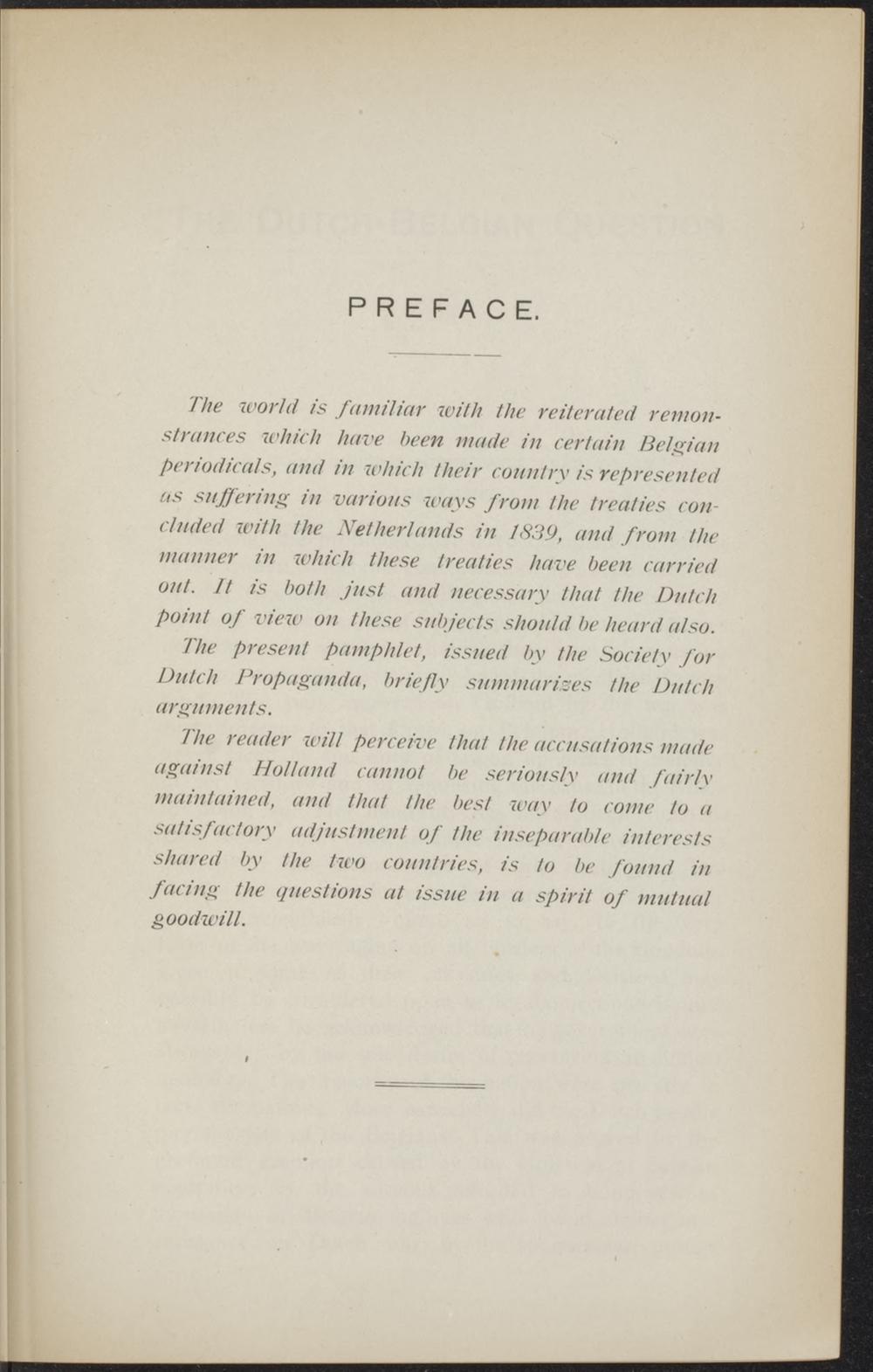 The world is familiar with the reiterated remonstrances which have been made in certain Belgian periodicals, and in which their country is represented as suffering in various ways from the treaties concluded with the Netherlands in 1839, and from the manner in which these treaties have been carried out. It is both just and necessary that the Dutch point of view on these subjects should be heard also.

The present pamphlet, issued by the Society for Dutch Propaganda, briefly summarises the Dutch arguments.

The reader will perceive that the accusations made against Holland cannot be seriously and fairly maintained, and ///at the best way to come to a satisfactory adjustment of the inseparable interests shared by the two countries, is to be found in facing the questions at issue in a spirit of mutual goodwill.