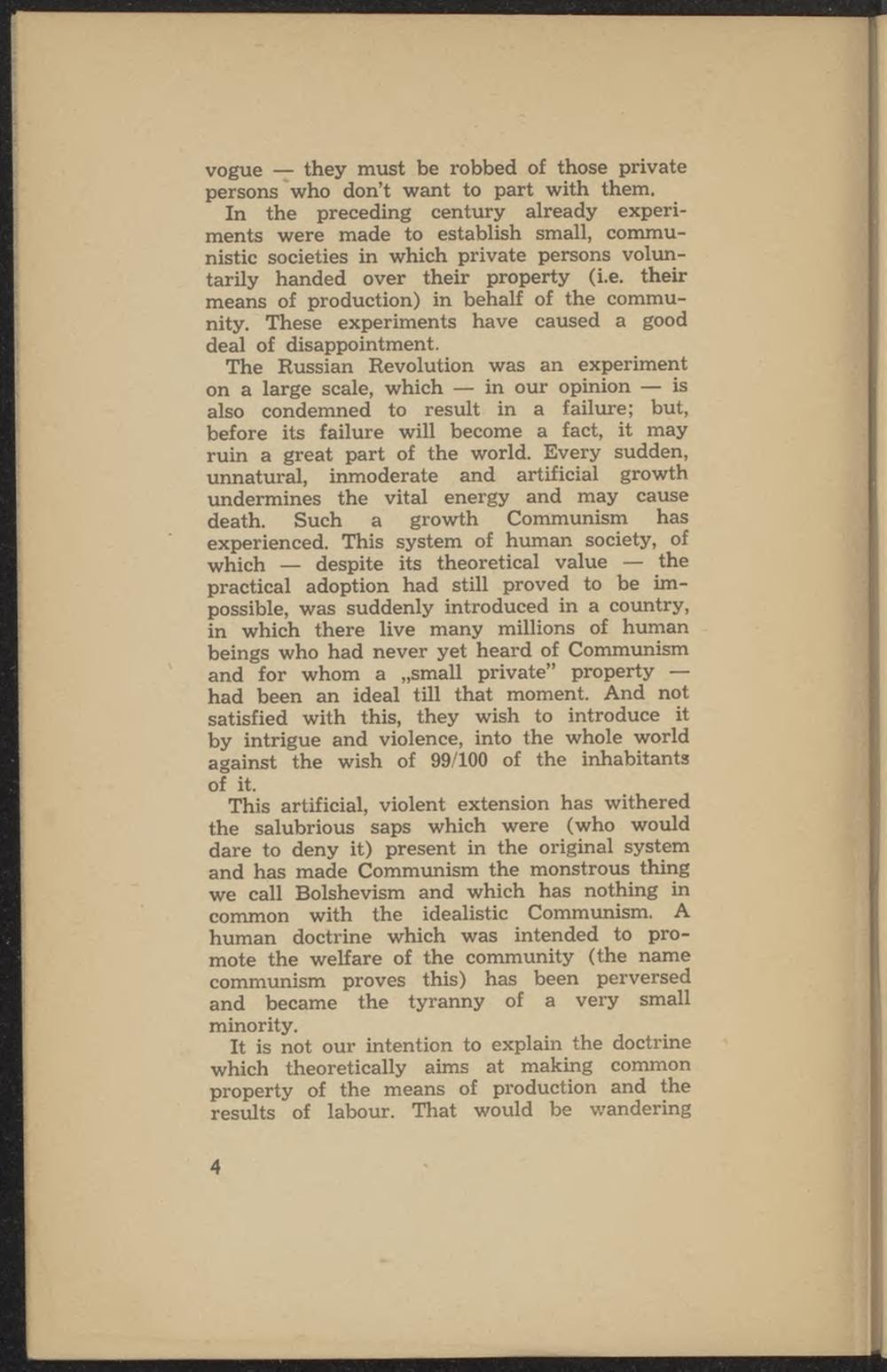 vogue — they must be robbed of those private persons 'who don't want to part with them.

In the preceding century already experiments were made to establish small, communistic societies in which private persons voluntarily handed over their property (i.e. their means of production) in behalf of the community. These experiments have caused a good deal of disappointment.

The Russian Revolution was an experiment on a large scale, which — in our opinion — is also condemned to result in a failure; but, before its failure will become a fact, it may ruin a great part of the world. Every sudden, unnatural, inmoderate and artificial growth undermines the vital energy and may cause death. Such a growth Communism has experienced. This system of human society, of which — despite its theoretical value — the practical adoption had still proved to be impossible, was suddenly introduced in a country, in which there live many millions of human beings who had never yet heard of Communism and for whom a „small private" property — had been an ideal tül that moment. And not satisfied with this, they wish to introducé it by intrigue and violence, into the whole world against the wish of 99/100 of the inhabitants of it.

This artificial, violent extension has withered the salubrious saps which were (who would dare to deny it) present in the original system and has made Communism the monstrous thing we call Bolshevism and which has nothing in common with the idealistic Communism. A human doctrine which was intended to promote the welfare of the community (the name communism proves this) has been perversed and became the tyranny of a very small minority.

It is not our intention to explain the doctrine which theoretically aims at making common property of the means of production and the results of labour. That would be wandering