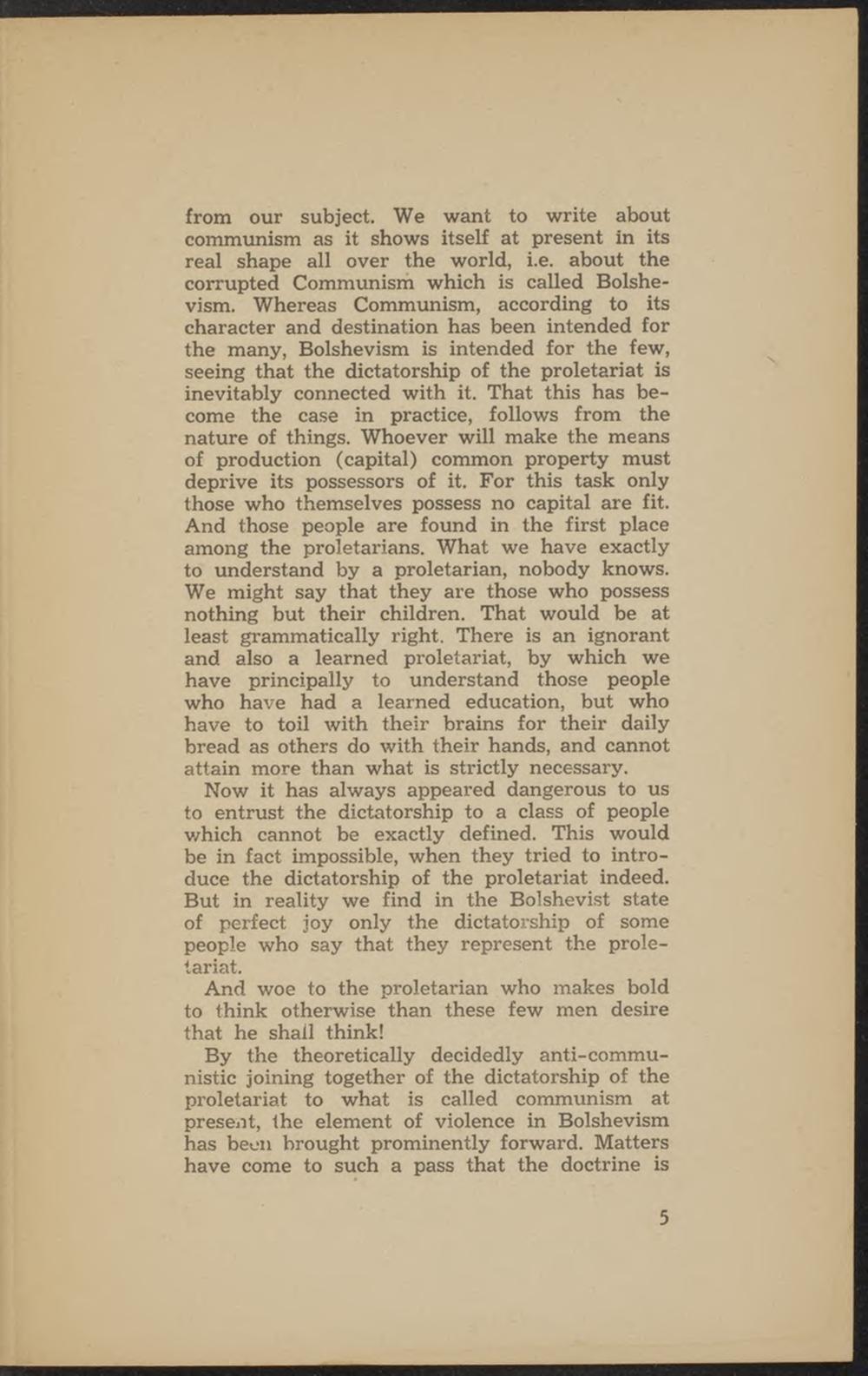 from our subject. We want to write about communism as it shows itself at present in its real shape all over the world, i.e. about the corrupted Communism which is called Bolshevism. Whereas Communism, according to its character and destination has been intended for the many, Bolshevism is intended for the few, seeing that the dictatorship of the proletariat is inevitably connected with it. That this has become the case in practice, follows from the nature of things. Whoever will make the means of production (capital) common property must deprive its possessors of it. For this task only those who themselves possess no capital are fit. And those people are found in the first place among the proletarians. What we have exactly tö understand by a proletarian, nobody knows. We might say that they are those who possess nothing but their children. That would be at least grammatically right. There is an ignorant and also a learned proletariat, by which we have principally to understand those people who have had a learned education, but who have to toil with their brains for their daily bread as others do with their hands, and cannot attain more than what is strictly necessary.

And woe to the proletarian who makes bold to think otherwise than these few men desire that he shail think!

By the theoretically decidedly anti-communistic joining together of the dictatorship of the proletariat to what is called communism at present, the element of violence in Bolshevism has been brought prominently forward. Matters have come to such a pass that the doctrine is