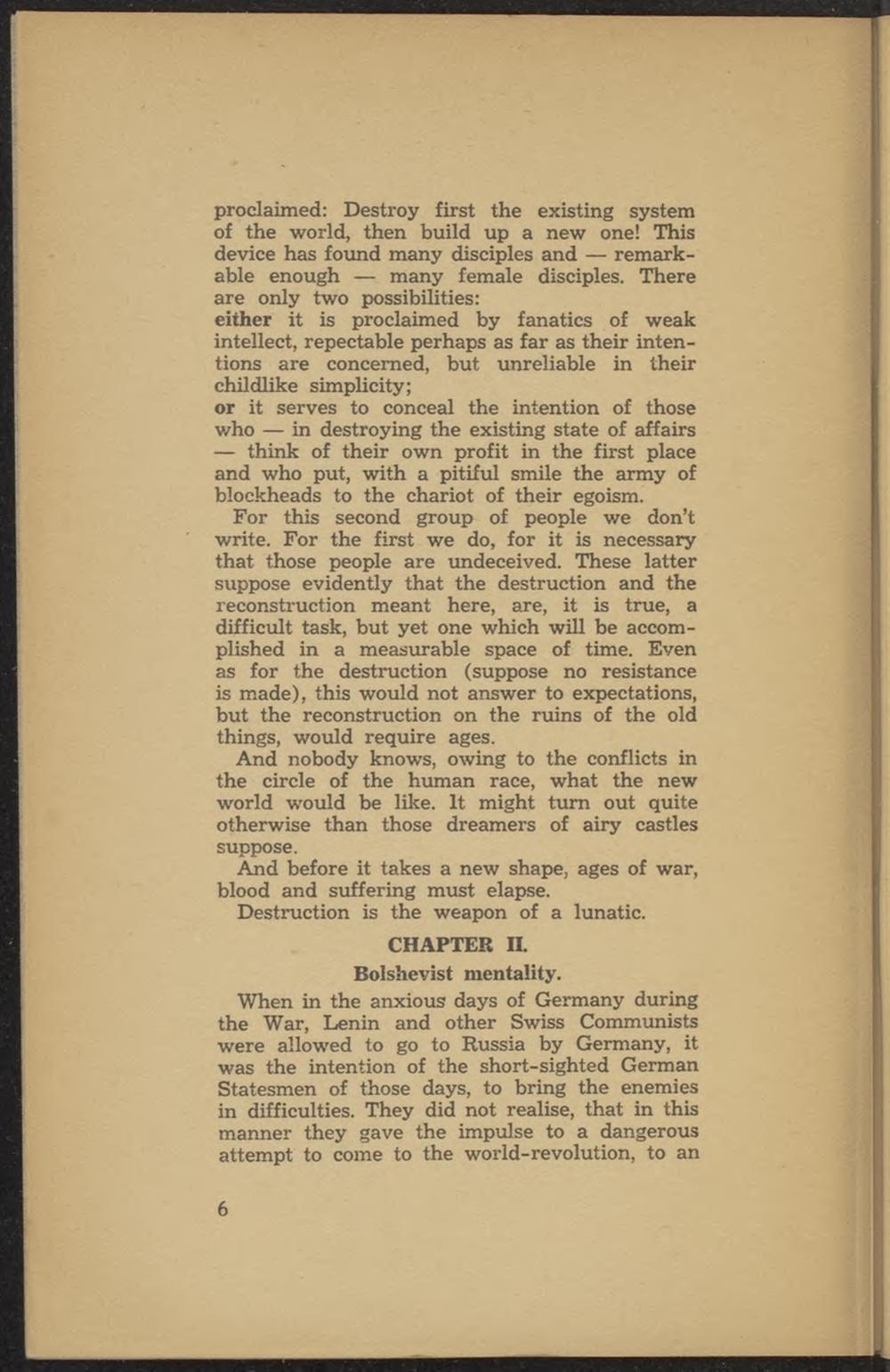 proclaimed: Destroy first the existing system of the world, then build up a new one! This device has found many disciples and — remark able enough — many female disciples. There are only two possibilities: either it is proclaimed by fanatics of weak intellect, repectable perhaps as far as their intentions are concemed, but unreliable in their childlike simplicity;

or it serves to conceal the intention of those who — in destroying the existing state of affairs — think of their own prof it in the first place and who put, with a pitiful smile the army of blockheads to the chariot of their egoism.

For this second group of people we don't write. For the first we do, for it is necessary that those people are undeceived. These latter suppose evidently that the destruction and the reconstruction meant here, are, it is true, a difficult task, but yet one which will be accomplished in a measurable space of time. Even as for the destruction (suppose no resistance is made), this would not answer to expectations, but the reconstruction on the mins of the old things, would require ages.

And nobody knows, owing to the conflicts in the circle of the human race, what the new world would be like. It might turn out quite otherwise than those dreamers of airy castles suppose.

And before it takes a new shape, ages of war, blood and suffering must elapse. Destruction is the weapon of a lunatic.

When in the anxious days of Germany during the War, Lenin and other Swiss Communists were allowed to go to Russia by Germany, it was the intention of the short-sighted German Statesmen of those days, to bring the enemies in difficulties. They did not realise, that in this manner they gave the impulse to a dangerous attempt to come to the world-revolution, to an