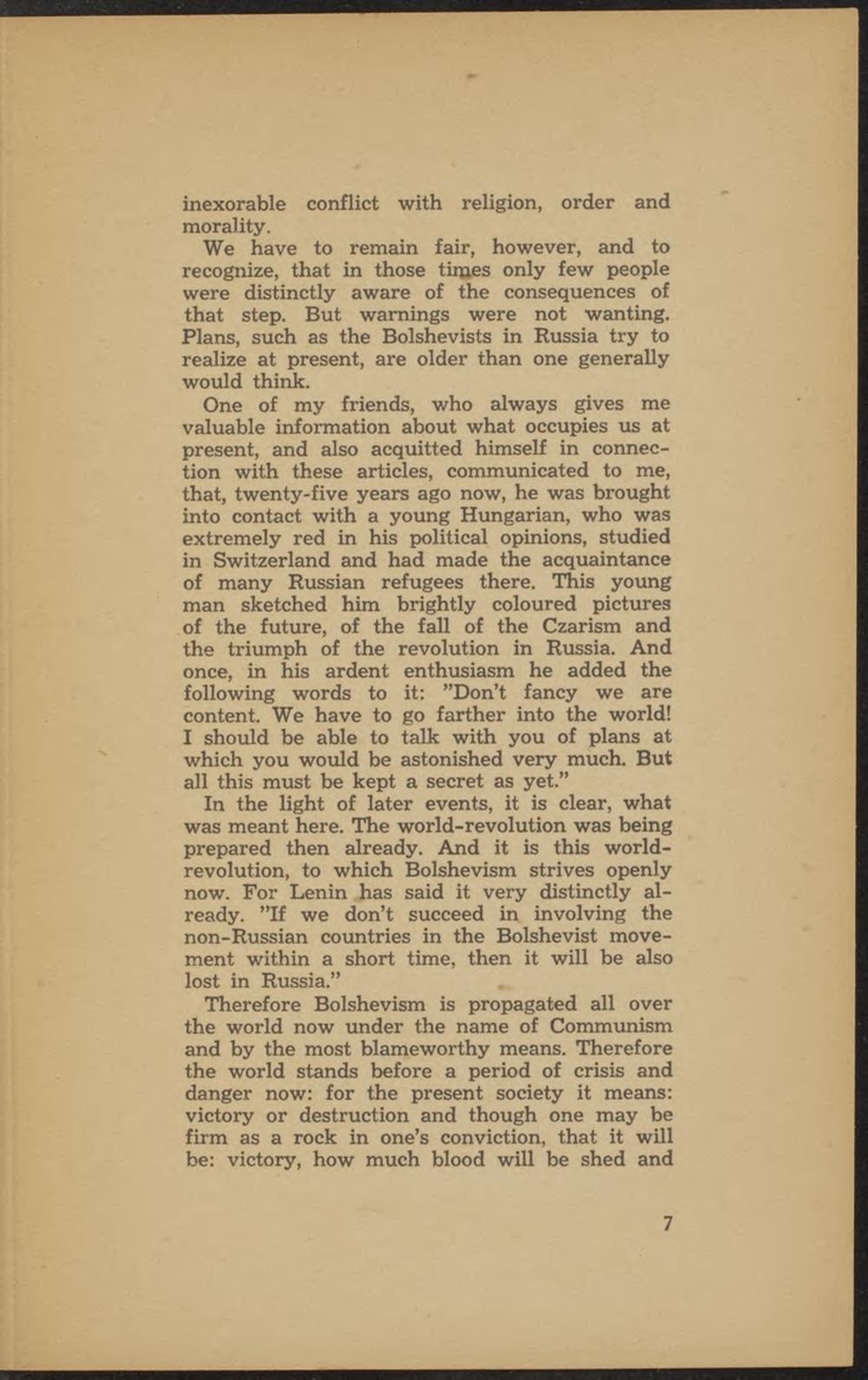 We have to remain fair, however, and to recognize, that in those times only few people were distinctly aware of the consequences of that step. But warnings were not wanting. Plans, such as the Bolshevists in Russia try to realize at present, are older than one generally would think.

One of my friends, who always gives me valuable information about what occupies us at present, and also acquitted himself in connection with these articles, communicated to me, that, twenty-five years ago now, he was brought into contact with a young Hungarian, who was extremely red in his political opinions, studied in Switzerland and had made the acquaintance of many Russian refugees there. This young man sketched him brightly coloured pictures of the future, of the fall of the Czarism and the triumph of the revolution in Russia. And once, in his ardent enthusiasm he added the following words to it: "Don't fancy we are content. We have to go farther into the world! I should be able to talk with you of plans at which you would be astonished very much. But all this must be kept a secret as yet."

In the light of later events, it is clear, what was meant here. The world-revolution was being prepared then already. And it is this worldrevolution, to which Bolshevism strives openly now. For Lenin has said it very distinctly already. 'Tf we don't succeed in, involving the non-Russian countries in the Bolshevist movement withui a short time, then it will be also lost in Russia."

Therefore Bolshevism is propagated all over the world now under the name of Communism and by the most blameworthy means. Therefore the world stands before a period of crisis and danger now: for the present society it means: victory or destruction and though one may be firm as a rock in one's conviction, that it will be: victory, how much blood will be shed and