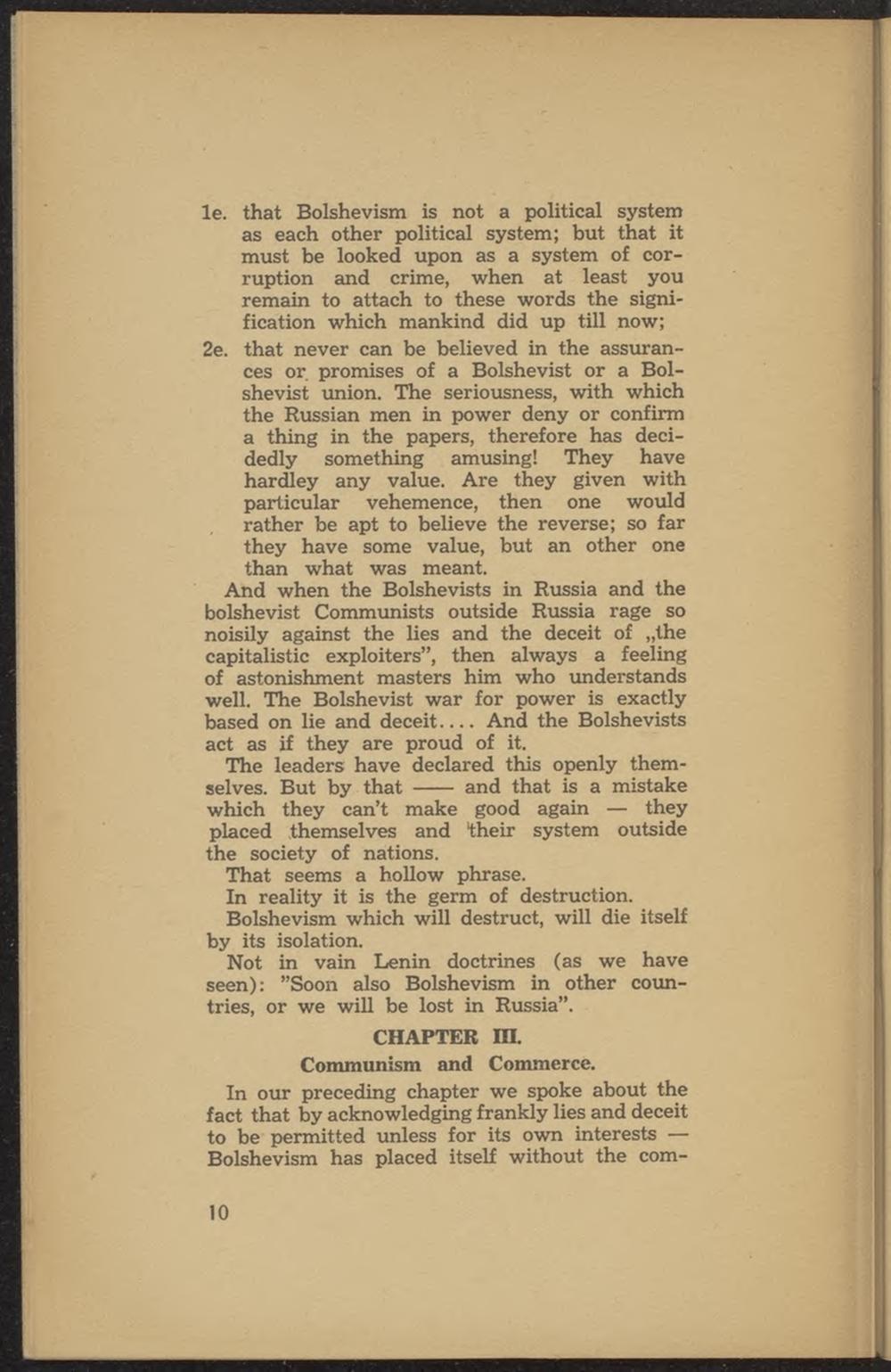 Ie. that Bolshevism is not a political system as each other political system; but that it must be looked upon as a system of corruption and crime, when at least you remain to attach to these words the signification which mankind did up till now; 2e. that never can be believed in the assurances or promises of a Bolshevist or a Bolshevist union. The seriousness, with which the Russian men in power deny or confirm a thing in the papers, therefore has decidedly something amustng! They have hardley any value. Are they given with particular vehemence, then one would rather be apt to believe the re verse; so far they have some value, but an other one than what was meant. And when the Bolshevists in Russia and the bolshevist Communists outside Russia rage so noisily against the lies and the deceit of „the capitalistic exploiters", then always a feeling of astonishment masters him who understands well. The Bolshevist war for power is exactly based on lie and deceit.... And the Bolshevists act as if they are proud of it. The leaders have declared this openly them-

selves. But by that and that is a mistake

which they can't make good again — they placed themselves and their system outside the society of nations. That seems a hollow phrase. In reality it is the germ of destruction. Bolshevism which will destruct, will die itself by its isolation.

Not in vain Lenin doctrines (as we have seen): "Soon also Bolshevism in other countries, or we will be lost in Russia".