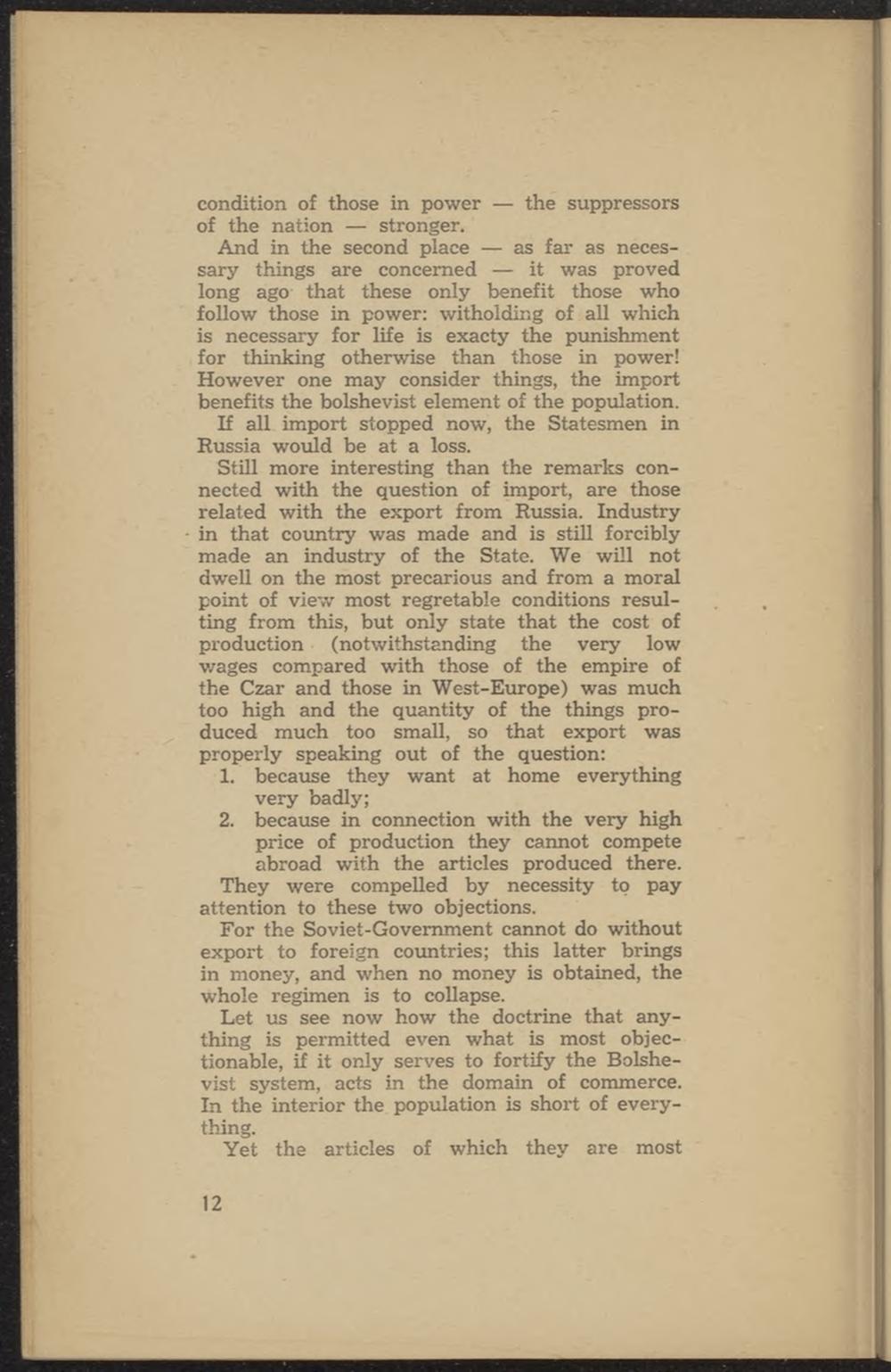 condition of those in power — the suppressors of the nation — stronger.

And in the second place — as far as necessary things are concerned — it was proved long ago' that these only benefit those who follow those in power: witholding of all which is necessary for life is exacty the punishment for thinking otherwise than those in power! However one may consider things, the import benefits the bolshevist element of the population.

If all import stopped now, the Statesmen in Russia would be at a loss.

Still more interesting than the remarks connected with the question of import, are those related with the export from Russia. Industry in that country was made and is still forcibly made an industry of the State. We will not dweil on the most precarious and from a moral point of view most regretable conditions resulting from this, but only state that the cost of production (notwithstanding the very low wages compared with those of the empire of the Czar and those in West-Europe) was much too high and the quantity of the things produced much too small, so that export was properly speaking out of the question:

1. because they want at home everything very badly;

2. because in connection with the very high price of production they cannot compete abroad with the articles produced there.

They were compelled by necessity to pay attention to these two objections.

For the Soviet-Government cannot do without export to foreign countries; this latter brings in money, and when no money is obtained, the whole regimen is to collapse.

Let us see now how the doctrine that anything is permitted even what is most objectionable, if it only serves to fortify the Bolshevist system, acts in the domain of commerce. In the interior the population is short of everything.

Yet the articles of which they are most