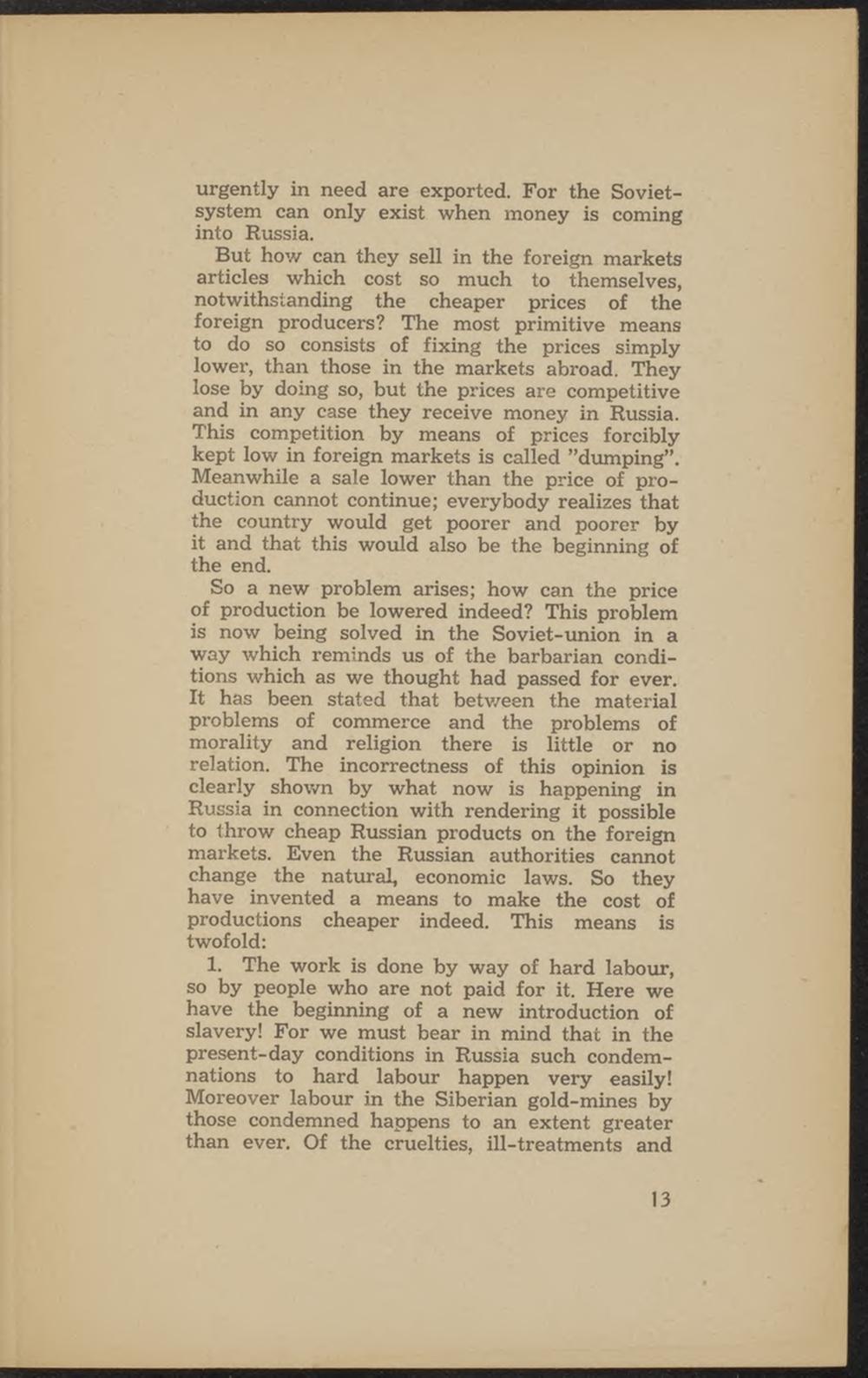 urgently in need are exported. For the Sovietsystem can only exist when money is coming into Russia.

But how can they sell in the foreign markets articles which cost so much to themselves, notwithstanding the cheaper prices of the foreign producers? The most primitive means to do so consists of fixing the prices simply lower, than those in the markets abroad. They lose by doing so, but the prices are competitive and in any case they receive money in Russia. This competition by means of prices forcibly kept low in foreign markets is called "dumping". Meanwhile a sale lower than the price of production cannot continue; everybody realizes that the country would get poorer and poorer by it and that this would also be the beginning of the end.

So a new problem arises; how can the price of production be lowered indeed? This problem is now being solved in the Soviet-union in a way which reminds us of the barbarian conditions which as we thought had passed for ever. It has been stated that between the material problems of commerce and the problems of morality and religion there is little or no relation. The incorrectness of this opinion is clearly shown by what now is happening in Russia in connection with rendering it possible to throw cheap Russian products on the foreign markets. Even the Russian authorities cannot change the naturaL economie laws. So they have invented a means to make the cost of productions cheaper indeed. This means is twofold:

1. The work is done by way of hard labour, so by people who are not paid for it. Here we have the beginning of a new introduction of slavery! For we must bear in mind that in the present-day conditions in Russia such condemnations to hard labour happen very easily! Moreover labour in the Siberian gold-mines by those condemned happens to an extent greater than ever. Of the cruelties, ill-treatments and