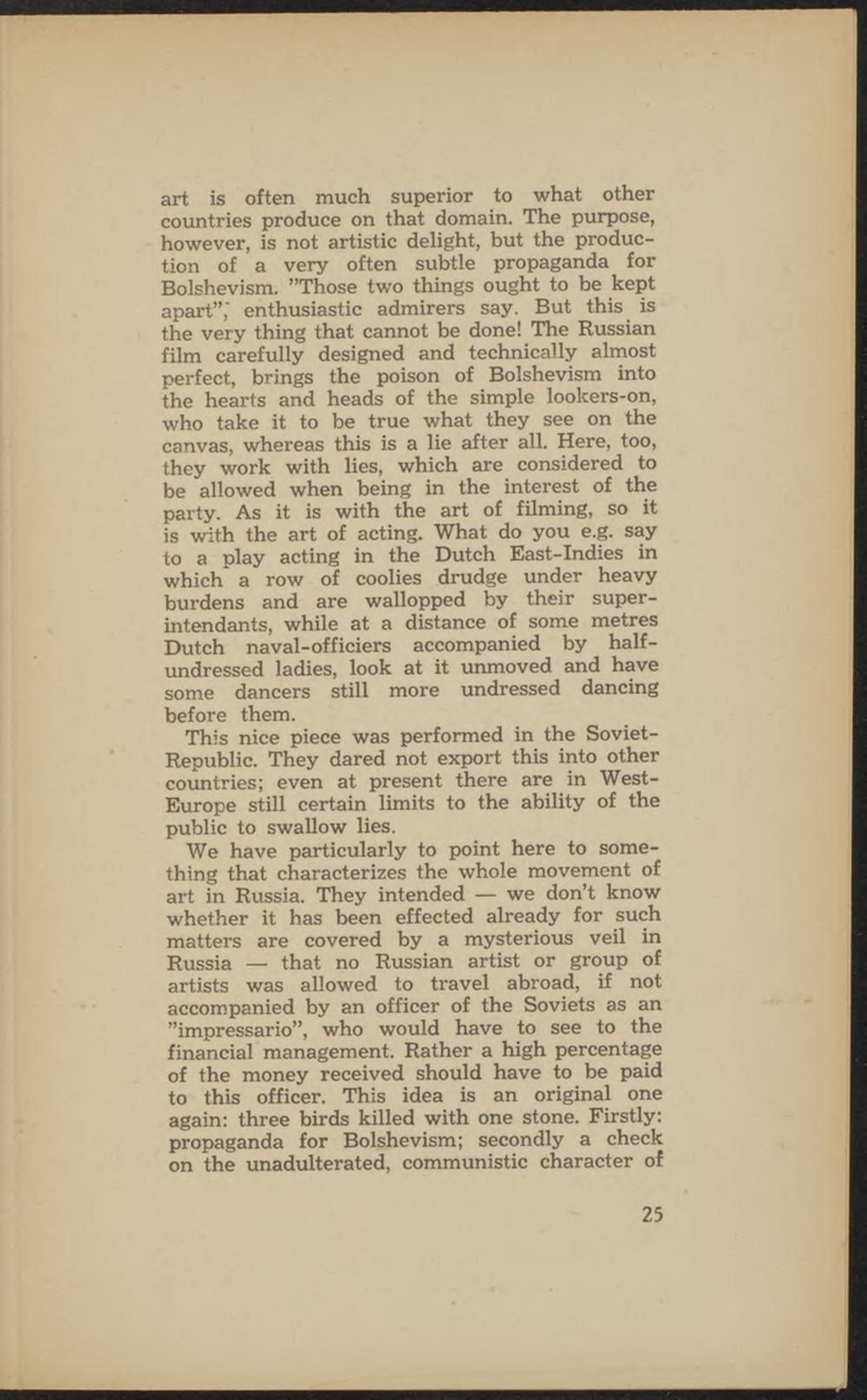 art is often much superior to what other countries produce on that domain. The purpose, however, is not artistic delight, but the production of a very often subtle propaganda for Bolshevism. "Those two things ought to be kept apart",' enthusiastic admirers say. But this_ is the very thing that cannot be done! The Russian film carefully designed and technically almost perfect, brings the poison of Bolshevism into the hearts and heads of the simple lookers-on, who take it to be true what they see on the canvas, whereas this is a lie after all. Here, too, they work with lies, which are considered to be allowed when being in the interest of the party. As it is with the art of filming, so it is with the art of acting. What do you e.g. say to a play acting in the Dutch East-Indies in which a row of coolies drudge under heavy burdens and are wallopped by their superintendants, while at a distance of some metres Dutch naval-officiers accompanied by halfundressed ladies, look at it unmoved and have some dancers still more undressed dancing before them.

This nice piece was performed in the SovietRepublic. They dared not export this into other countries; even at present there are in WestEurope still certain limits to the ability of the public to swallow lies.

We have particularly to point here to something that characterizes the whole movement of art in Russia. They intended — we don't know whether it has been effected already for such matters are covered by a mysterious veil in Russia — that no Russian artist or group of artists was allowed to travel abroad if not accompanied by an officer of the Soviets as an "impressario", who would have to see to the financial management. Rather a high percentage of the money received should have to be paid to this officer. This idea is an original one again: three birds killed with one stone. Firstly: propaganda for Bolshevism; secondly a check on the unadulterated, communistic character of