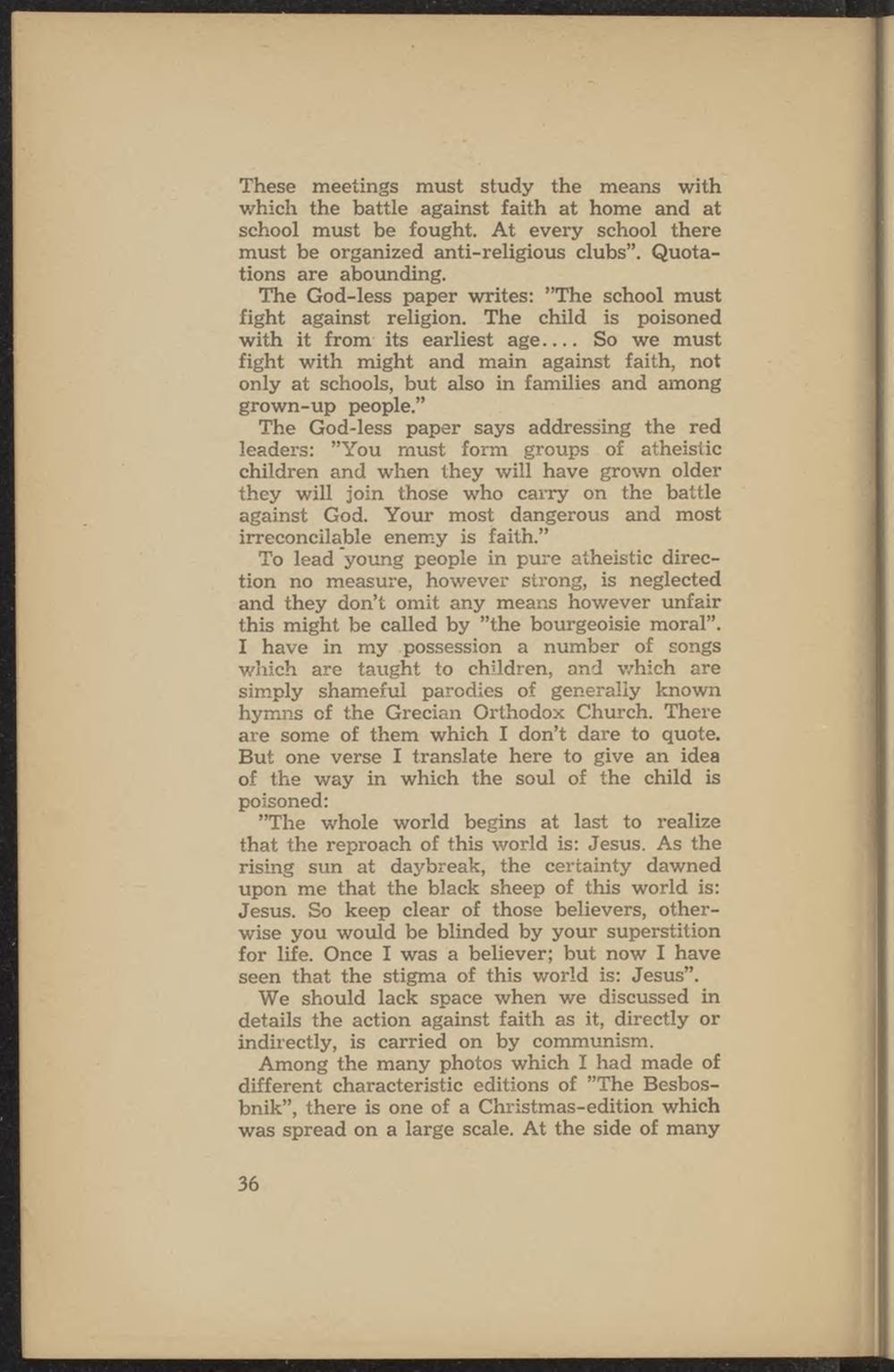 These meetings must study the means with which the battle against faith at home and at school must be fought. At every school there must be organized anti-religious clubs". Quotations are abounding.

The God-less paper writes: "The school must fight against religion. The child is poisoned

with it from- its earliest age So we must

fight with might and main against faith, not only at schools, but also in families and among grown-up people."

The God-less paper says addressing the red leaders: "You must form groups of atheistic children and when they will have grown older they will join those who carry on the battle against God. Your most dangerous and most irreconcilable enemy is faith."

To lead young people in pure atheistic direction no measure, however strong, is neglected and they don't omit any means however unfair this might be called by "the bourgeoisie moral". I have in my possession a number of songs which are taught to children, and which are simply shameful parodies of generally known hymns of the Grecian Orthodox Church. There are some of them which I don't dare to quote. But one verse I translate here to give an idea of the way in which the soul of the child is poisoned:

We should lack space when we discussed in details the action against faith as it, directly or indirectly, is carried on by communism.

Among the many photos which I had made of different characteristic editions of "The Besbosbnik", there is one of a Christmas-edition which was spread on a large scale. At the side of many