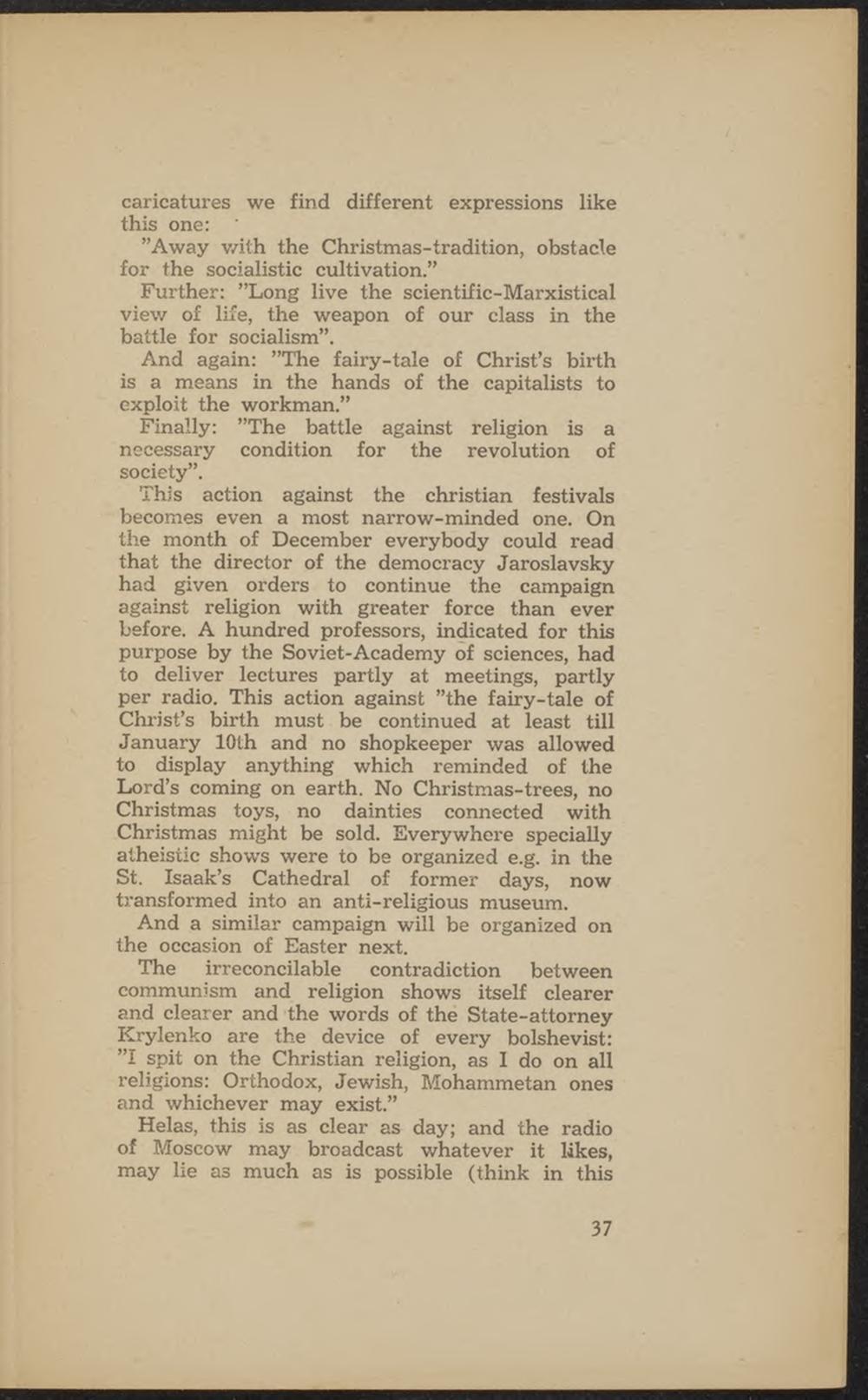 "Away with the Christmas-tradition, obstacle for the socialistic cultivation."

Further: "Long live the scientific-Marxistical view of life, the weapon of our class in the battle for socialism".

And again: "The fairy-tale of Christ's birth is a means in the hands of the capitalists to exploit the workman."

Finally: "The battle against religion is a necessary condition for the revolution of society".

This action against the christian festivals becomes even a most narrow-minded one. On the month of December everybody could read that the director of the democracy Jaroslavsky had given orders to continue the campaign against religion with greater force than ever before. A hundred professors, indicated for this purpose by the Soviet-Academy of sciences, had to deliver lectures partly at meetings, partly per radio. This action against "the fairy-tale of Christ's birth must be continued at least till January lOth and no shopkeeper was allowed to display anything which reminded of the Lord's coming on earth. No Christmas-trees, no Christmas toys, no dainties connected with Christmas might be sold. Everywhere specially atheistic shows were to be organized e.g. in the St. Isaak's Cathedral of former days, now transformed into an anti-religious museum.

And a similar campaign will be organized on the occasion of Easter next.

The irreconcilable contradiction between communism and religion shows itself clearer and clearer and the words of the State-attorney Krylenko are the device of every bolshevist: "I spit on the Christian religion, as I do on all religions: Orthodox, Jewish, Mohammetan ones and whichever may exist."

Helas, this is as clear as day; and the radio of Moscow may broadcast whatever it likes, may lie as much as is possible (think in this