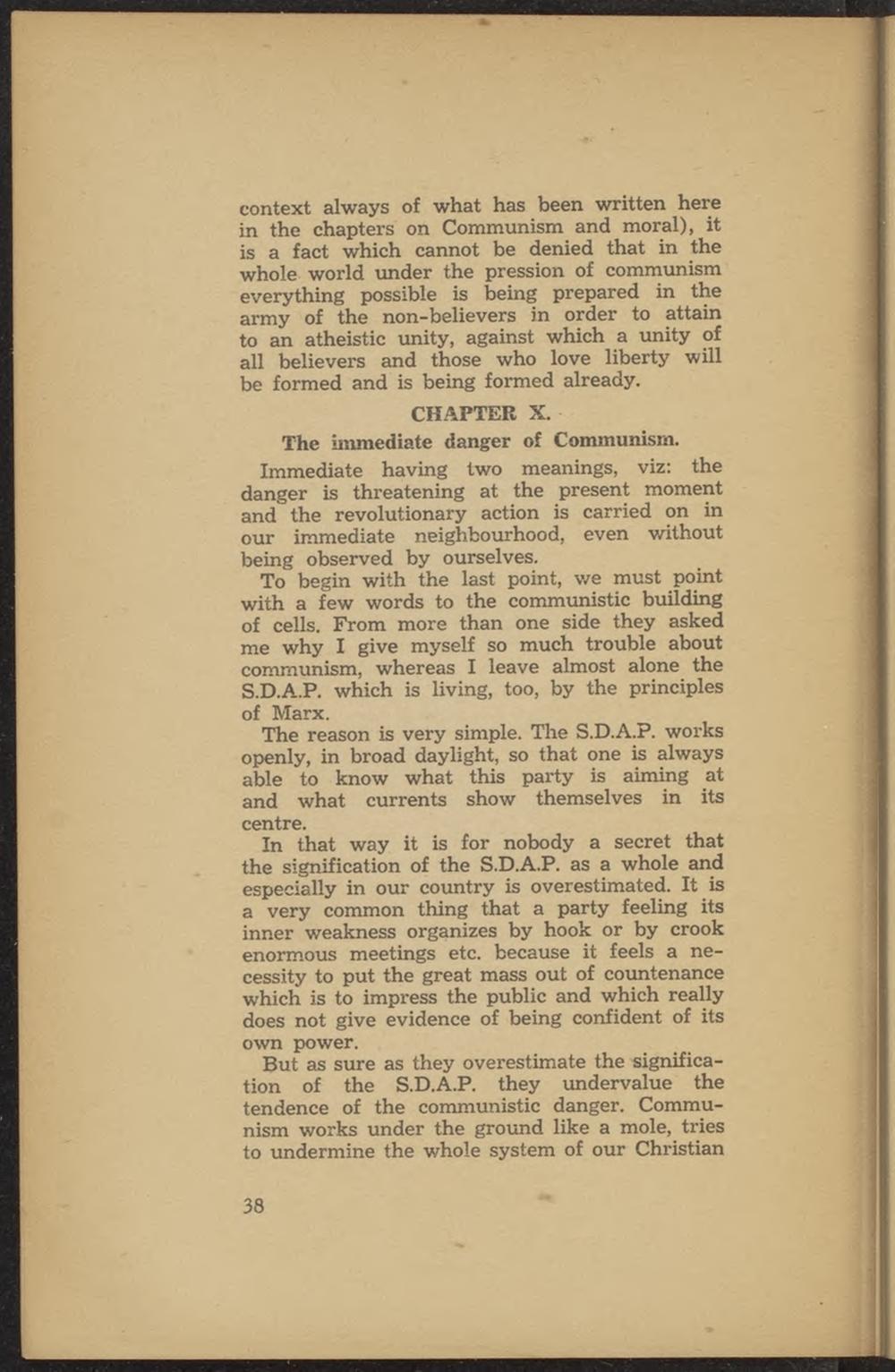 context always of what has been written here in the chapters on Communism and moral), it is a fact which cannot be denied that in the whole world under the pression of communism everything possible is being prepared in the army of the non-believers in order to attain to an atheistic unity, against which a unity of all believers and those who love liberty will be formed and is being formed already.

Immediate having two meanings, viz: the danger is threatening at the present moment and the revolutionary action is carried on in our immediate neighbourhood, even without being observed by ourselves.

To begin with the last point, we must point with a few words to the communistic building of cells. From more than one side they asked me why I give myself so much trouble about communism, whereas I leave almost alone the S.D.A.P. which is living, too, by the principles of Marx.

The reason is very simple. The S.D.A.P. works openly, in broad daylight, so that one is always able to know what this party is aiming at and what currents show themselves in its centre.

In that way it is for nobody a secret that the signification of the S.D.AP. as a whole and especially in our country is overestimated. It is a very common thing that a party feeling its inner weakness organizes by hook or by crook enormous meetings etc. because it feels a necessity to put the great mass out of countenance which is to impress the public and which reaüy does not give evidence of being confident of its own power.

But as sure as they overestimate the -signification of the S.D.A.P. they undervalue the tendence of the communistic danger. Communism works under the ground like a mole, tries to undermine the whole system of our Christian