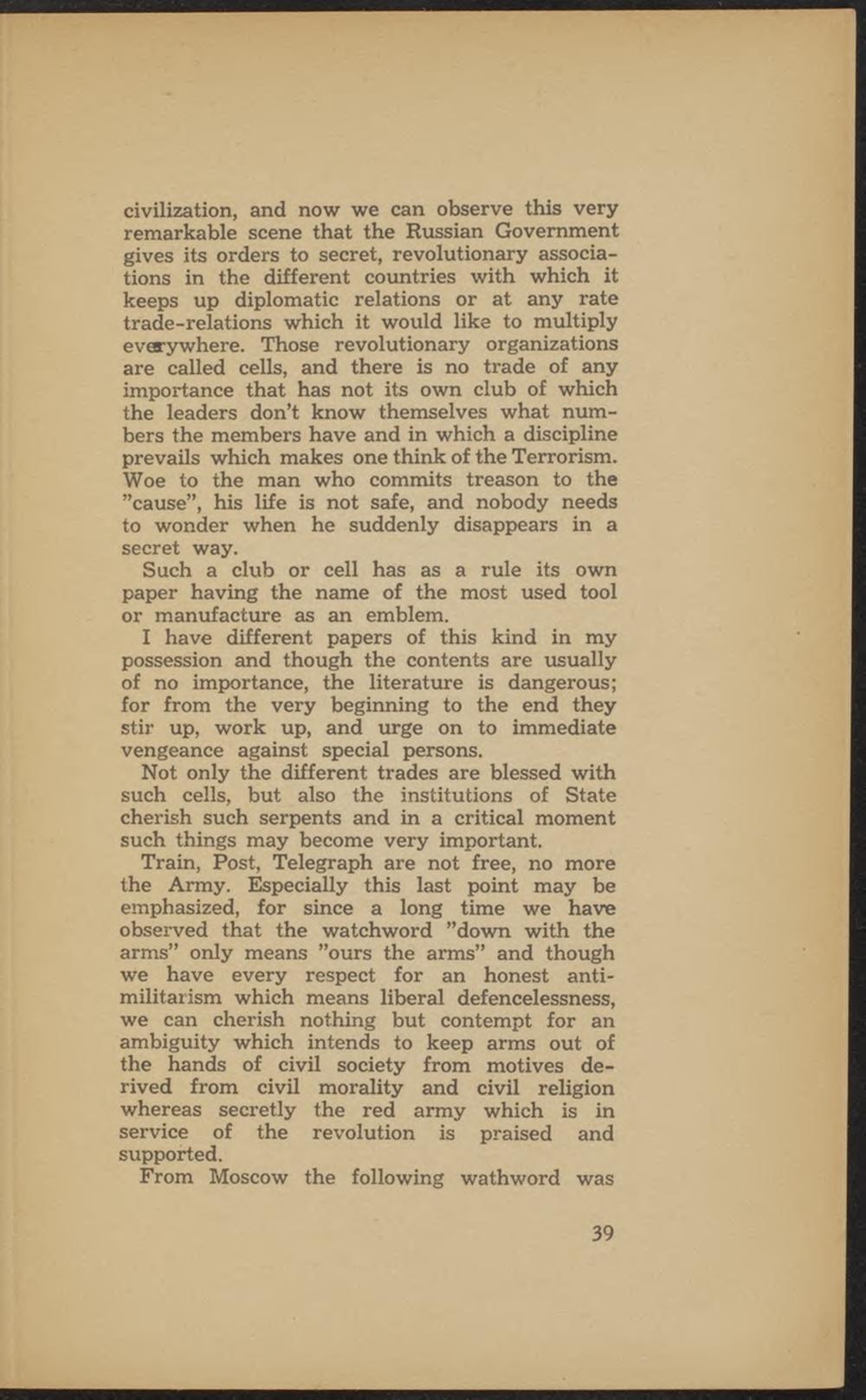 civilization, and now we can observe this very remarkable scène that the Russian Government gives its orders to secret, revolutionary associations in the different countries with which it keeps up diplomatic relations or at any rate trade-relations which it would like to multiply everywhere. Those revolutionary organizations are called cells, and there is no trade of any importance that has not its own club of which the leaders don't know themselves what numbers the members have and in which a discipline prevails which makes one think of the Terrorism. Woe to the man who commits treason to the "cause", his life is not safe, and nobody needs to wonder when he suddenly disappears in a secret way.

Such a club or cell has as a rule its own paper having the name of the most used tooi or manufacture as an emblem.

I have different papers of this kind in my possession and though the contents are usually of no importance, the liter at ure is dangerous; for from the very beginning to the end they stir up, work up, and urge on to immediate vengeance against special persons.

Not only the different trades are blessed with such cells, but also the institutions of State cherish such serpents and in a critical moment such things may become very important.

Train, Post, Telegraph are not free, no more the Army. Especially this last point may be emphasized, for since a long time we have observed that the watchword "down with the arms" only means "ours the arms" and though we have every respect for an honest antimilitarism which means liberal defencelessness, we can cherish nothing but contempt for an ambiguity which intends to keep arms out of the hands of civil society from motives derived from civil morality and civil religion whereas secretly the red army which is in service of the revolution is praised and supported.

From Moscow the following wathword was