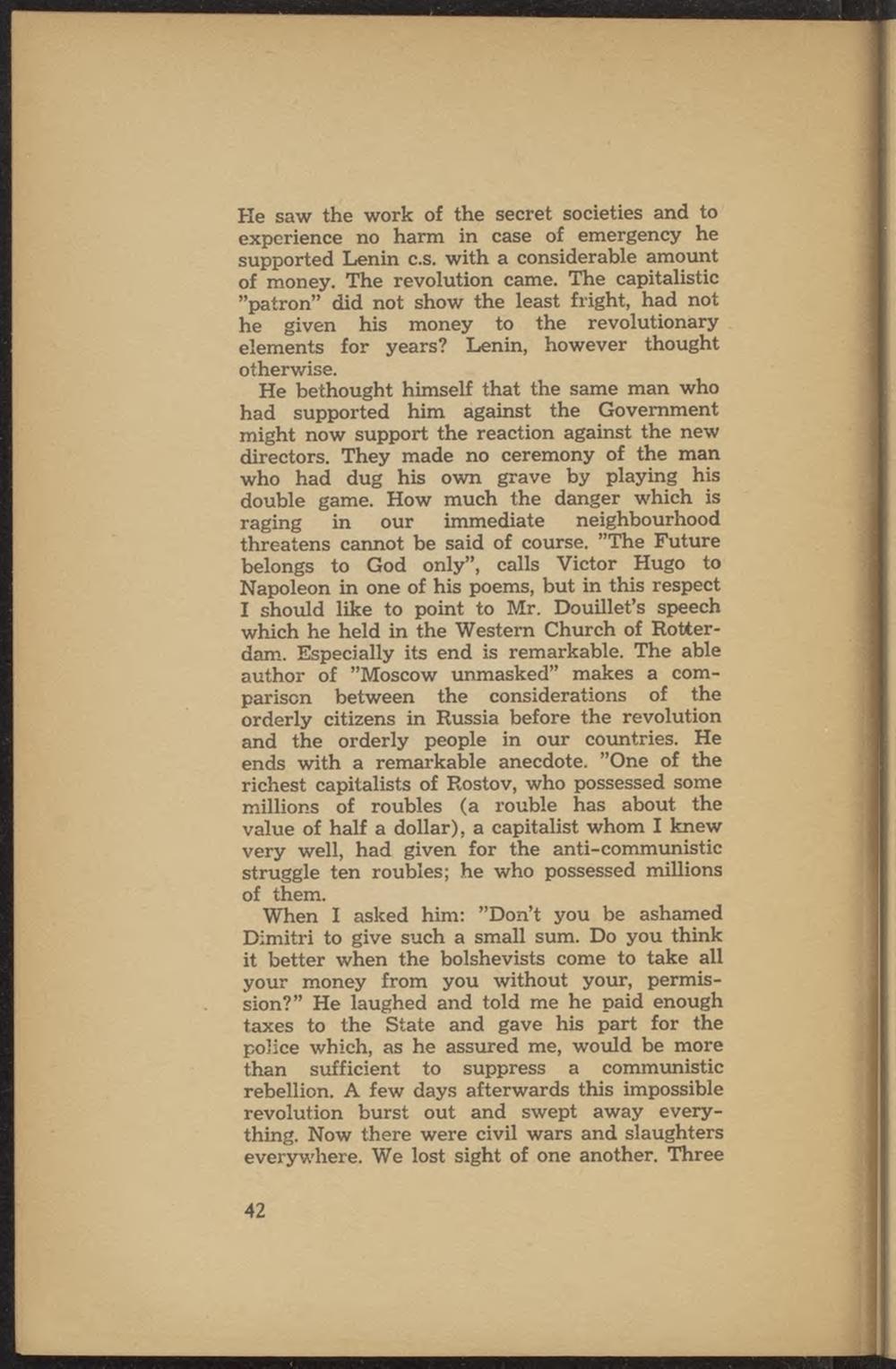 He saw the work of the secret societies and to' experience no harm in case of emergency he supported Lenin c.s. with a considerable amount of money. The revolution came. The capitalistic "patron" did not show the least fright, had not he given his money to the revolutionary elements for years? Lenin, however thought otherwise.

He bethought himself that the same man who had supported him against the Government might now support the reaction against the new directors. They made no ceremony of the man who had dug his own grave by playing his doublé game. How much the danger which is raging in our immediate neighbourhood threatens cannot be said of course. "The Future belongs to God only", calls Victor Hugo to Napoleon in one of his poems, but in this respect I should like to point to Mr. Douillet's speech which he held in the Western Church of Rotterdam. Especially its end is remarkable. The able author of "Moscow unmasked" makes a comparison between the considerations of the orderly citizens in Russia before the revolution and the orderly people in our countries. He ends with a remarkable anecdote. "One of the richest capitalists of Rostov, who possessed some millions of roubles (a rouble has about the value of half a dollar), a capitalist whom I knew very well, had given for the anti-communistic struggle ten roubles; he who possessed millions of them.

When I asked him: "Don't you be ashamed Dimitri to give such a small sum. Do you think it better when the bolshevists come to take all your money from you without your, permission?" He laughed and told me he paid enough taxes to the State and gave his part for the police which, as he assured me, would be more than sufficiënt to suppress a communistic rebellion. A few days afterwards this impossible revolution burst out and swept away everything. Now there were civil wars and slaughters everywhere. We lost sight of one another. Three