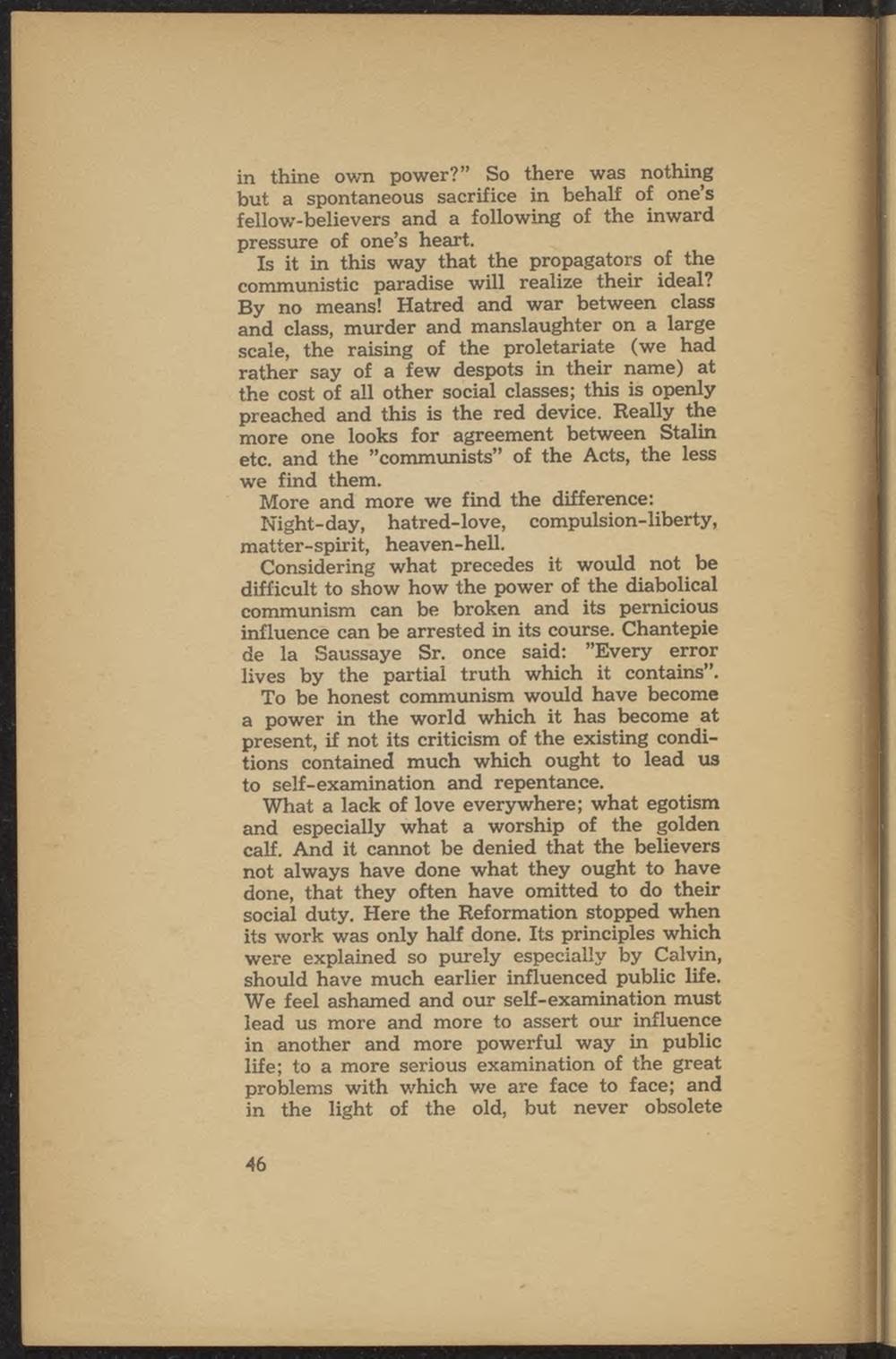 in thine own power?" So there was nothing but a spontaneous sacrifice in behalf of one's fellow-believers and a following of the inward pressure of one's heart.

Is it in this way that the propagators of the communistic paradise will realize their ideal? By no means! Hatred and war between class and class, murder and manslaughter on a large scale, the raising of the proletariate (we had rather say of a few despots in their name) at the cost of all other social classes; this is openly preached and this is the red device. Really the more one looks for agreement between Stalin etc. and the "communists" of the Acts, the less we find them.

More and more we find the difference:

Considering what precedes it would not be difficult to show how the power of the diabolical communism can be broken and its pernicious inf luence can be arrested in its course. Chantepie de la Saussaye Sr. once said: "Every error lives by the partial truth which it contains".

To be honest communism would have become a power in the world which it has become at present, if not its criticism of the existing conditions contained much which ought to lead us to self- examination and repentance.

What a lack of love everywhere; what egotism and especially what a worship of the golden calf. And it cannot be denied that the believers not always have done what they ought to have done, that they often have omitted to do their social duty. Here the Reformation stopped when its work was only half done. Its principles which were explained so purely especially by Calvin, should have much earlier influenced public life. We feel ashamed and our self-examination must lead us more and more to assert our influence in another and more powerful way in public life; to a more serious examination of the great problems with which we are face to face; and in the light of the old, but never obsolete