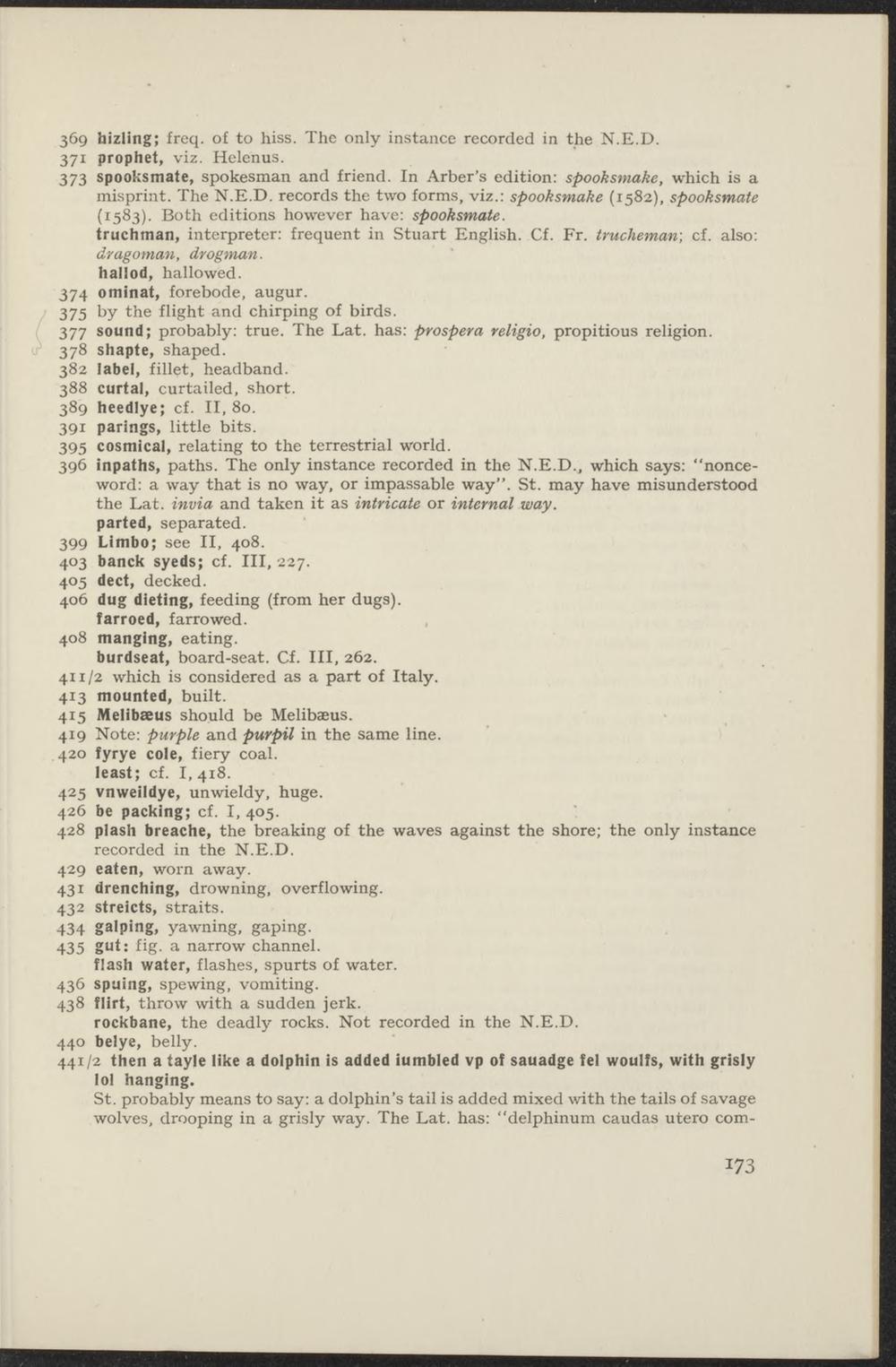 375 by the flight and chirping of birds.

395 cos mi cal, relating to the terrestrial world.

396 inpaths, paths. The only instance recorded in the N.E.D., which says: "nonceword: a way that is no way, or impassable way". St. may have misunderstood the Lat. invia and taken it as intricate or internat way.

419 Note: purple and purpil in the same line.

428 plash breache, the breaking of the waves against the shore; the only instance recorded in the N.E.D.

rockbane, the deadly rocks. Not recorded in the N.E.D. 440 belye, belly.

441/2 then a tayle Hke a dolphin is added iumbled vp of sauadge fel woulfs, with grisly lol hanging.

St. probably means to say: a dolphin's tail is added mixed with the tails of savage wolves, drooping in a grisly way. The Lat. has: "delphinum caudas utero com-