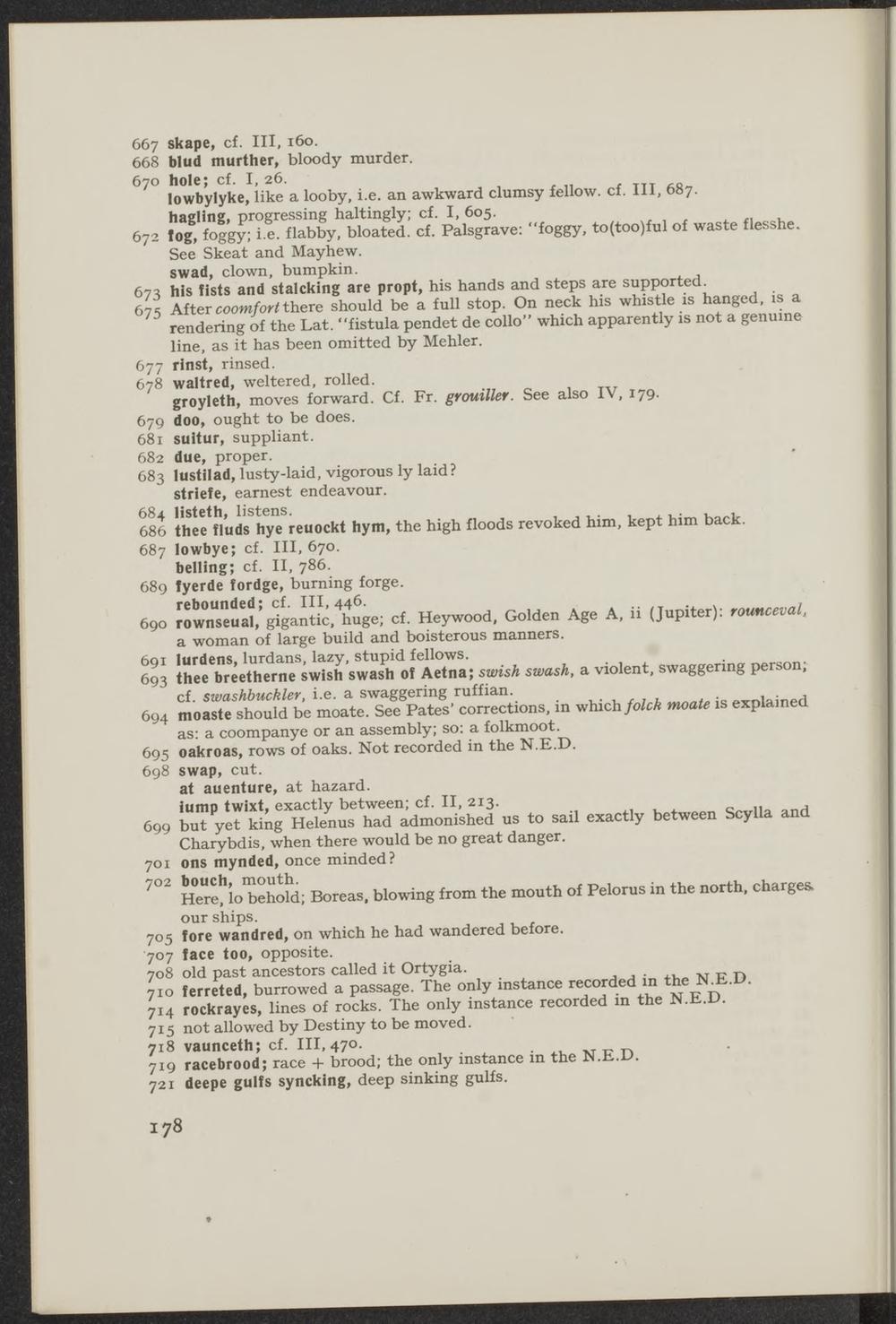 673 hls fists and stalcking are propt, his hands and steps are supported

675 Aftercoomfortthere should be a fnll stop. On neck his whistle is hanged s a rendering of the Lat. "fistula pendet de collo" which apparently is not a genuine line, as it has been omitted by Mehler.

686 IhMflud^liyTreuockt hym, the high floods revoked him, kept him back.

694 moaste should be moate. See Patés' corrections, in which folck moate is expkuned as: a coompanye or an assembly; so: a folkmoot.

699 but yet king Helenus had admonished us to sail exactly between Scylla and Charybdis, when there would be no great danger.

702 So'blhoki; Boreas, blowing from the mouth of Pelorus in the north. charges, our ships.

705 f ore wandred, on which he had wandered before.

708 old past ancestors called it Ortygia. ■nt tt r> 710 ferreted, burrowed a passage. The only instance recorded in the N_E.D.

714 rockrayes, lines of rocks. The only instance recorded m the N.fc.D.

715 not allowed by Destiny to be moved.