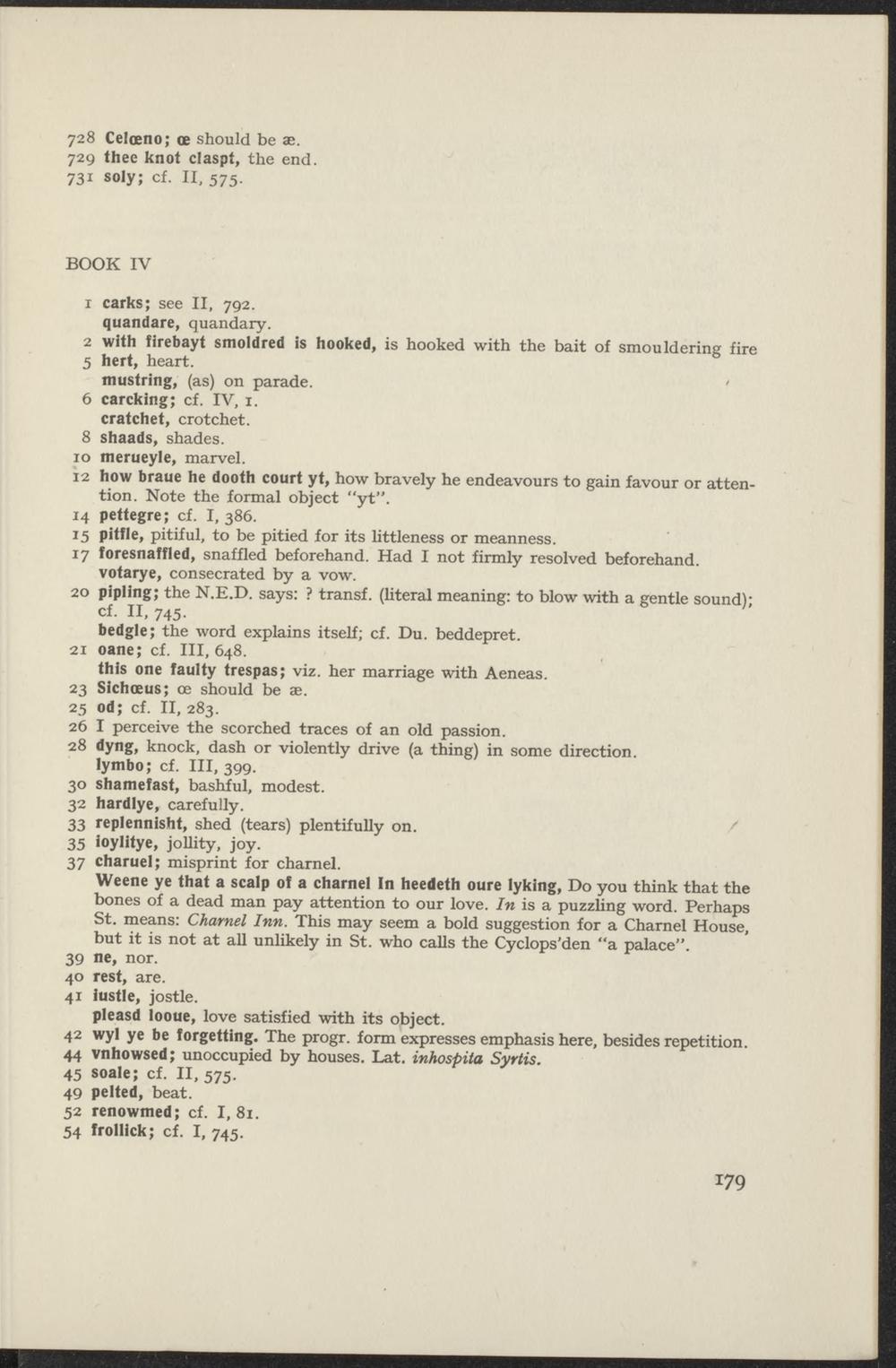 2 with firebayt smoldred is hooked, is hooked with the bait of smouldering fire

12 how braue he dooth court yt, how bravely he endeavours to gain favour or attention. Note the formal object "yt".

15 pitfle, pitiful, to be pitied for its littleness or meanness.

this one faulty trespas; viz. her marriage with Aeneas. 23 Sichceus; ce should be ae.

26 I perceive the scorched traces of an old passion.

28 dyng, knock, dash or violently drive (a thing) in some direction.

Weene ye that a scalp of a charnel In heedeth oure lyking, Do you tiunk that the bones of a dead man pay attention to our love. In is a puzzling word. Perhaps St. means: Charnel Inn. This may seem a bold suggestion for a Charnel House, but it is not at all unlikely in St. who calls the Cyclops'den "a palace".