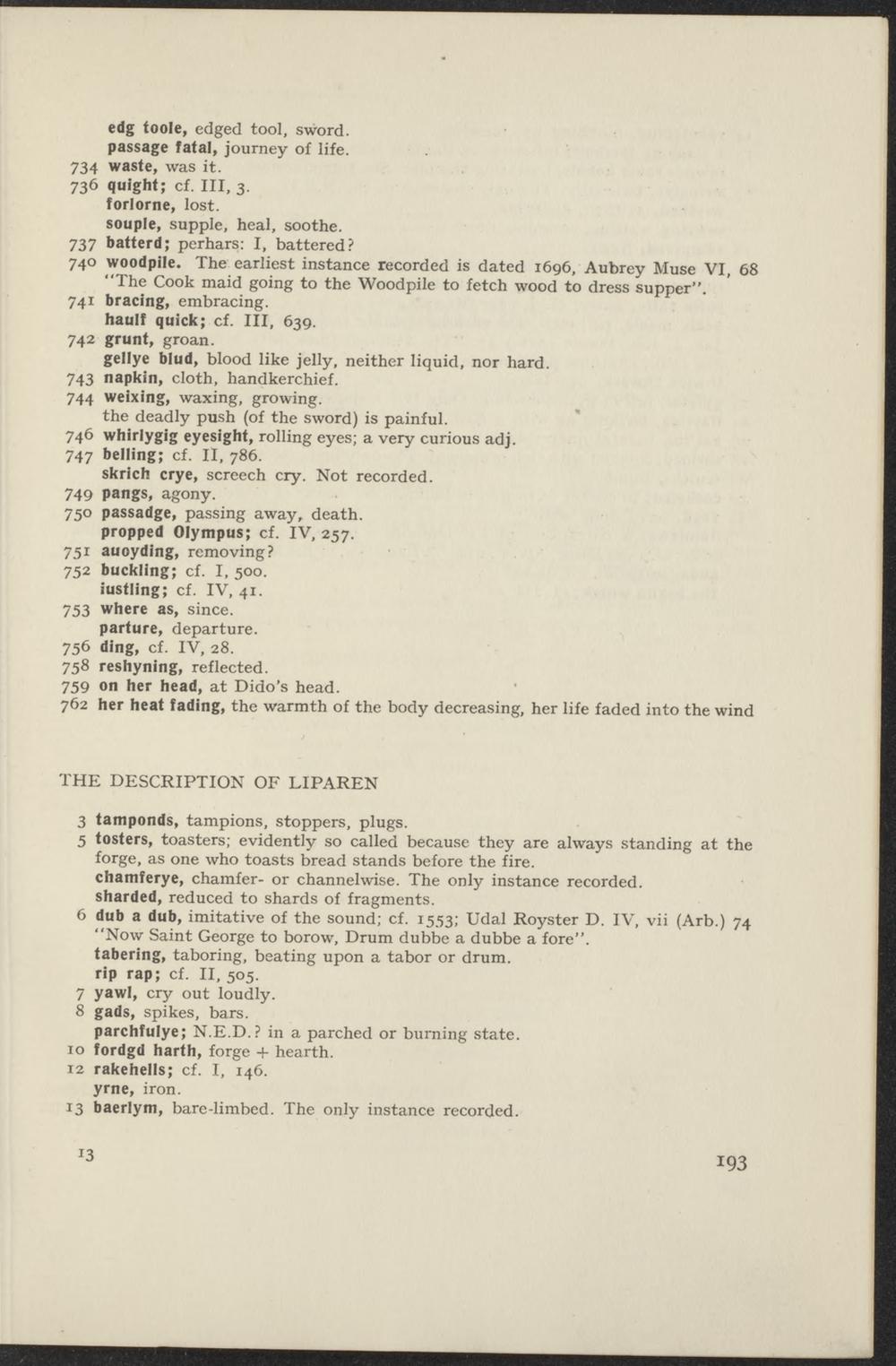 740 woodpile. The. earliest instance recorded is dated 1696, Aubrey Muse VI, 68 "The Cook maid going to the Woodpile to fetch wood to dress supper".

gellye blud, blood like jelly, neither liquid, nor hard.

the deadly push (of the sword) is painful.

753 where as, since. parture, departure.

762 her heat fading, the warmth of the body decreasing, her life faded into the wind

5 tosters, toasters; evidently so called because they are always standing at the forge, as one who toasts bread stands before the fire.

chamferye, chamfer- or channelwise. The only instance recorded. sharded, reduced to shards of fragments.