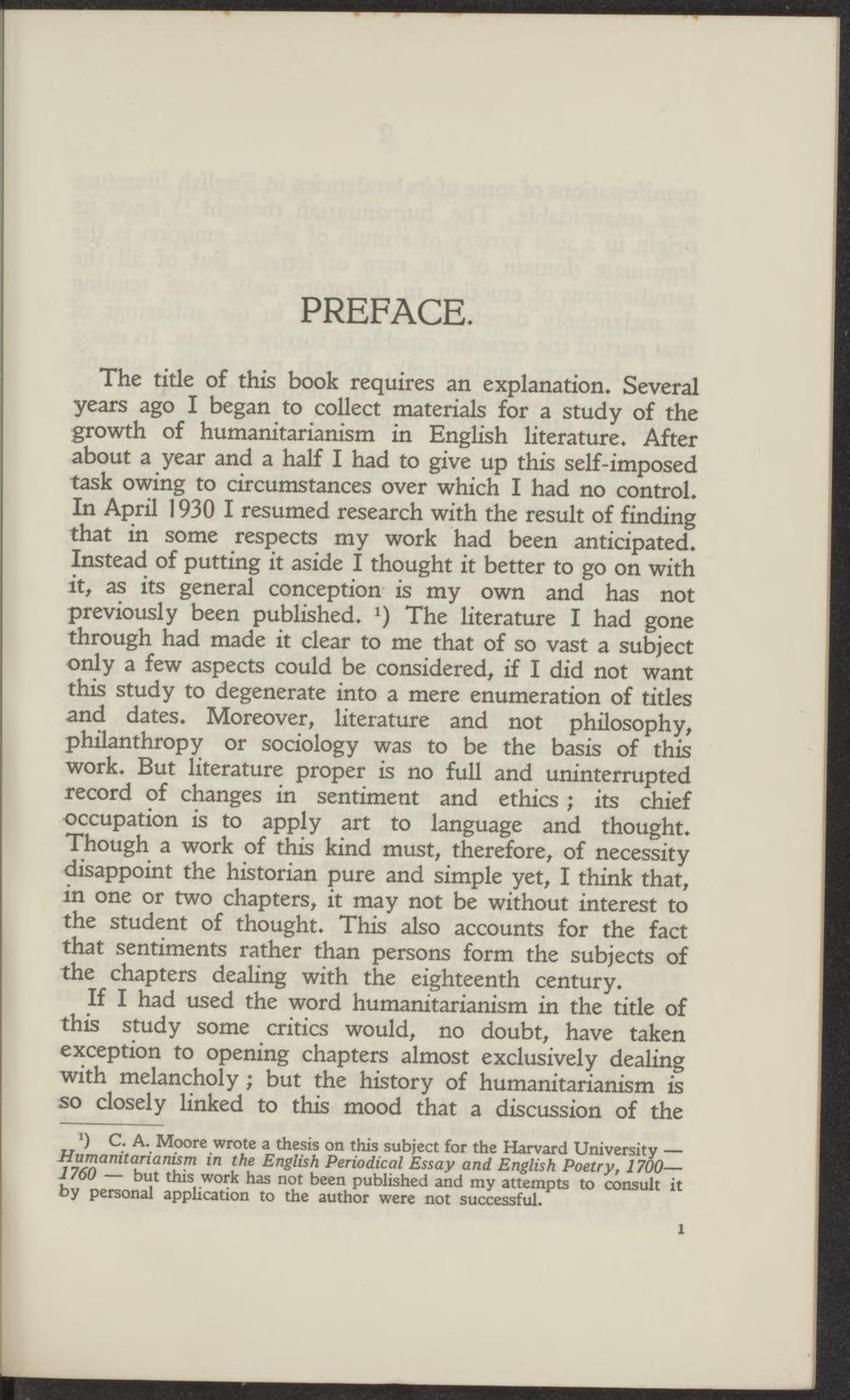 The title of this book requires an explanation. Several years ago I began to collect materials for a study of the growth of humanitarianism in English hterature. After about a year and a half I had to give up this self-imposed task owing to drcumstances over which I had no control. In April 1930 I resumed research with the result of finding that in some respects my work had been anticipated. Instead of putting it aside I thought it better to go on with it, as its general conception is my own and has not previously been published. The literature I had gone through had made it clear to me that of so vast a subject only a few aspects could be considered, if I did not want this study to degenerate into a mere enumeration of tides and dates. Moreover, Hterature and not philosophy, philanthropy or sociology was to be the basis of this work. But literature proper is no full and uninterrupted record of changes in sentiment and ethics; its chief occupation is to apply art to language and thought. Though a work of this kind must, therefore, of necessity disappoint the historian pure and simple yet, I thïnk that, in one or two chapters, it may not be without interest to the student of thought. This also accounts for the fact that sentiments rather than persons form the subjects of the chapters dealing with the eighteenth century.

If I had used the word humamtarianism in the tide of this study some critics would, no doubt, have taken exception to opening chapters almost exdusively dealing with melancholy j but the history of humanitarianism is so closely linked to this mood that a discussion of the

*) C; A. Moore wrote a thesis on this subject for the Harvard Universitv — Mumamtananism in the English Periodical Essay and English Poetry, 1700— 1760 — but this work has not been published and my attempts to consult it by personal apphcaüon to the autbor were not successful.