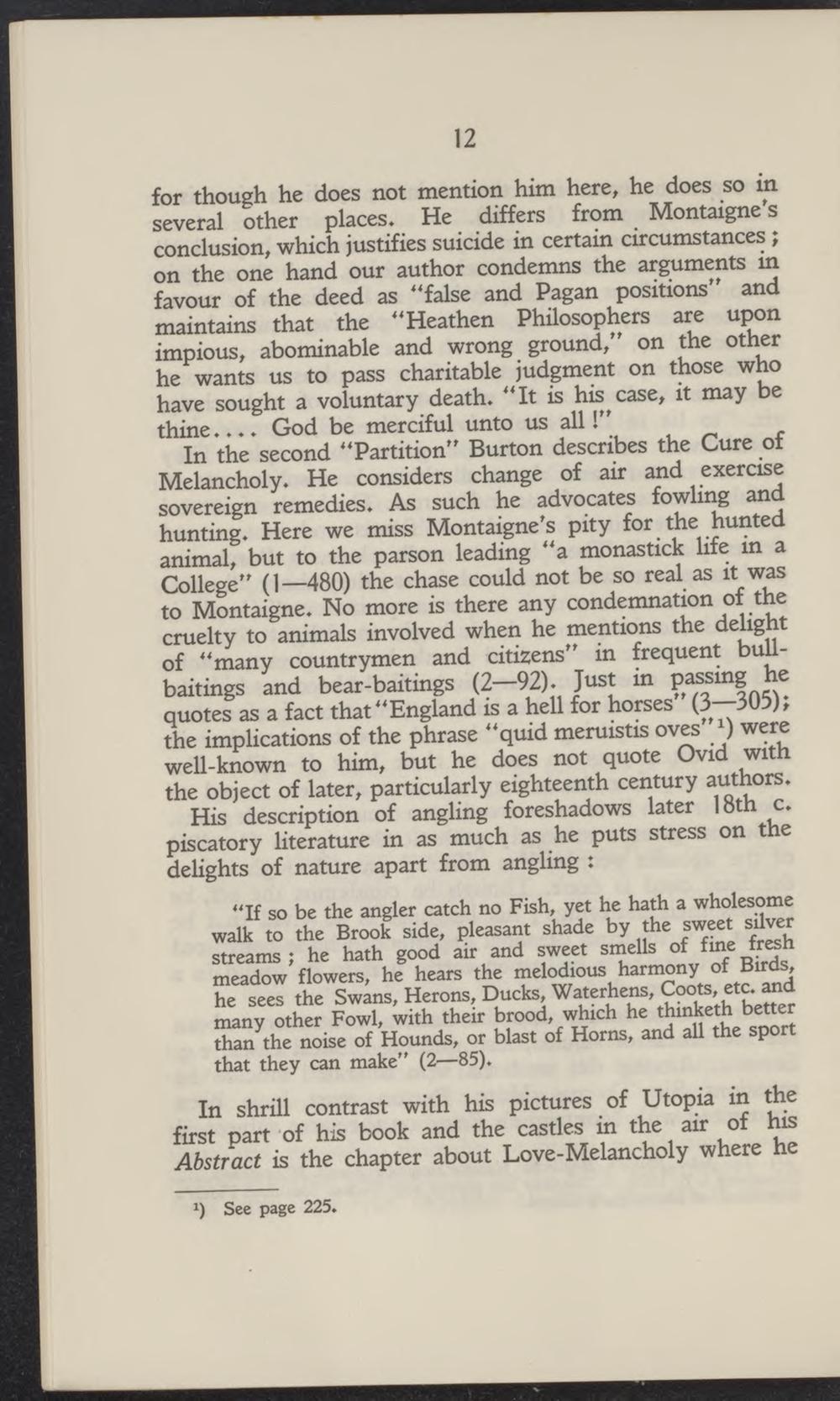 for though he does not mention him here, he does so in several other places. He differs from Montaigne s conclusion, which justifies suicide in certain circumstances; on the one hand our author condemns the arguments in favour of the deed as "fake and Pagan positions and maintains that the "Heathen Philosophers are upon impious, abominable and wrong ground, on the otner he wants us to pass charitable judgment on those who have sought a voluntary death. "It is hiscase, it may be thine God be merciful unto us all I"

In the second "Partrüon" Burton desenbes the Cure oi Melancholy. He considers change of air and exercise sovereign remedies. As such he advocates fowling and hunting. Here we miss Montaigne's pity for the hunted animal, but to the parson leading "a monastiek Meina College" (1—480) the chase could not be so real as it was to Montaigne. No more is there any condemnation of the cruelty to animals involved when he mentions the delight of "many countrymen and citiïens'' in frequent buübaitings and bear-baitings (2-92). Just m P*J"| quotes as a fact that"England is a heil for horses (3—305), the implications of the phrase "quid meruistts oves ) were well-known to him, but he does not quote Ovid with the object of later, particularly eighteenth century authors.

His description of angling foreshadows later löth c. piscatory Hterature in as much as he puts stress on the delights of nature apart from angling:

"If so bc the angler catch no Fish, yet he hath a wholesome walk to the Brook side, pleasant shade by the sweet silver streams ; he hath good air and sweet smells of fme fresri meadow flowers, he hears the melodious harmony of Birds, he sees the Swans, Herons, Ducks, Waterhens, Coots, etc. and rn^nTotheï Fowl, with their brood, which he tWnketh better SVrnoise of Hounds, or blast of Horns, and aU the sport that they can make" (2—85).