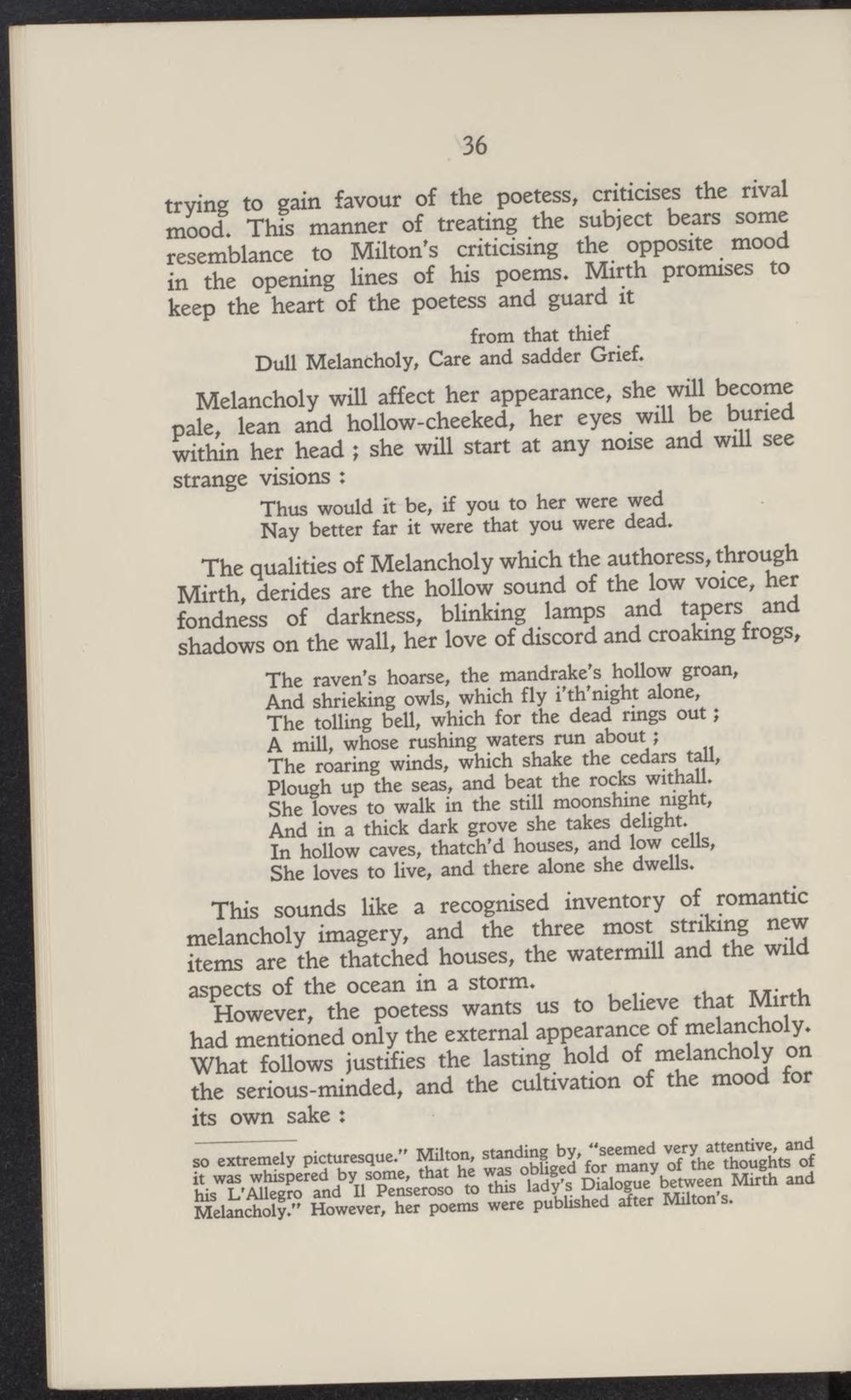 trving to gain favour of the poetess, critiases the nval mood. TrA manner of treating the subject bears some resemblance to Milton's critidsing the opposite mood in the opening lines of his poems. Mirth promises to keep the heart of the poetess and guard it

from that thicf Dull Melancholy, Care and sadder Grief.

Melancholy will affect her appearance, she wffl become pale, lean and hollow-cheeked, her eyes will be buried within her head; she will start at any noise and wul see strange visions :

Thus would it be, if you to her were wed Nay better far it were that you were dead.

The qualities of Melancholy which the authoress, through Mirth, derides are the hollow sound of the low voice, her fondness of darkness, bhnking lamps and tapers and shadows on the wall, her love of discord and croaking frogs, The raven's hoarse, the mandrake's hollow groan, And shrieking owls, which fly i'th'night alone, The tolling bell, which for the dead ruigs out; A mill, whose rushing waters run about; The roaring winds, which shake the cedars tall, Ploueh up the seas, and beat the rocks withaU. She loves to walk in the still moonslune night, And in a thick dark grove she takes delight. In hollow caves, thatch'd houses, and low cells, She loves to live, and there alone she dwells. This sounds like a recognised inventory of romantic melancholy imagery, and the three most smking new items are the thatched houses, the watermul and the wdd aspects of the ocean in a storm.

However, the poetess wants us to beheve that Mirth had mentioned only the external appearance of mdancWy. What follows justifies the lasting hold of melancholy on the serious-minded, and the cultivation of the mood for its own sake:

Melancholy." However, her poems were published after Müton s.