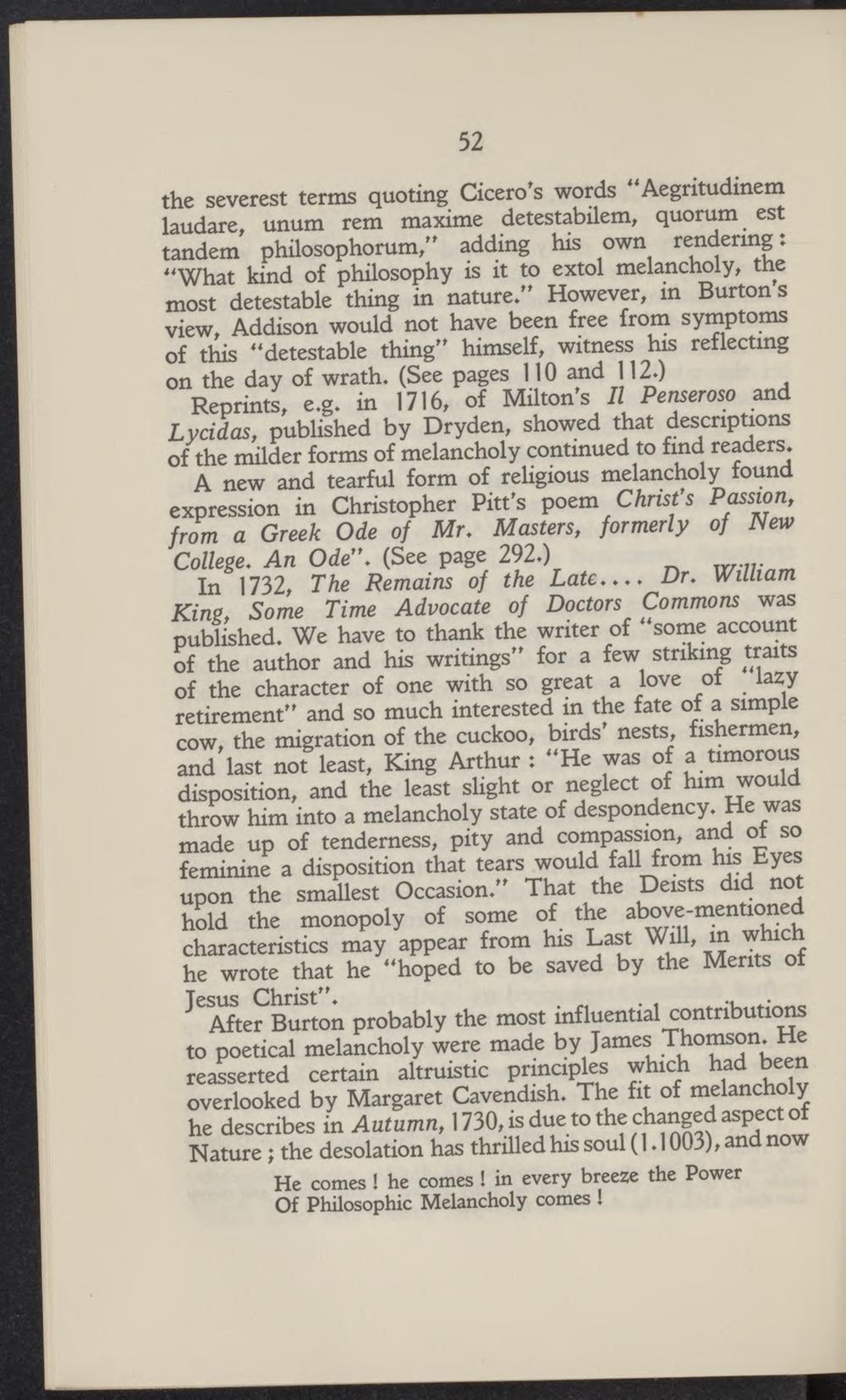 the severest terms quoting Cicero's words Aegritudinem laudare, unum rem maxime detestabüem, quorum est tandem prulosophorum," adding his own rendenng: "What kind of phüosophy is it to extol melancholy, the most detestable thing in nature." However, m Burton s view, Addison would not have been free from symptoms of this "detestable thing" himself, witness his reflecting on the day of wrath. (See pages 110 and 112.)

Reprints, e.g. in 1716, of Milton's II Penseroso and Lycidas, published by Dryden, showed that descnptions of the müder forms of melancholy continued to fmd readers.

In 1732, The Remains of the Late.... Dr. William King, Some Time Advocate of Doctors Commons was published. We have to thank the writer of some account of the author and his writings" for a few striking traite of the character of one with so great a love ot lazy retirement" and so much interested in the fate of a simple cow, the migration of the cuckoo, birds' nests, fishermen, and last not least, King Arthur : "He was of a timorous disposition, and the least shght or neglect of him would throw him into a melancholy state of despondency. He was made up of tenderness, pity and compassion, and ot so feminine a disposition that tears would faU from his Eyes upon the smallest Occasion." That the Deists did not hold the monopoly of some of the aboye-mentioned characteristics may appear from his Last W ill , in which he wrote that he "hoped to be saved by the Ments of

After Burton probably the most mfluential contributions to poetical melancholy were made by James Jhomson. He reasserted certain altruistic prinaples which had been overlooked by Margaret Cavendish. The fit of melancholy he describes in Autumnt 1730, is dueto the changed aspect of Nature; the desolation has thrüled his soul (1.1003), and now He comes l he comes! in every breeze the Power Of Philosophic Melancholy comes 1