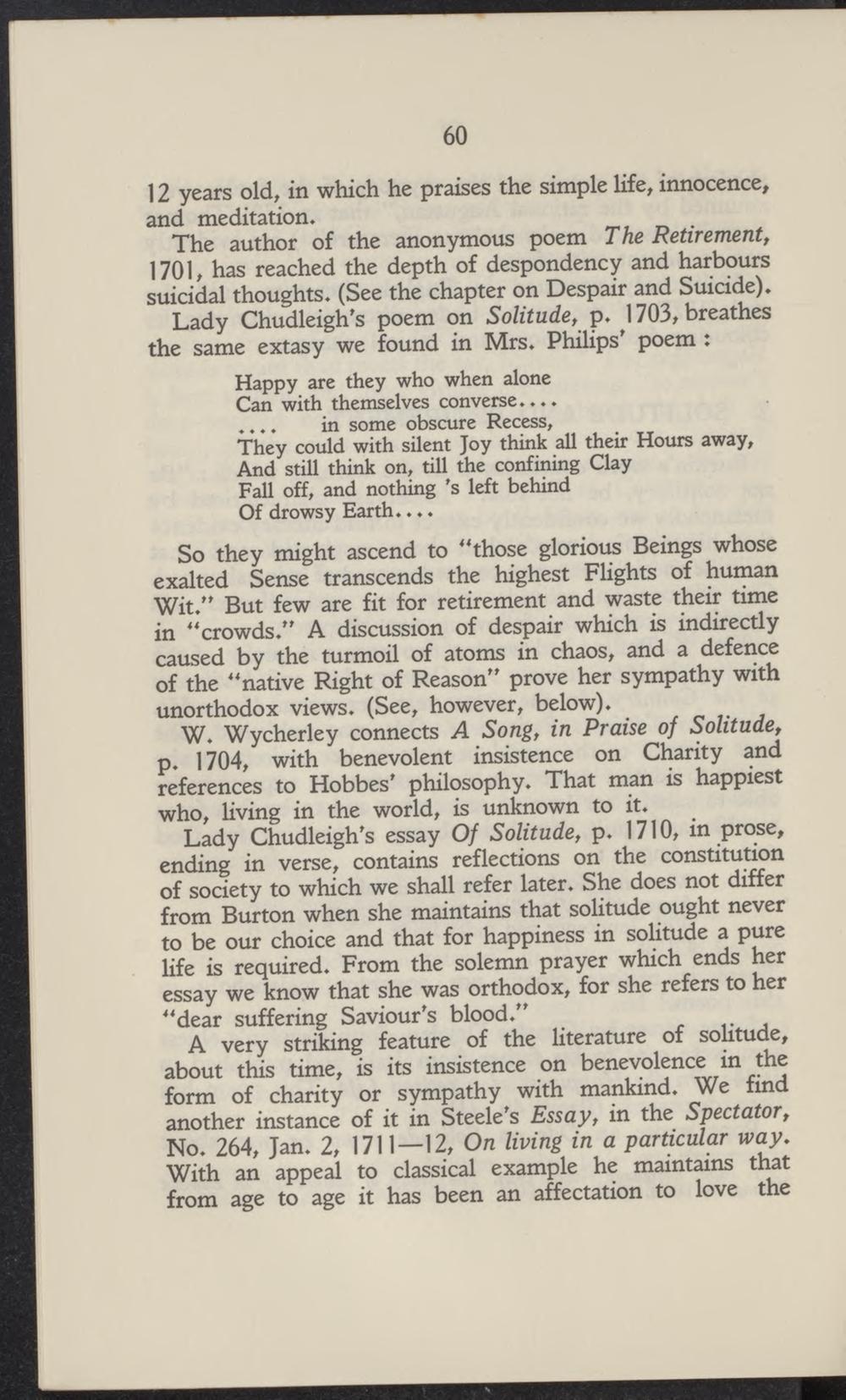 12 years old, in which he praises the simple life, innocence, and meditation. .

The author of the anonymous poem The Retirement, 1701, has reached the depth of despondency and harbours suicidal thoughts. (See the chapter on Despair and Suïcide).

Happy are they who when alone

Can with themselves converse....

They could with silent Joy think all their Hours away,

And suil think on, tul the ronfining Clay

Fall off, and nothing 's left behind

So they might ascend to "those glorious Beings whose exalted Sense transcends the highest Fhghts of human Wit." But few are fit for retirement and waste their tune in "crowds." A discussion of despair which is indirecdy caused by the turmoil of atoms in chaos, and a defence of the "native Right of Reason" prove her sympathy with unorthodox views. (See, however, below).

W. Wycherley connects A Song, in Praise of Sohtude, p. 1704, with benevolent insistence on Charity and references to Hobbes' phüosophy. That man is happiest who, living in the world, is unknown to it.

Lady Chudleigh's essay Of Solitude, p. 1710, in prose, ending in verse, contains reflections on the constitution of society to which we shall refer later. She does not differ from Burton when she maintains that solitude ought never to be our choice and that for happiness in solitude a pure life is required. From the solemn prayer which ends her essay we know that she was orthodox, for she refers to her "dear suffering Saviour's blood."

A very striking feature of the hterature of sohtude, about this time, is its insistence on benevolence m the form of charity or sympathy with mankind. We rind another instance of it in Steele's Essay, in the Spectator, No. 264, Jan. 2, 1711—12, On living in a particular way. With an appeal to classical example he maintains that from age to age it has been an affectation to love the