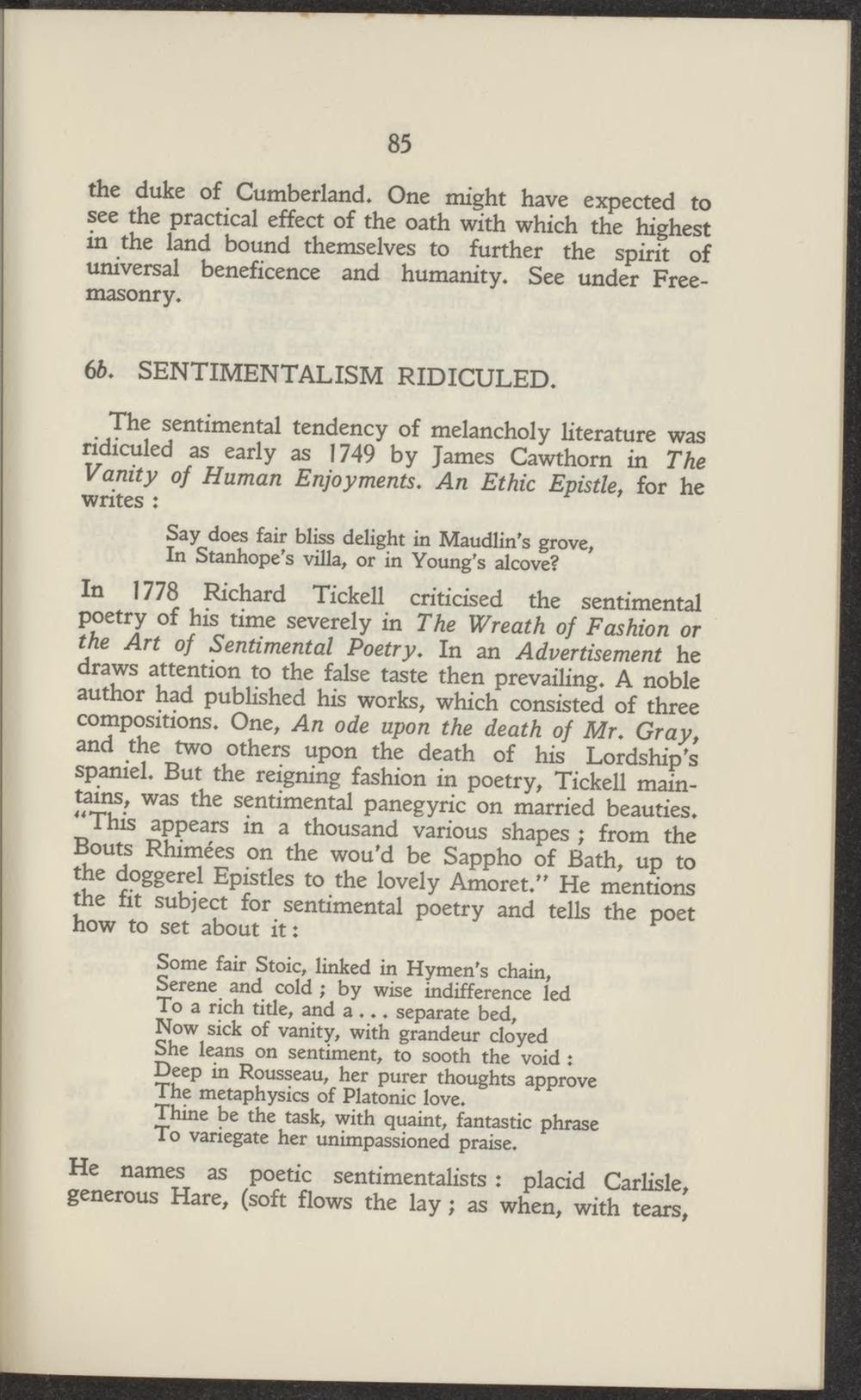 the duke of Cumberland. One might have expected to see the practical effect of the oath with which the highest m the land bound themselves to further the spirit of umversal beneficence and humanity. See under Freemasonry.

The sentimental tendency of melancholy hterature was ndiculed as early as 1749 by James Cawthorn in The Vamty of Human Enjoyments. An Ethic Epistle, for he wntes :

Say does fair bliss delight in Maudlin's grove, In Stanhope's villa, or in Young's alcove?

In 1778 Richard Tickell criticised the sentimental poetry of his tune severely in The Wreath of Fashion or the Art of Sentimental Poetry. In an Advertisement he draws attention to the false taste then prevailing. A noble author had published his works, which consisted of three compoations. One, An ode upon the death of Mr. Gray, and the two others upon the death of his Lordship's spaniel. But the reigning fashion in poetry, Tickell maintains, was the sentimental panegyric on married beauties.

ims appears m a thousand various shapes; from the Boute Rhimées on the wou'd be Sappho of Bath, up to the doggerei Episdes to the lovely Amoret." He mentions the rit subject for sentimental poetry and tells the poet now to set about it:

Some fair Stoic, linked in Hymen's chain, Serene and cold; by wise indifference led To a nch tide, and a... separate bed, Now sick of vanity, with grandeur cloyed bhe leans on sentiment, to sooth the void: Deep in Rousseau, her purer thoughts approve The metaphysics of Platonic love. Thine be the task, with quaint, fantastic phrase lo variegate her unimpassioned praise.

He names as poetic sentimentalists: placid Carlisle. generous Hare, (soft flows the lay; as when, with tears!